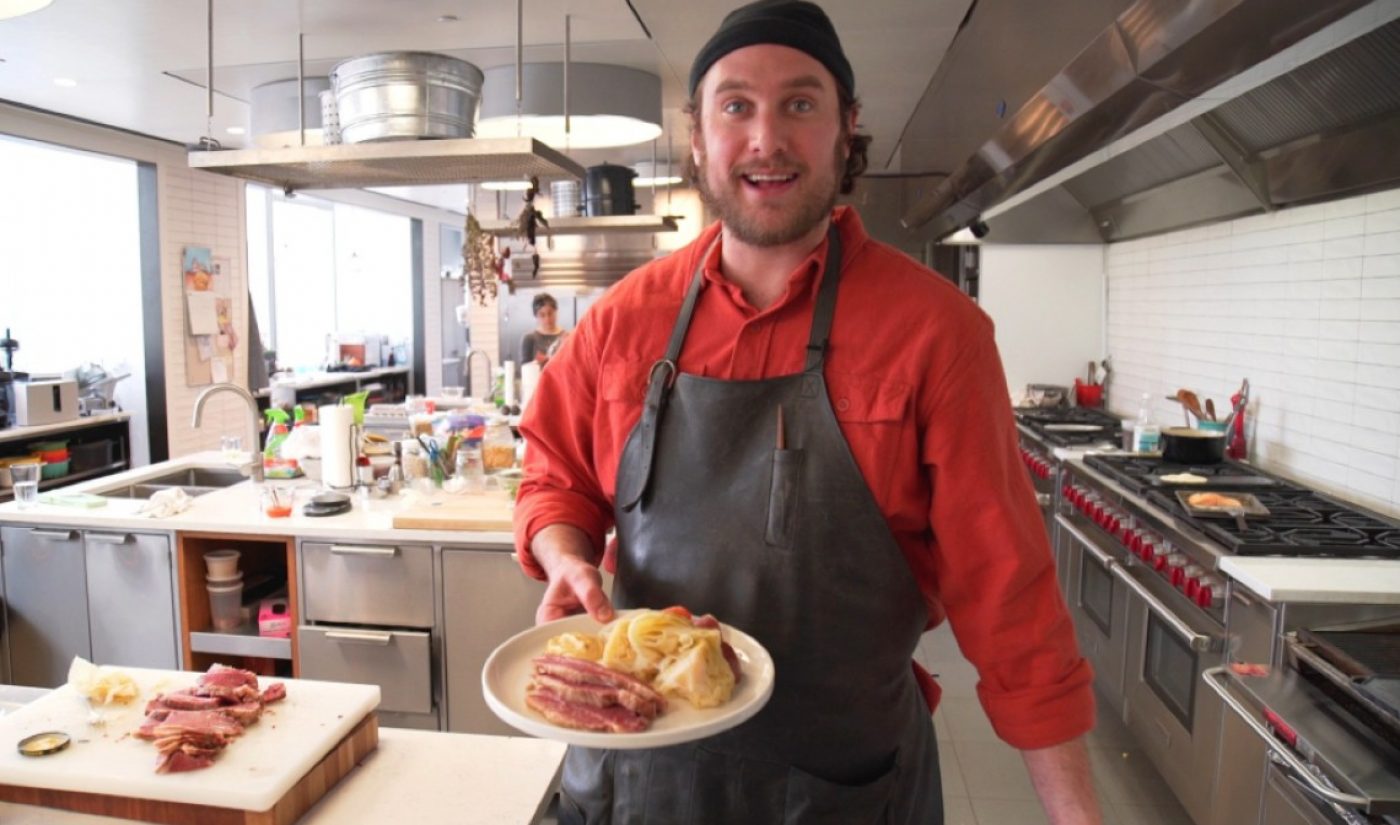 After building a massive and dedicated following on YouTube, Bon Appétit’s so-called ‘Test Kitchen’ staff — who populate its digital programming and also appeared on the cover of its November issue — is set to feature prominently on the Condé Nast-owned title’s new smart TV channel.

Tomorrow, the company will launch a channel on Samsung TV Plus — a 24-hour linear hub that serves to complement its on-demand content, the company says. Given that many of the publication’s YouTube videos are upwards of 30 minutes in length, they’re a perfect fit for the lean-back, smart TV format. Bon Appétit first launched its free OTT channel in February — available on Roku, Apple TV, Amazon Fire TV, and Android TV — and says that viewers are spending more than an hour per session on the hub.

Samsung TV Plus is an ad-supported video service that comes pre-installed on all Samsung-branded smart TVs since 2016. The company says that it has “millions of users” with programming that spans news, sports, and entertainment.

The channel will feature all of the Test Kitchen favorites, including Gourmet Makes, in which digital star and Bon Appétit staffer Claire Saffitz recreates gourmet iterations of classic junk food items (from Twinkies to Gushers); It’s Alive, in which host Brad Leone (pictured above) cooks meals with living ingredients; Reverse Engineering, in which deputy food editor Chris Morocco attempts to recreate iconic dishes blindfolded; and Making Perfect — in which the whole crew comes together to create all of the different components of a perfect meal.

In 2019, Bon Appétit has garnered 1 billion views across all platforms, the company says, a 19% year-over-year bump. The company has 4.7 million YouTube subscribers, and says that 40% of its videos land on the platform’s ‘Trending’ tab, led by the success of Gourmet Makes.