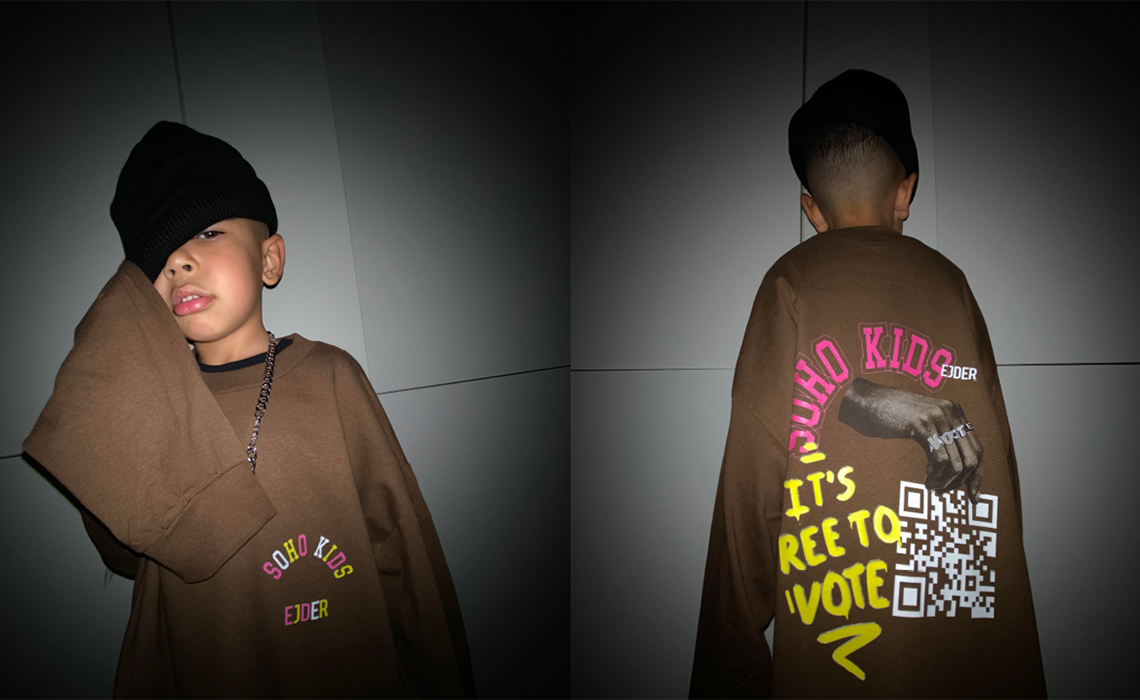 Fashion vlogger Kofi McCalla, who’s amassed 609K subscribers on YouTube by curating “the cool kid’s guide” to street styles around the world, is now guiding his young viewers toward something else: registering to vote ahead of the U.K.’s general election on Dec. 12.

McCalla (aka The Unknown Vlogs) and his own new fashion label SOHO KIDS have teamed up with London-based streetwear retailer EJDER to design a T-shirt emblazoned with the slogan “It’s free to vote” and a large QR code meant to be easily scanned by passersby with smartphones. When someone scans the code, it’ll automatically take them to an official voter registration website.

The T-shirts were printed in a limited quantity and are being sold at production cost: £25. McCalla will distribute them personally at three U.K. locations this coming Saturday, Nov. 23.

“With this collaboration, I really want to help engage and mobilize young people to know that their beliefs are important and their vote matters,” McCalla tells Tubefilter. “Young people have the power to create change, and I hope, in some way, these tees and city visits will encourage people to engage in politics, and get involved in our upcoming election.”

ITS FREE TO VOTE tees dropping this Saturday. They will only be available at the three locations listed on the flyer. Limited quantities, (£25 each – non profit making) give aways and conversation. @icykof will be filming so come and share your thoughts & opinions. The primary objective is simply to drive the conversation regarding the election and politics in general. It’s good to talk 🗣 #itsfreetovote

McCalla plans to document his London, Birmingham, and Manchester stops in a video that’ll go up on his YouTube channel in the coming weeks.

Logan Paul vs. KSI 2 Turned Into A Legit Boxing Event