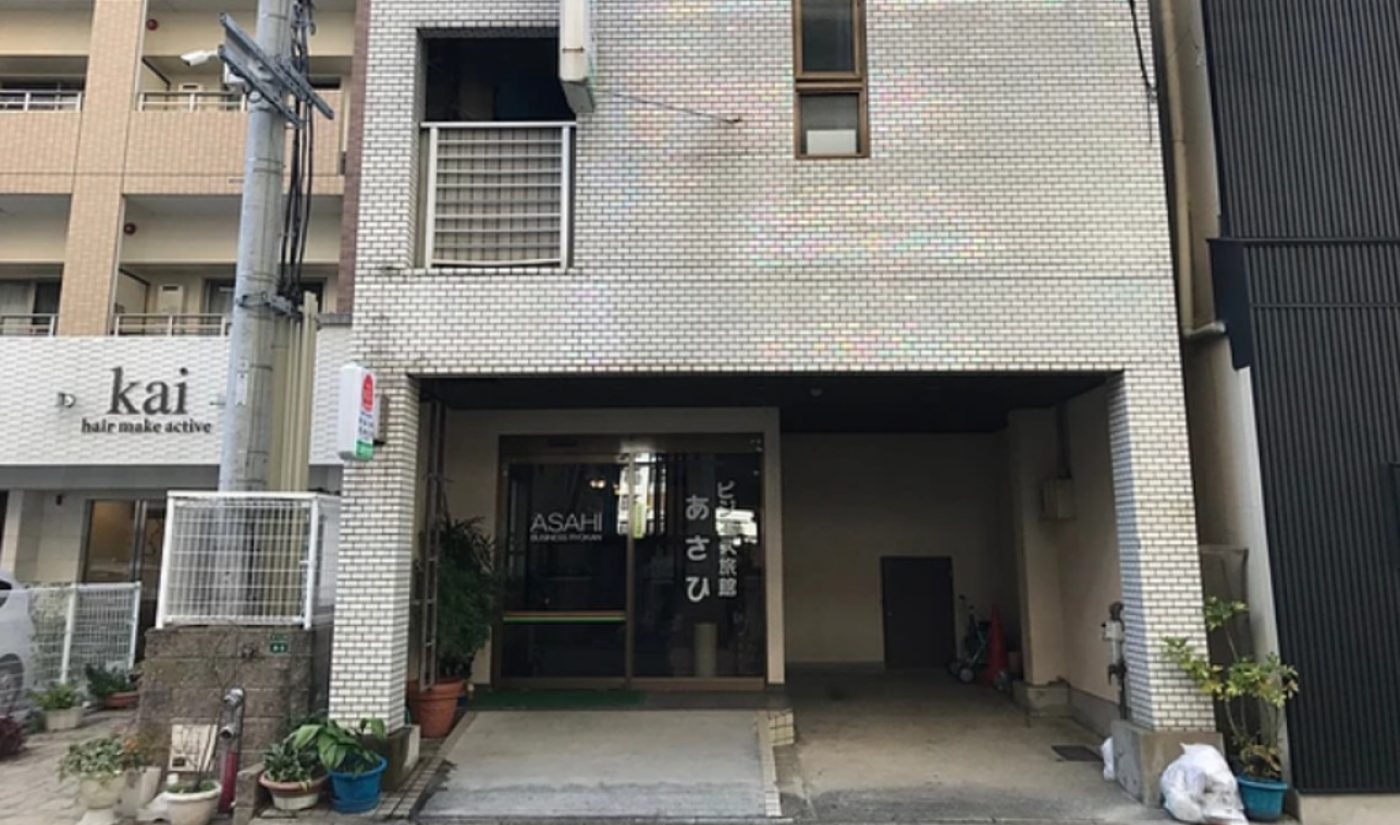 A hotel in Japan is garnering international headlines for its savvy — though decidedly creepy — digital marketing strategy: the Asahi Ryokan hotel offers guests a $1 stay if they agree to a 24-hour live stream of their experience on YouTube.

The Asahi Ryokan fell under the leadership of 27-year-old Tetsuya Inoue last year, though the inn is owned by his grandmother. It’s located in Fukuoka — Japan’s sixth largest city that sits on the northern shore of Kyushu Island.

Inoue came up with the ploy after an unnamed British YouTuber happened to stay at the inn, where he livestreamed much of his stay, CNN reports. Thus, the idea was born for Inoue to launch his own YouTube channel, One Dollar Hotel (3,000 subscribers), in a bid to publicize the facility as well as to open up another revenue stream via YouTube ad dollars. (While the channel has already amassed the minimum 1,000 subscribers necessary to be eligible for monetization, it is unclear whether it has accumulated 4,000 hours watch time that YouTube’s Partner Program requires).

The deal is relegated to just one room in the hotel, room No. 8, per CNN, and there are some policies and restrictions in place to preserve participants’ privacy. The video-feed only does not capture sound, guests are permitted to turn the lights off — whereupon the stream goes black — and the bathroom area is out of camera range. On days when the room is empty, Inoue himself will share a stream of himself as he conducts business in the inn’s offices, he says.

“This is a very old ryokan [a traditional Japanese inn] and I was looking into a new business model,” Inoue tells CNN. “Our hotel is on the cheaper side, so we need some added value, something special that everyone will talk about.”

And Inoue is clearly running with the publicity that the ploy has garnered, with a flashy One Dollar Hotel website that not only advertises the stream (which you can check out above) but enables guests to make reservations. (At press time, Inoue notes in the description box of the YouTube stream that no guests are currently occupying room No. 8, and thus he’s streaming from his bedroom at home).