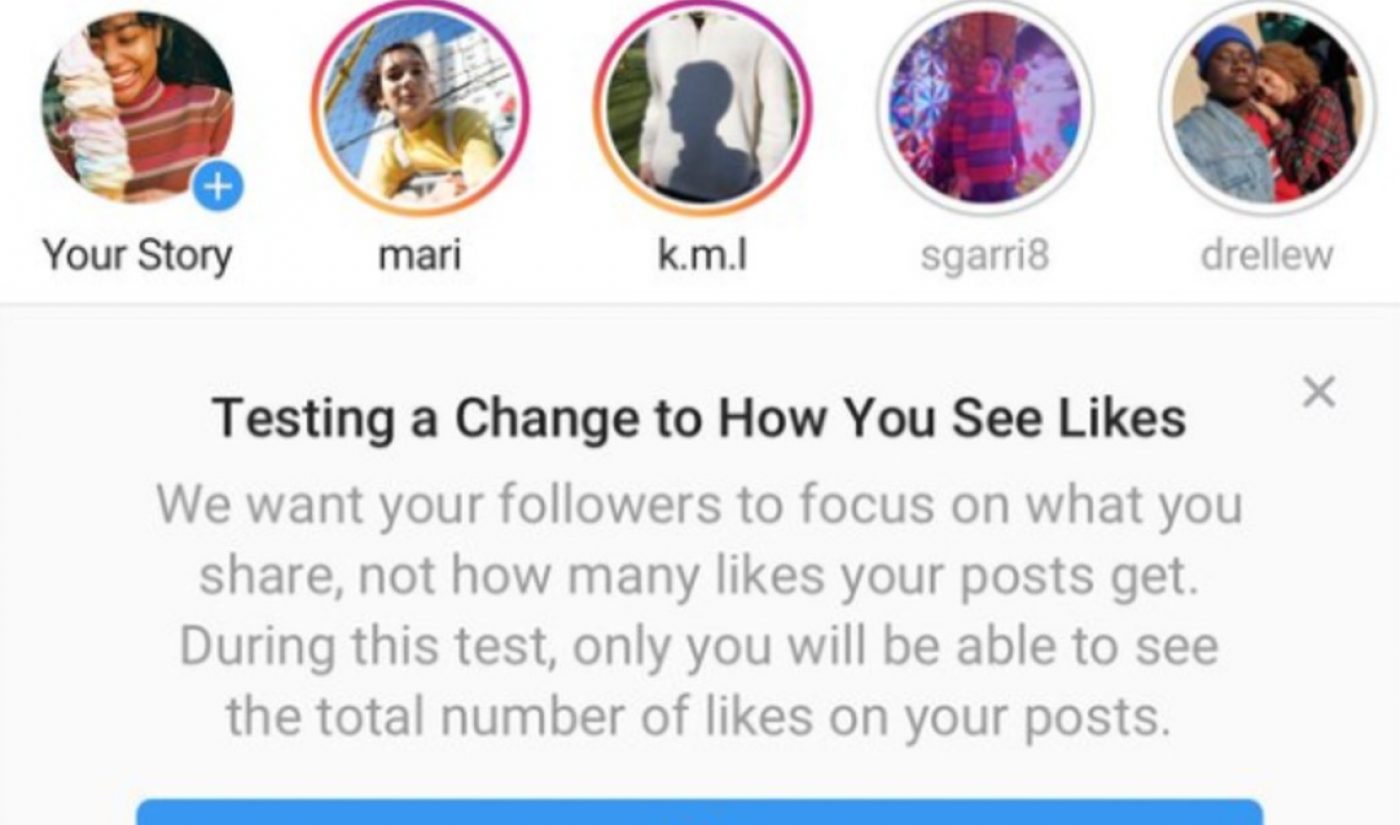 Instagram is taking its long-in-the-works hidden ‘likes’ count experiment to the masses.

After initiating the tests in Canada in May, and rolling it out among select users in Australia, Brazil, Ireland, Italy, Japan, and New Zealand in July, the company is now expanding the pilot program globally, Techcrunch reports. That said, as with the previous tests, it will only arrive for a small subset of Instagram users.

The goal of hidden ‘likes’ is to encourage people to post content without worrying about how it will be received, as well as to get users to like content on their own terms rather than following the masses. Creators will still be able to see all of the other users who have ‘liked’ one of their posts, but a numerical count will no longer appear (and usernames must be counted manually if such a tally is desired). From a user point of view, a list of a few names of other users who have liked a post will appear underneath the photo or video without a numerical designation.

Amid concerns from influencers that private ‘likes’ will impact their careers, which are largely predicated on following size, Instagram tells Techcrunch that it is working on other ways that creators can communicate their value to brand partners. (While influencers will still have access to their own analytics, there could be concerns among influencer marketing agencies that the figures quoted to them by influencers themselves will no longer able to be publicly corroborated).

“If you’re in the test, you’ll no longer see the total number of likes and views on photos and videos posted to feed unless they’re your own,” Instagram tweeted earlier today. “While the feedback from early testing…has been positive, this is a fundamental change to Instagram, and so we’re continuing our test to learn more from our global community.”