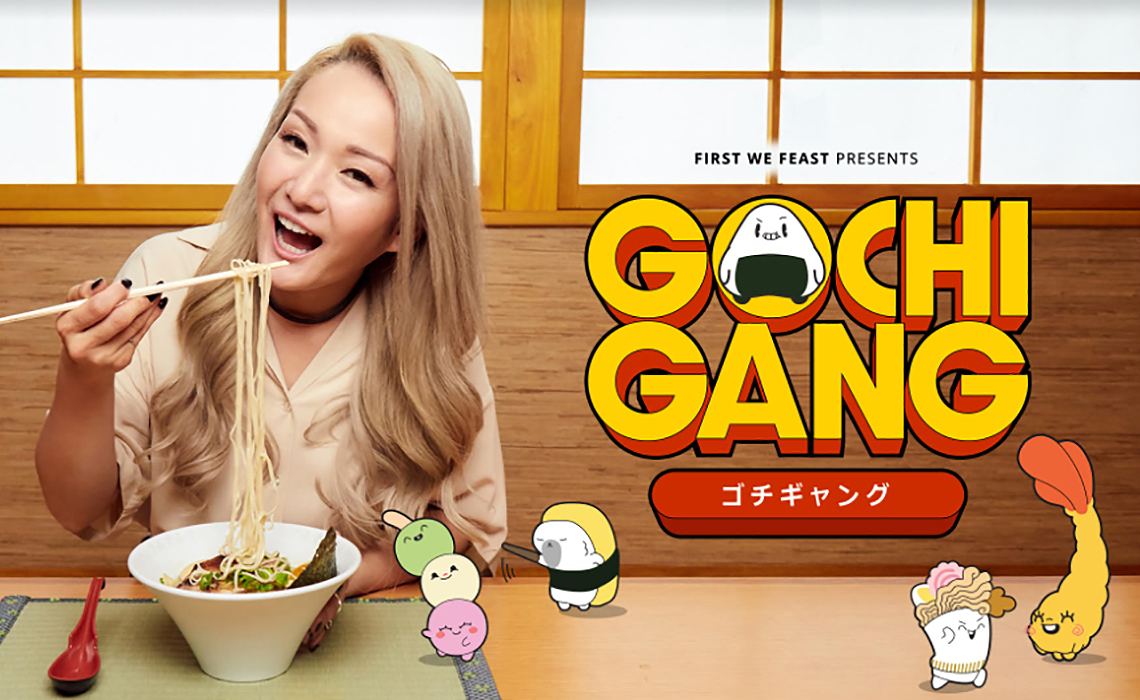 First We Feast, the Complex Networks-owned digital brand behind the smash series Hot Ones, is delving into Japanese culture and cuisine with a new series dubbed Gochi Gang. (The name of the show is taken from the word ‘gochisousama’, which is the traditional way to express appreciation after a delicious meal in Japanese).

The series, which bowed yesterday, is hosted by YouTuber and anime producer Reina Scully, who counts 391,000 subscribers on her personal channel, where she regularly shares content about Japanese culture, including anime reviews and travel vlogs.

Gochi Gang, distributed on the First We Feast YouTube channel, which counts 7.6 million subscribers, will specifically turn a spotlight on Japanese comfort cooking, as well as the cultural impact of Japanese cuisine in the U.S. Scully will be joined by different digital stars across six total episodes. Bon Appetit’s Claire Saffitz and fellow YouTuber Mike Chen join Scully on a Japanese market tour in episode one (below), for instance, while episode two will feature a Wagyu beef tasting with Philip DeFranco and Hot Ones host Sean Evans.

You can check out the first episode of Gochi Gang right here: