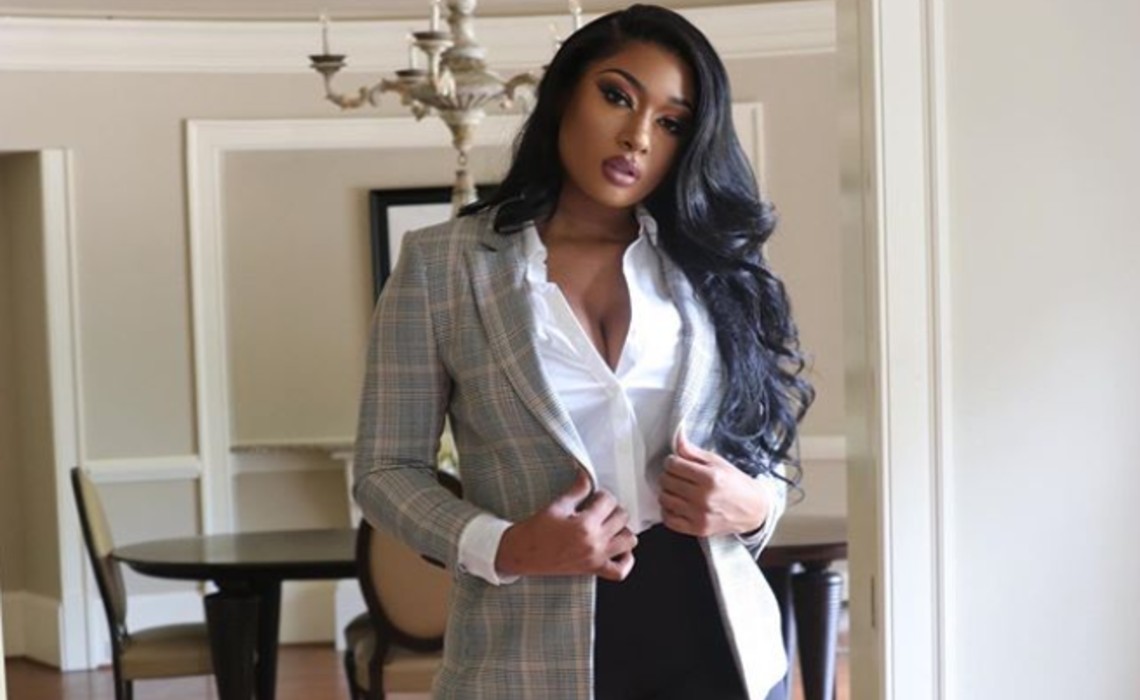 Rapper Megan Thee Stallion has launched a promotional series on her YouTube channel that seeks to get the “Hot Girl Summer” songstress into the Halloween spirit.

Dubbed Megan Thee Stallion P.I. In: Hottieween, the YouTube Music-produced horror trilogy was conceived by Megan herself, whose real name is Megan Pete. In the series, Pete plays a private investigator in Stallion County, which is haunted by “vampire f-ccbois,” according to YouTube, amid a murder investigation that cops are bungling. Pete and her fellow hotties seek to reclaim female independence and “boss through life by carrying the weight of their own self-motivated values” — though she does at one point become distracted by a smooth-talking playboy portrayed by rapper Dave East.

The series was directed by fellow artist Teyana Taylor and draws inspiration from campy horror classics and blaxploitation heroines. The series features appearances from fellow rappers Dave East and J. Cole, as well as a scary horde of other influencers.

Hottieween is part of a larger YouTube Music initiative in which the streaming service is partnering with artists to develop their brands on YouTube via promotional mini-series. Past collaborators include Billie Eilish, 2Chainz, Lil Pump, Queen, Umi, The Lumineers, and Kenny Beats. The series draw inspiration from short-form video formats that already exist on YouTube and that music fans already love, according to the company, including reaction videos, explainers, and intimate conversations.

Hottieween concludes today on Pete’s YouTube channel, which earned 900,000 subscribers and 235 million views in 2019. You can check out episode one below, and a playlist of the rest of YouTube’s artist collaborations right here.

YouTube Is Bringing Its Most Prominent Ad Product, The Masthead, To Smart TV Screens