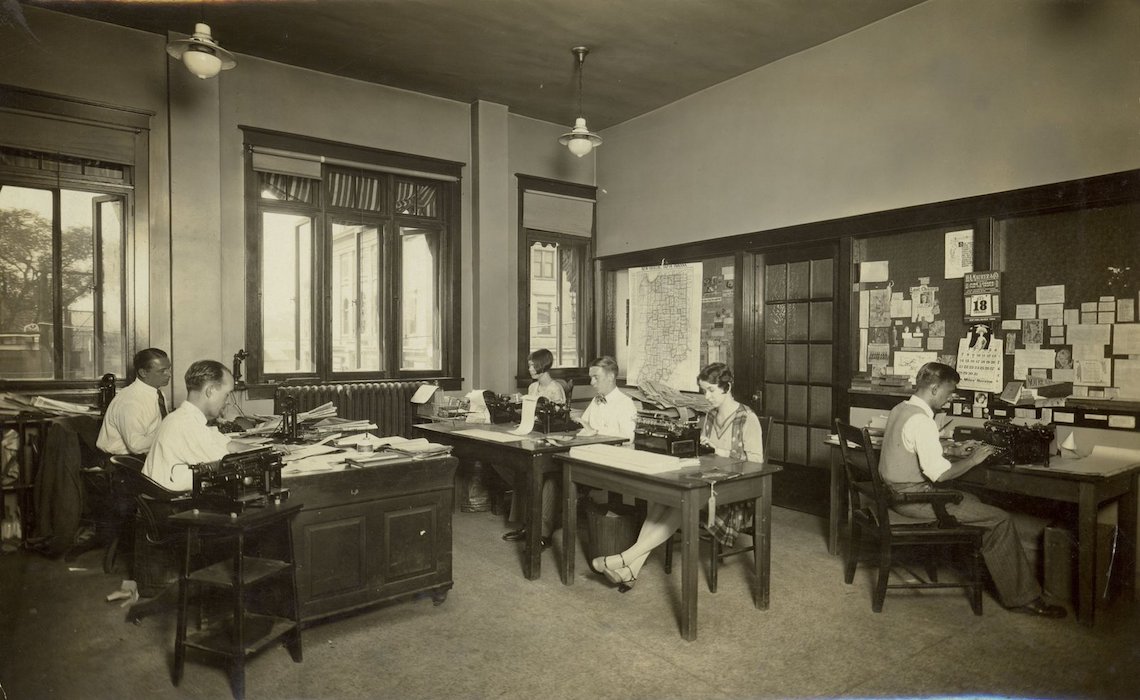 The business of distributing news is red hot these days: Last spring, Apple launched its subscription service News+. About the same time, Fox said it would create Knewz.com, an aggregation site that’s still in beta. Last week, Facebook launched a News tab (and actually is paying some news outlets! Such vision, Zuck!). And now comes word that AT&T-owned CNN is planning a digital news service, too.

That’s all great. People making money giving people news. I’m all for it. I just wish the people actually creating the news stories were seeing improvements to their situations. They’re the ones doing the hard-slog work of covering institutions, developing sources, plowing through documents, doing long-term projects looking at defective systems, and similar unsexy but vital work.

For the people in those roles, this era has not been nearly as much fun, especially in the pauperized sector of traditional newspapers. Just in the past month, that slowly collapsing industry saw reports that USA Today will  likely end print distribution after its parent company Gannett is acquired by Gatehouse. This past month also saw the Pittsburgh Post-Gazette cut back to three print editions a week. And it’s not going to get better, pretty much ever.

Things aren’t a whole lot better in the digital news business, either. Big players such as Vice and BuzzFeed have backed off their ambitions (and valuations). A wave of consolidations has killed some sites, and dramatically hobbled others (one example this week: G/O Media telling writers for Deadspin to cover “just sports,” as if that’s the only reason people read their publication; many of the writers resigned in protest).

All of which brings me to an alternative source of solid journalism: non-profit news organizations, which are trying to fill the gaping holes being torn in our information safety net, and are fast becoming an essential source for the difficult stories too many sites don’t have the resources or ambition to tackle.

A Different Approach To News Gathering

These groups are focused, typically, on serious, in-depth, fact-driven journalism — the stuff that’s expensive, resource-intensive, not clickbait, and sometimes really important. It’s the stuff that Apple, Google, and Facebook sure don’t do as they aggregate other people’s work. And, for that matter, Fox and CNN aren’t doing much of it either, especially with their new services.

But beginning Friday (Nov. 1), we all will have a chance to encourage and support this other kind of journalism. Nearly 200 of those nonprofit news organizations are taking part in NewsMatch, an annual joint fundraising effort I can’t endorse strongly enough.

Depending on each organization’s particular needs, their share of those funds were matched against other donations, foundation support, and other fundraising campaigns and funding sources.

“It’s very much meant to support the strategies of nonprofit newsrooms,” Alcorn said. “We’re excited to lean into what makes sense for each one.”

A Little Can Go A Long Way

Even modest amounts of money can thus have an outsized impact, further amplifying the resources available for what’s becoming an important part of the journalism firmament.

Even modest donations can have an outsized impact, amplifying available resources. Alcorn pointed as one example to an East Lansing, Mich., newsroom that funded its entire budget from its NewsMatch-fueled campaign.

Another example is Lkldnow, a Lakeland, Fla., organization that used the money it raised last year to hire a part-time development/community engagement director, said Barry Friedman, the organization’s editor and publisher. This year, after relying on a crew of freelancers, Lkldnow hopes to leverage its NewsMatch fundraising and the development director’s work to hire its first full-time reporter.

These are typically lean-and-mean organizations, as seen with Lkldnow, with a small newsroom intensely focused on the hard news of the town or state they serve. They aren’t typically anything like the once robust newsrooms of pre-internet newspapers. There’s no cultural coverage, or a horoscope, or sports. But they punch way above their weight.

“I’m an optimist on this,” Alcorn said. “Nonprofit news is a young field. It’s not something that gets stood up overnight that does all the things that local papers used to do. On the other hand, it doesn’t take a lot to do that kind of coverage when you compare the costs to other civic institutions that communities support really robustly. An organization with four to six reporters can do a lot.”

Such organizations have won Pulitzer Prizes and George Polk Awards, frequently collaborate with other news organizations on major projects, and routinely give readers a better understanding of what’s happening in our world, well beyond the omnipresent Reflex, React, and Repost writing that’s too prevalent these days.

Already, nonprofit news organizations employ 2,000 journalists, and have combined revenues from all sources of more than $450 million, according to the recently released Index 2019: The State of Nonprofit News from the Institute for Nonprofit News.

But the needs are different now than when such ventures first started to surface, Alcorn said.

“The crisis in news in 2009 was in investigative journalism,” he said. “The organizations were largely investigative reporting centers. Today the crisis is in local news, serving local news needs. Local news is a public good. NewsMatch gives them the infrastructure and access to a national campaign.”

Smaller donors can use the Newsmatch.org site to find an organization they’d like to support, and then to donate directly to that group. Major donors that want to give a larger amount should connect directly with NewsMatch, Alcorn said.

Regardless of the size of a donation, the money given can help all of us navigate an era of election hackers, data thieves, fake news proclaimers, and dubious conspiracy theories.

As traditional news organizations shrink and focus on quick-and-easy stories, the nonprofits are providing at least some of the cold, hard facts we need to better understand and succeed as a democracy. If you’re looking for a way to make our world a little better, even a small donation here is a fine place to start.