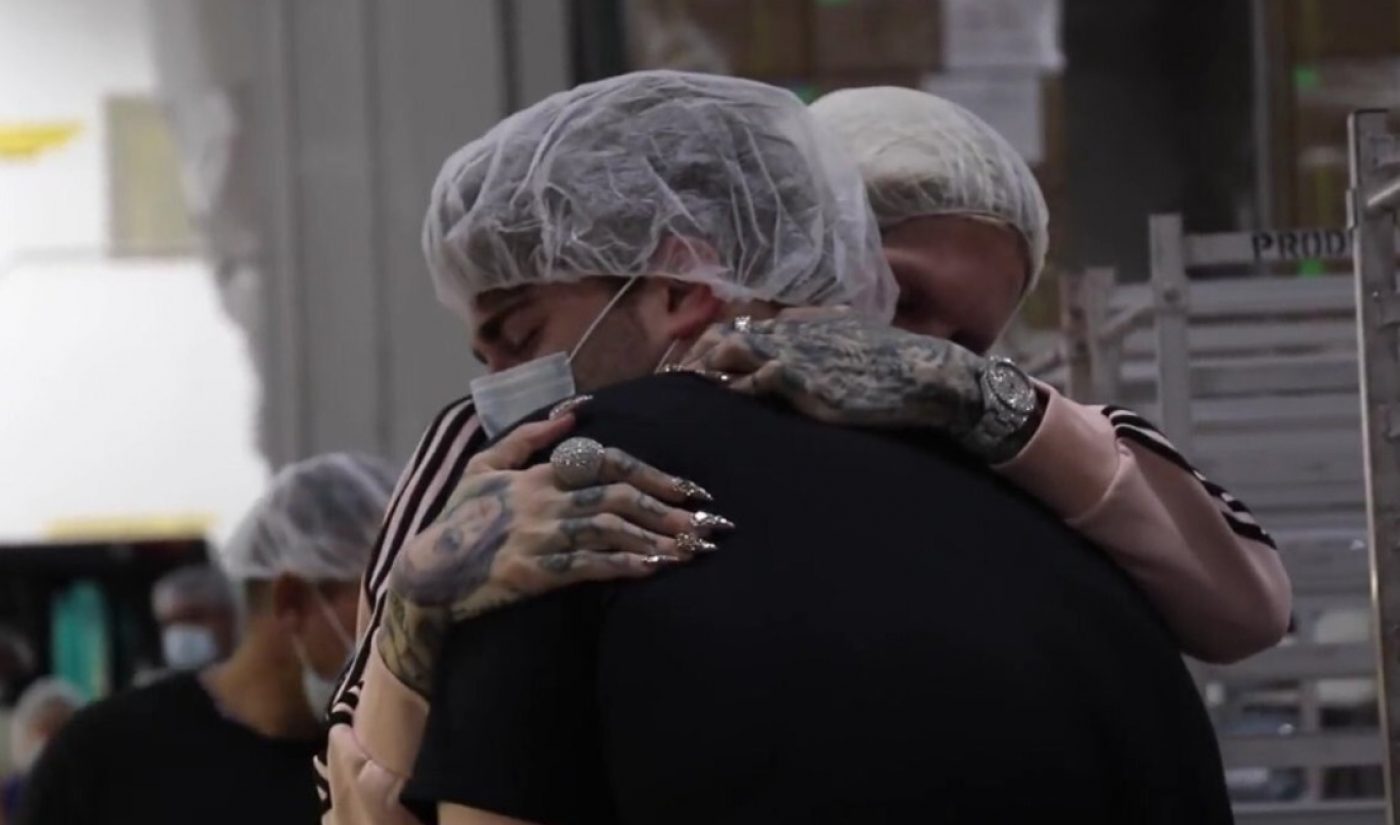 Shane Dawson and Jeffree Star are about to have something of a full-circle moment.

The debut episode of Dawson’s docuseries, The Beautiful World Of Jeffree Star, saw the YouTube vet trailing Star at a Sacramento public appearance for Morphe — the beauty brand and retailer that carries Star’s product line and with whom he has also collaborated on makeup products. In that episode, the duo hopped aboard Star’s private plane and Dawson dutifully cowered in awe at the throngs of fans who turned up for the event.

But now, Dawson is slated to headline his own Morphe meet-and-greet. On Nov. 2, the day after Dawson and Star’s beauty collaboration hits shelves, the two creators will appear at the Mall Of America in Minnesota to greet customers and tout the Conspiracy Collection, which appears to comprise two eyeshadow palettes, six liquid lipsticks, and various makeup bags and accessories. (The full collection will be revealed in episode six of the nine-part docuseries, dropping later today).

“I can’t believe I got Shane out of the house again this year,” Star tweeted. “Come celebrate our collection and meet us. Info to enter will be up Wednesday.” He also noted that Dawson’s cameraman and editor Andrew Siwicki is still filming — meaning that the appearance (as well as a behind the-scenes glimpse at launch week) is likely being captured for future installments.

Morphe, which launched as an ecommerce brand, has gradually been opening brick and mortar locations across the country — and recruiting its YouTube collab partners, like Star and James Charles, to cut the ribbon on the massively-attended events. Episode four of The Beautiful World featured a negotiation phone call with Morphe in which the company appeared to commit to ordering hundreds of thousands of SKUs in order serve as the collection’s exclusive retail partner.

You can check out the most recent episode in the series, titled The Failure Of Jeffree Star And Shane Dawson — in which the duo struggle to come up with a final design scheme for the palette packaging — below: