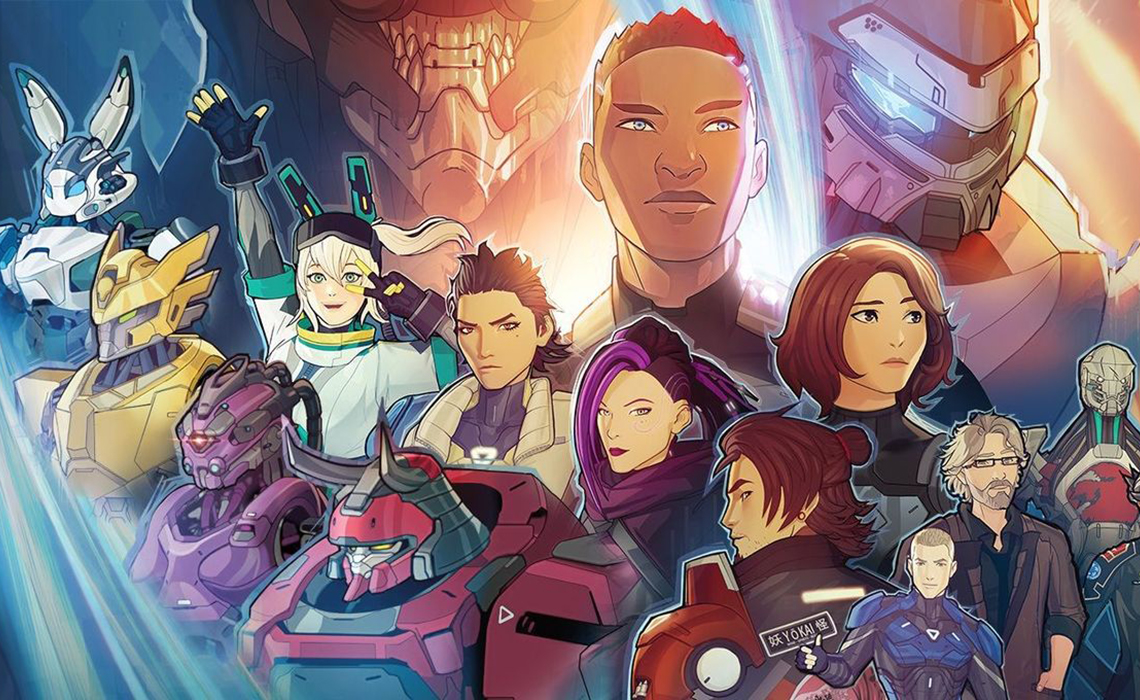 Rooster Teeth Renews ‘gen:LOCK’ For Season 2, Will Premiere It Exclusively On HBO Max

Rooster Teeth has renewed mecha anime gen:LOCK, its biggest original animation project since flagship hit RWBY, for a second season. But unlike the previous season, which debuted on the Austin-based creative studio’s own streaming service First, season two will drop on a new destination: upcoming streamer HBO Max.

Season two will come to First (which costs $4.99 per month) — just not, you know, first. The entire season will premiere on HBO Max sometime after the service launches in spring 2020, and will stream there exclusively for 90 days before heading over to Rooster Teeth’s service, Variety reports.

If you’re wondering why gen:LOCK is debuting on HBO Max and not one of the many other streaming services arriving on the scenes this winter/early next year, it’s because Rooster Teeth and HBO Max share a parent: WarnerMedia. Rooster Teeth was acquired by entertainment company and network Fullscreen in 2014. Then, in early 2018, Fullscreen was acquired by AT&T and Chernin Group-owned Otter Media. And finally, AT&T closed its acquisition of Time Warner for $85 billion, formed WarnerMedia, bought out Chernin’s shares of Otter Group (thus becoming its sole owner), and made Otter Media a subsidiary of WarnerMedia. The Time Warner acquisition also gave AT&T complete ownership of HBO.

gen:LOCK, which stars notable Hollywood actors like Michael B. Jordan, Dakota Fanning, David Tennant, and Maisie Williams, chronicles a future war where an elite group of soldiers fight an encroaching regime in giant mechs. Its first season, released in January of this year, was well received, prompting WarnerMedia to ramp up its distribution by sending it to air on Cartoon Network’s (another subsidiary acquired with Time Warner) Adult Swim programming block over the summer, a move that’ll likely be repeated with season two.

“We are proud to bring gen:LOCK’s bold vision, inventive style, and extraordinary cast to HBO Max, and to build on the success that our partners at Rooster Teeth and Outlier Society have crafted so skillfully,” Billy Wee, senior VP of original animation at HBO Max, said in a statement.

Rooster Teeth CEO Matt Hullum, who executive produces gen:LOCK, said the company was “blown away by the response to the first season of this show, both from the Rooster Teeth community and the Adult Swim audience, and cannot wait to bring it to more fans of action, sci-fi, and mecha animation.”

You can watch the first episode of gen:LOCK, which is not paywalled, below. The rest of it is available for streaming on First.