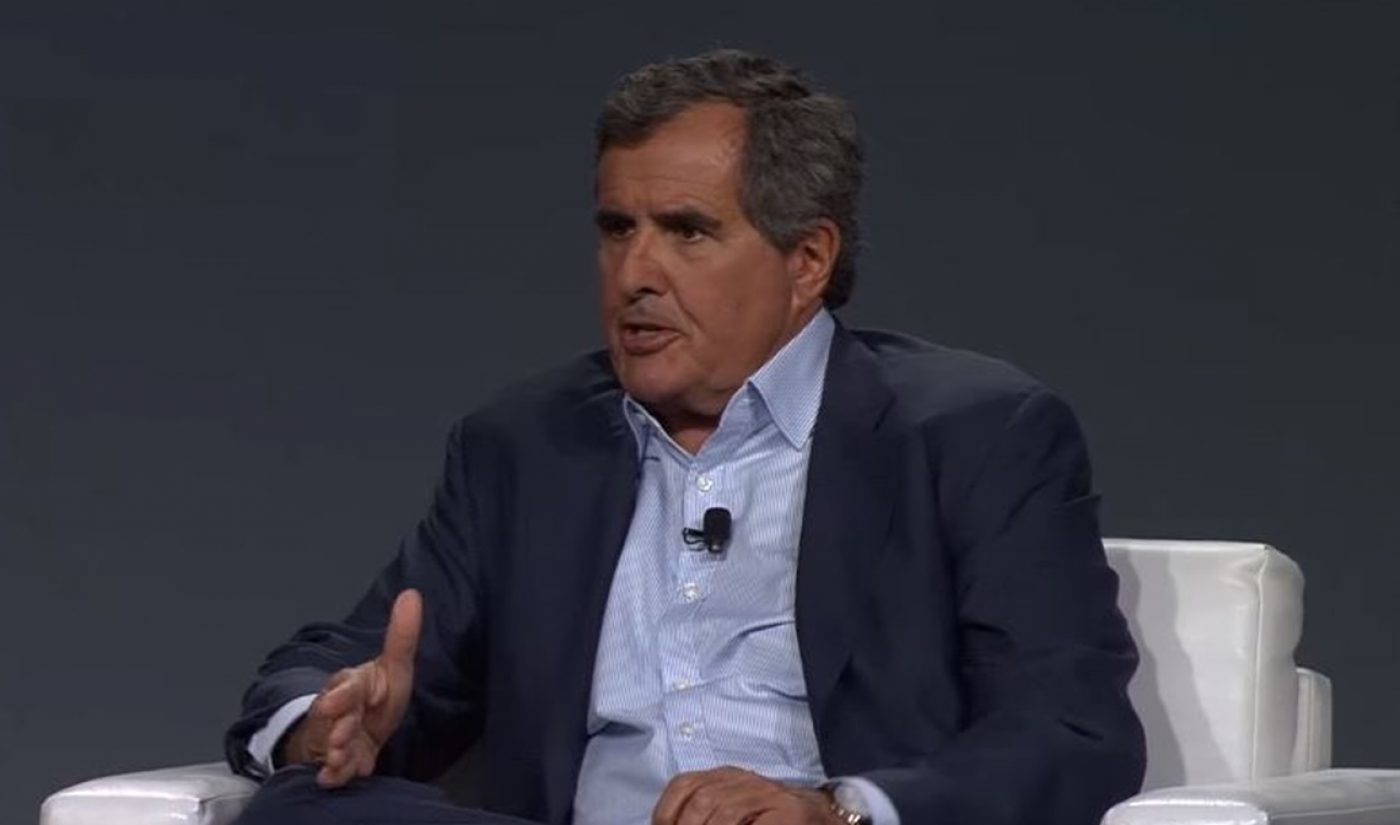 AT&T, previously a joint minority owner of digital media portfolio company Otter Media, has purchased the venture’s remaining shares from partner The Chernin Group in a deal reportedly worth more than $1 billion.

That price tag makes Otter one of the biggest digital media sales in recent years, notes The New York Times, which first reported the acquisition. Amazon acquired Twitch for $970 million in 2014, for instance, while Viacom just purchased AwesomenessTV for a bargain price of roughly $50 million.

AT&T finalized in June its much-ballyhooed $85 billion acquisition of Time Warner — which owns HBO, Turner, and Warner Bros. (which in turn owns digital gaming network Machinima). Chernin Group founder Peter Chernin (pictured above) tells the Times that AT&T will likely fold Otter into this growing entertainment portfolio. AT&T has renamed Time Warner WarnerMedia, and the division will be led by CEO John Stankey — an AT&T veteran of three decades.

Otter comprises niche streaming services like Crunchyroll, DramaFever, Fullscreen, Ellation, Rooster Teeth, and VRV — meaning that AT&T is now the full owner of each property. The Times reports that Otter’s services count a combined 2 million paying subscribers. Otter, which itself purchased the remaining shares of Fullscreen and Ellation that it didn’t already own in January. also holds stakes in Gunpowder & Sky and Reese Witherspoon’s Hello Sunshine.

AT&T’s acquisition of Otter has been rumored as far back as last summer — though AT&T reportedly delayed the purchase last year after the Justice Department sought to block its Time Warner acquisition on antitrust grounds. A court ruled that AT&T could move forward with the acquisition in June, although the federal government has since appealed that ruling. Many have speculated that President Donald Trump is personally seeking to subvert the deal due to his hatred of Time Warner property CNN.

Tony Goncalves, an AT&T veteran who was named CEO of Otter Media in February — and who will report to Stankey — declined to comment on Otter’s profitability. “You’ll see a good amount of cross-pollination, where some of that really wonderful Warner intellectual property and content will find its way into the businesses that are part of the Otter portfolio today,” Goncalves told the Times of Otter’s integration into WarnerMedia.

As for Chernin’s next steps, the Times reports that the noted media executive is currently looking to raise $500 million to invest in next-gen media companies. “I think we will continue to do a version of what we do, which is make movies and television shows, and we will look to continue to invest in consumer technology brands,” he told the paper.