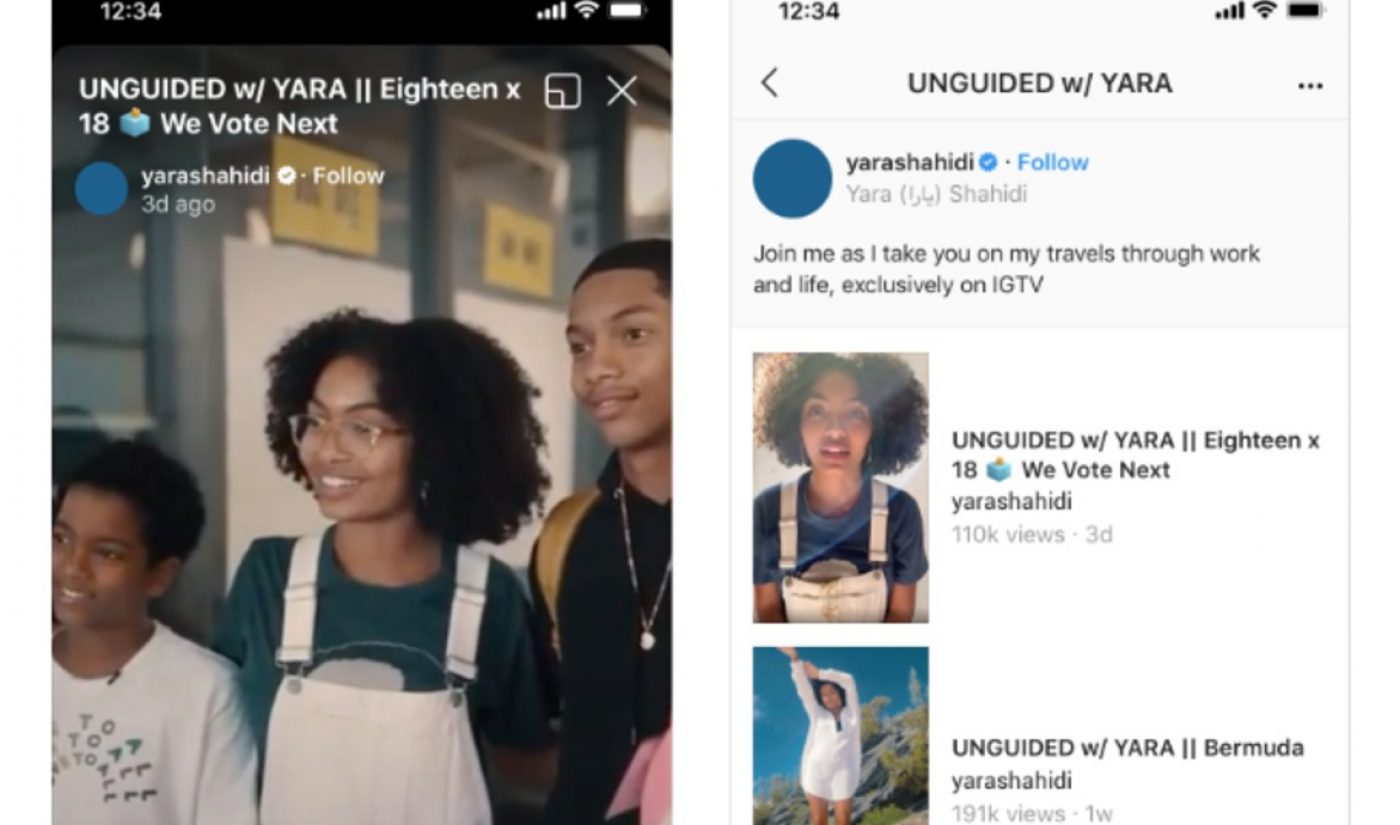 Instagram’s long-form video hub, IGTV, has unveiled a trio of new features today that will enable creators to make their videos viewable as a series.

The update includes: the ability to turn on notifications for clips within an IGTV series; an organizational tool that will allow creators to add a series title badge to videos (so that they’re differentiated from standalone IGTV videos); and a ‘continued viewing’ feature, which will automatically play the next episode in a series after the previous installment concludes.

Instagram says that several creators are already making use of the features, including Black-ish and Grown-ish actress Yara Shahidi (pictured above with her series, Unguided), former Team 10 star Kade Speiser, and veteran lifestyle vlogger Ingrid Nilsen.