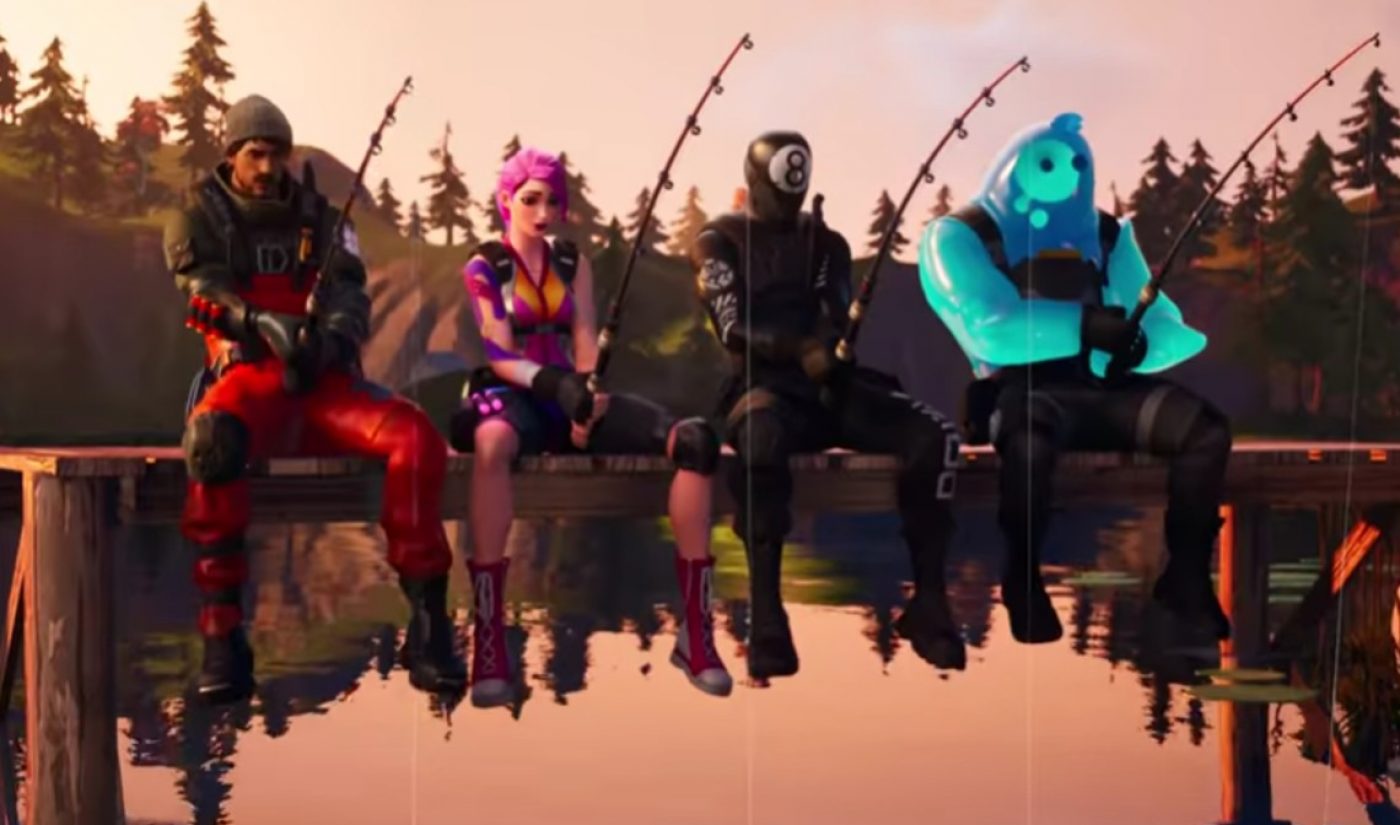 Fortnite made waves over the weekend as fans waited to hear news about the highly-anticipated Season 11 of the hit game. (Each ‘season’ of Fortnite, lasting roughly 10 weeks, introduces new cosmetic items that can be obtained, as well as other updates). But, instead of any news on that front, audiences were greeted by a blank screen and a black hole in a teaser video. The video, distributed across myriad social video platforms, exploded into nothing — and the game appeared to go down with it.

Before everyone learned this was merely a stunt — a hard reset for the game’s Chapter 2 release — it elicited reactions from fans all over the internet. Despite the lack of any real content, the blank clip generated over 33 million views across Facebook, Instagram, Twitter, and YouTube, according to social video analytics firm Tubular Labs. (Chapter 2 marks a more substantive change for the Fortnite ethos than a mere seasonal evolution, including a new map, new weapons and items, an overhaul of the challenge system, and more).

The death and rebirth of the game, which has now generated nearly 20,000 videos and over 1.3 billion views globally since Oct. 12, is a welcome shot of life for the Epic Games title, which was seeing declining views on social video since the start of 2019. Since starting the year with over 8.6 billion cross-platform views in January, videos about the game were nabbing barely half that number by September. As a video creator, Fortnite still remained the top gaming brand, per Tubular, but its lead had diminished significantly.

Perhaps Fortnite‘s creators were wise to the declining views, which could be indicative of declining interest in the game itself — thus necessitating the reset. Flagship Fortnite player Tyler ‘Ninja’ Blevins’ departure from Twitch to Mixer (and the adjusted upload strategy that followed, which saw him adding far fewer videos to platforms like YouTube) may have also fueled some of that decline, but the trend was in motion long before Blevins’ change of course.

With the end of the previous game as it was known, and the launch of Chapter 2, Fortnite has received the sort of boost it hasn’t seen all year. On Oct. 14, Fortnite-related videos saw over 389 million cross-platform views — the biggest individual day for the game since July 2018. Plenty of the views since Chapter 2’s announcement have come from Fortnite-published videos, too, with six different clips created by the company earning at least 1 million views since the new launch.

The most popular of those was the official launch trailer on YouTube, which picked up over 11.8 million views in just a couple days. You can check it out above.

The buzz around around the Chapter 2 announcement doesn’t necessarily guarantee that Fortnite‘s social video growth will return to its former stature, but it does serve as an encouraging start. With video views pertaining to the game surpassing 200 million views between Oct. 14 and 16, and popular creators like Typical Gamer, Standart Skill, Willyrex, and TheGrefg continuing to churn out pertinent content (each has at least 16 million views around Fortnite videos over the last seven days), the groundwork is there for a resurgence. Of course, that’s provided Chapter 2 delivers on everything that made audiences fall for the original so much.