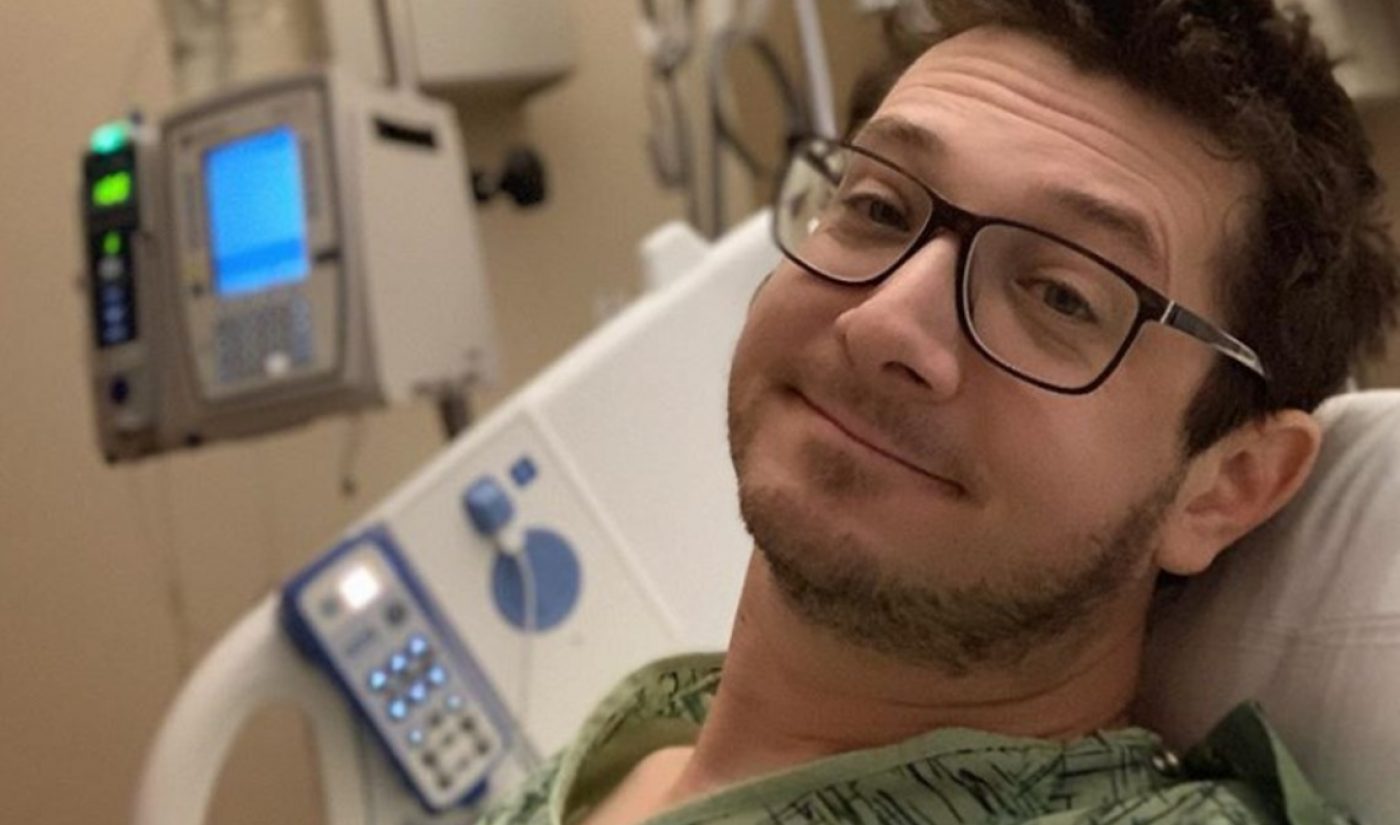 YouTube creator Rob Czar — who is one half of the married duo behind crafting channel Threadbanger, alongside his wife, Corinne Leigh — is thanking fans for their overwhelming support during a difficult time.

In early August, Czar shared a video on his channel fully recounting his brush with death, where he says he was declared clinically deceased for nearly half an hour. Czar, who had been suffering from an unknown illness, was initially being treated for severe allergies, then later diagnosed with an auto-immune disorder called Granulomatosis With Polyangiitis (GPA). After being hospitalized for six days, he suffered a massive heart attack 24 hours after being discharged — and had to be placed in a medically-induced coma for roughly a month.

Though he has since made a miraculous recovery, Czar’s hospital bills were sky-high as a result of his multiple — and lengthy — stays. But Czar says that vending merch via a Teespring ‘Merch Shelf’ enabled him to pay off the bills. (Merch shelves are Teespring integrations that live directly on YouTube, enabling creators to vend merch under their videos).

Threadbanger, which counts 4 million subscribers who tune in for their zany DIY videos on glass potato chips and black ice cream, for instance, sold 1,400 pieces of its first run of shirts that took a humoristic view of Czar’s near-death experience, according to Teespring. One design features a tombstone illustration alongside the cheeky caption, ‘I Died’, while another shirt is emblazoned with the acronym YOLT (which stands for ‘You Only Live Twice’). Both T-shirts are priced at at $23, and are also available in long-sleeve and hoodie options.

“We just paid off our first round of [hospital bill] payments with the money we made from selling our new shirts — crazy enough, it was practically the same amount we made off our first-ever round of [merch] sales,” Czar said in a statement. “The reaction has been better than anything else we’ve put out there by far. There are a lot of comments that are actually really touching on the I Died YouTube video — recognizing people who have never bought merch before from any other YouTuber that wanted to help.”

You can check out Czar’s triumphant I Died…But video below: