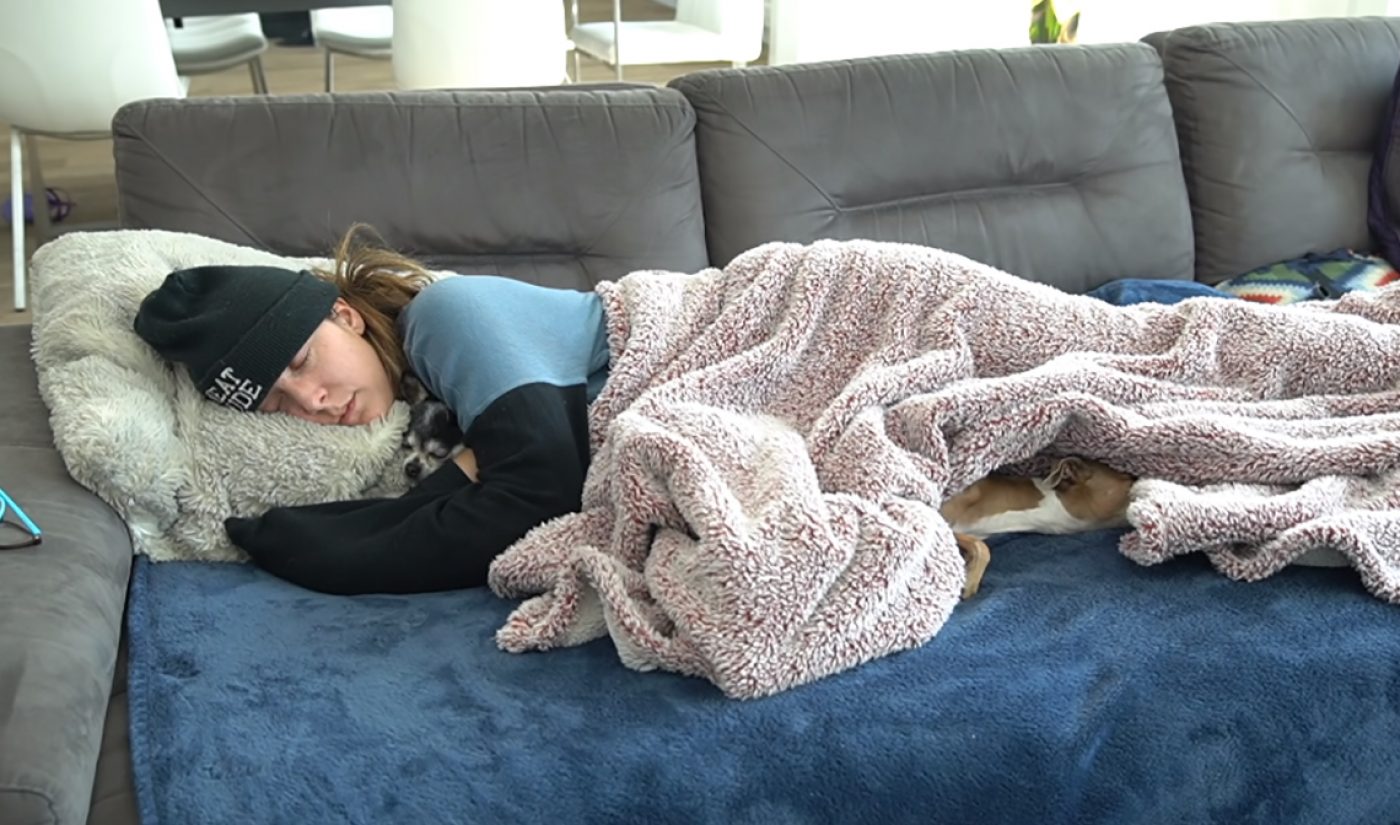 After nearly a decade of sharing her relatable wisdom (and #qualitydogcontent) on YouTube, creator Jenna Marbles has hit a major milestone.

And, in her latest upload, she celebrates it by doing something we all know and love: taking a nap.

“My channel recently hit 20 million subscribers, which sounds like a completely made-up number,” she says in the beginning of the video. “But let’s be real: I’ve been on YouTube for ten years, give or take, and this is a milestone that I’d like to celebrate in the most selfish of ways. I’m, quite frankly, very tired. Ten years of doing anything just makes you pretty tired.”

Marbles adds that she’s going to use the video as a moment of selfishness and self-care. “As a celebration, I’d like to just not be conscious,” she laughs, before getting a bit more serious and saying thank you to her fans. “I’m incredibly overwhelmed and grateful with all of the support and love that you guys have shown me over the past 10 years or so.”

With that done, she curls up on her couch with her three pups: Italian greyhounds Kermit and Peach, and eponymous Chihuahua Marbles. What follows isn’t exactly a period of total restfulness, as anyone who shares their bed with their pets will understand, but eventually everyone settles down, and Marbles catches some well-deserved Z’s.

The video, posted yesterday, has nearly 2 million views, and is currently No. 4 on Trending.