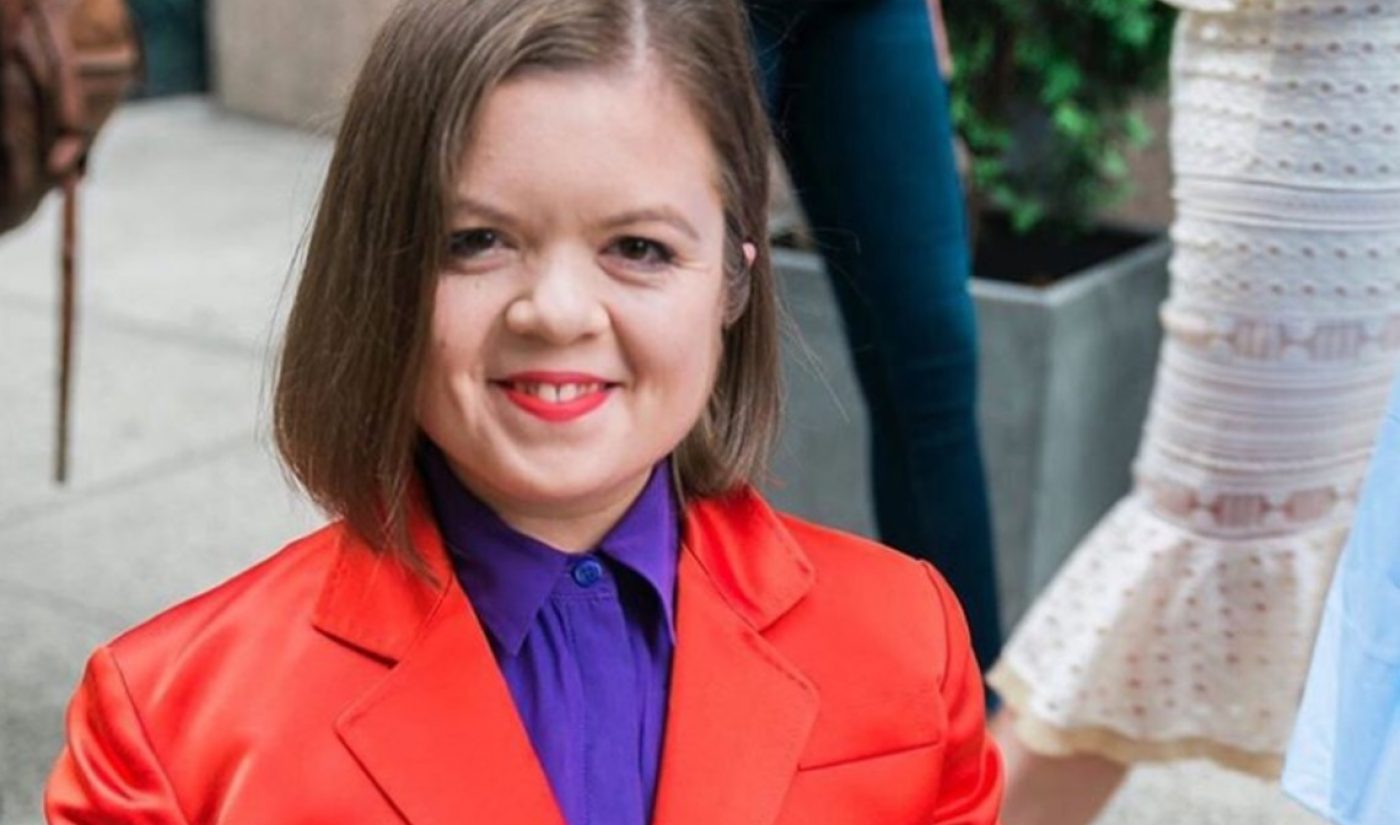 Lemonada Media, a just-launched podcast network dedicated to first-person narratives and empathy-building, made its debut at the second annual NewFronts West gathering in Los Angeles earlier this month to tout one of its new flagship series — As Me With Sinead.

That series is hosted by Sinead Burke — an Irish academic and fashion enthusiast who was born with achondroplasia, a genetic disorder that results in dwarfism, and who rose to renown for her TED talk Why Design Should Include Everyone. In As Me, Burke will sit down with the likes of comedian Tig Notaro, activist DeRay Mckesson, and fellow podcaster Kulap Vilaysack.

“When we talk about our bodies, we are talking about the world in which we exist,” Burke said of the conceit of As Me, “and whether or not we feel safe or equitable to be in those spaces…So often, we’ve lived in a world where only certain people have been able to tell their stories. And this show is about giving every person the ability to share their perspective in the most transparent and beautiful way.”

Lemonada was co-founded by CEO Jess Cordova Kramer and chief creative officer Stephanie Wittels Wachs. At launch, its slate includes two other weekly shows: Last Day, in which Wittels Wachs will discuss the massive epidemics facing humanity, zooming in on the last day of a person’s life, and Good Kids, in which a rotating array of parents, teachers, and policy makers will discuss “how not to raise an a**hole.”

Wittels Wachs also spoke to Tubefilter about why the company honed in on the podcast form in order to fulfill its mission of sharing unvarnished truths about the human experience. (Wittels Wachs and Cordova Kramer came together to found Lemonada after having both lost family members to drug overdoses, and the company’s name refers to the time-tested axiom about turning lemons into lemonade). Rather than video productions, which necessitate a lot of people in a room, says Wittels Wachs, podcasting is an intimate and vulnerable experience, where the studio can feel like a cocoon that compels people to express authentic emotions.

You can check out more from Burke — including what being an influencer means to her, and how the team has sought to make its work accessible to the disabled community — below. And you can check out the rest of Tubefilter‘s interviews from our ‘2019 IAB NewFronts West’ video series right here.