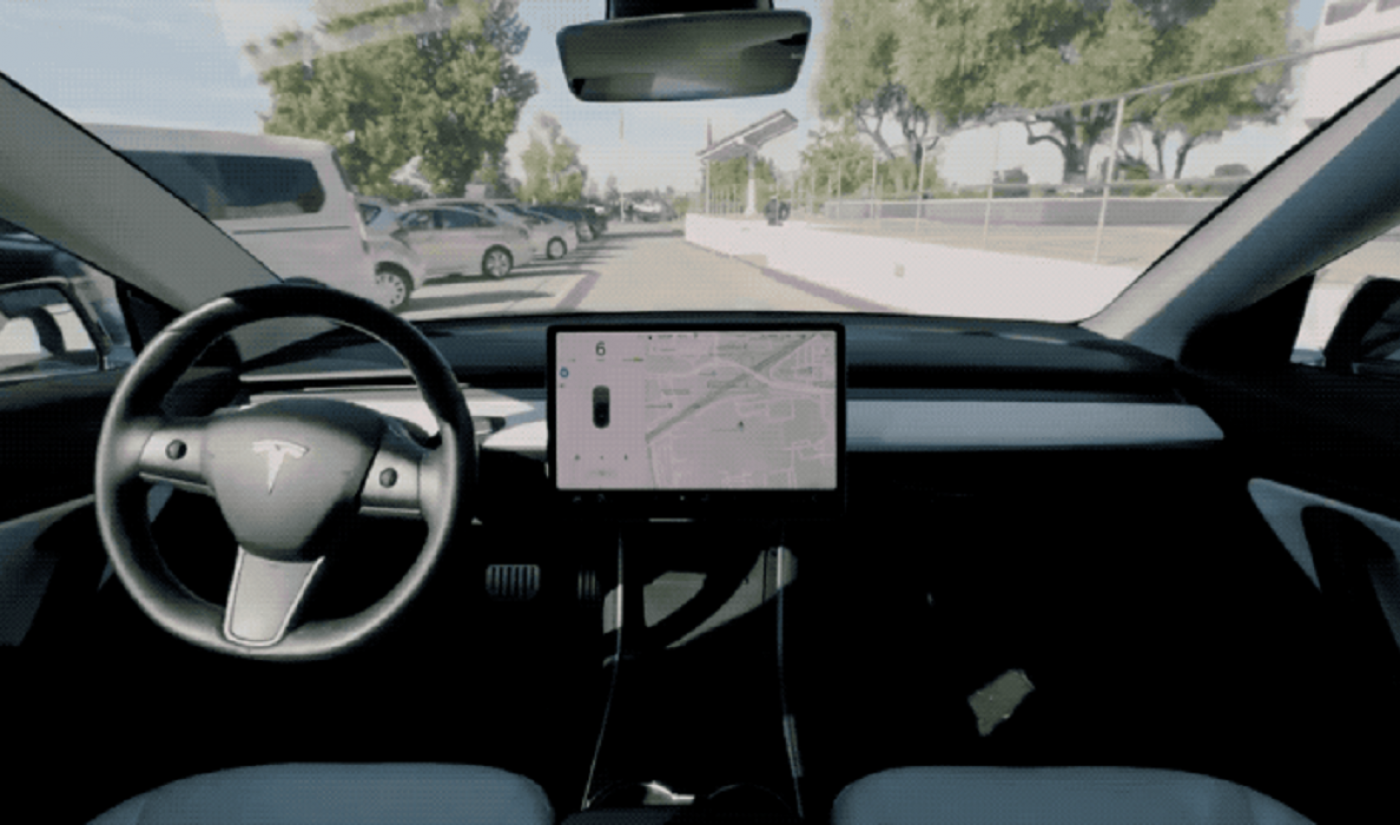 Tesla’s new update is all about streaming.

Okay, sort of. It’s also about adding in-car gaming software, a new karaoke mode, and a self-driving function that costs $5K and allows a car to bring itself from a parking spot to pick up its owner. But the update — software version V10.0 — also adds a new feature called ‘Tesla Theater,’ which owners of Tesla models X, S, and 3 can use to stream YouTube, Netflix, and Hulu (including Hulu with Live TV) from the screen mounted on their dashboard, TechCrunch reports.

Now, you may be asking yourself, “Is Tesla really encouraging people to watch the newest episode of Liza on Demand while they’re cruising down a busy street?”

The answer is: no, because Tesla doesn’t want to get sued. The feature is only available when the car is fully in park. Not just stopped, but actually shifted into park.

When the car’s in park, folks will have access to YouTube, Netflix, and Hulu’s apps (as well as iQiyi and Tencent, but those are currently exclusive to users in China, per TechCrunch). Like with any other iteration of their apps, using them to view content requires an account and/or subscription.

In addition to video streaming services, V10.0 is also bringing music streaming service Spotify to Tesla vehicles. People with Spotify Premium subscriptions can now hook them directly into their car’s system and access their liked tunes, playlists, and podcasts, along with everything else Spotify has to offer. (And, for Chinese consumers, Tesla’s also adding Ximalaya, a podcast and audiobook streaming service.)

The update will begin rolling out to Tesla vehicles next week.