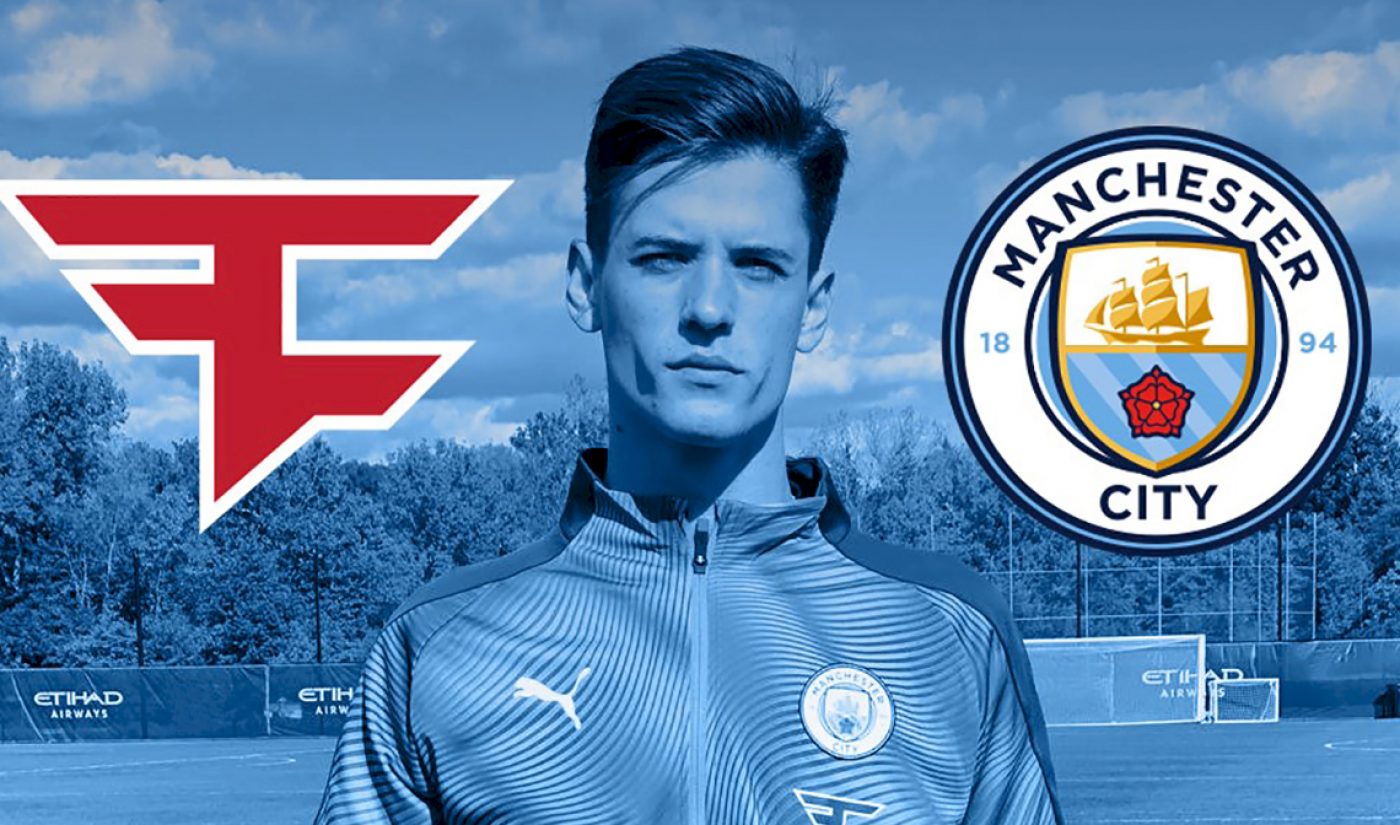 Gaming and entertainment collective FaZe Clan has partnered with one of the world’s leading soccer teams.

Manchester City Football Club and FaZe Clan have joined forces to “bring together the worlds of [soccer] and esports across a number of exciting initiatives,” the club announced today. It didn’t expand much on what those initiatives will be, but said they’ll involve creating “engaging content with talent and players, as well as hosting fan events in the U.S. and around the world.”

Additionally, FaZe Clan and City members who play long-running soccer-focused video game franchise FIFA will come together in a shared training facility, from which they’ll launch co-branded merch products sometime in the future. (City was the first premiere league soccer club to launch its own FIFA Online team.)

“We recognize that fans want to celebrate their love for [soccer] across many aspects of their lives, including fashion, music, and gaming, to create a culture that goes beyond what happens on the pitch,” Nuria Tarre, chief marketing officer at City Football Group, said in a statement.

Lee Trink, FaZe Clan’s chief executive officer, added, “This alliance with Manchester City creates a powerful opportunity to join our collective fan base and cultures on and off the field.”

This isn’t the first time FaZe Clan and Manchester City have hooked up to create content. They’ve collaborated on YouTube videos before, most recently in 2017, during the club’s U.S. tour. You can see their video together below: