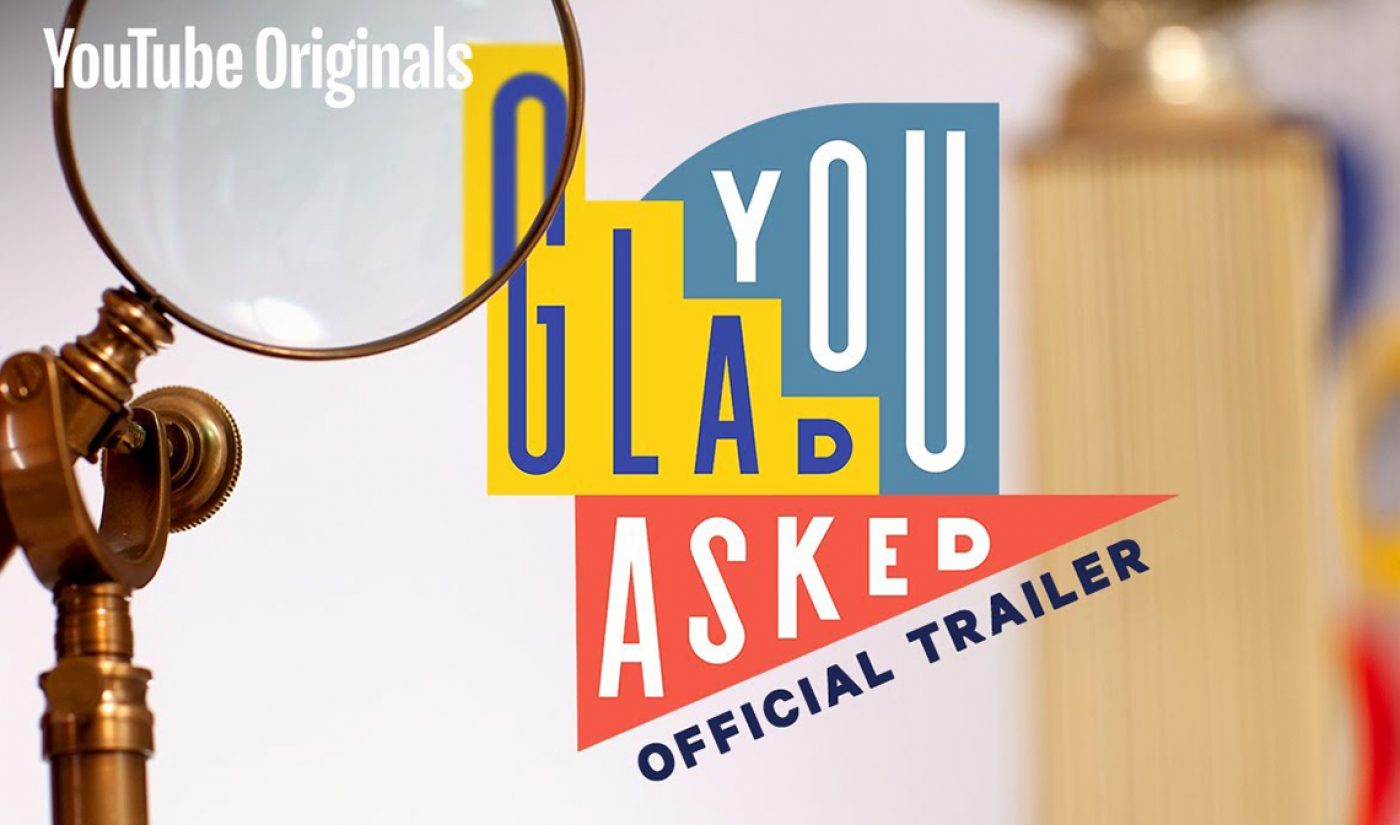 YouTube has dropped the first trailer for its next original series, Glad You Asked — part of its slate of upcoming shows created as a result of the platform’s investment in Learning initiatives.

Glad You Asked, produced with Vox, follows four of the outlet’s journalists — Cleo Abrams, Joss Fong, Christophe Haubursin, and Alex Clark — as they seek answers to the top-searched questions on YouTube, like “What happens when we die?” and “Will we survive on Mars?” and “Why do we cry?” Episodes will follow the information-seekers as they interview experts and travel to far-flung locales.

“Ever wonder what ‘the cloud’ a.k.a. the internet actually looks like? Or why memes look the way they do?” Vox writes in the series’ official description. “Our crew rides four-wheelers into a desert, meets with an orthopedic surgeon who was struck by lightning, and tracks down the world’s leading experts to answer these questions and more.”

As for how folks can tune in to get answers to these burning questions, YouTube’s trying something distinctly television-esque in distributing Glad You Asked. It’ll air in two five-episode chunks, with one episode dropping per week, and a break in between. Episodes one through five will air weekly beginning Oct. 8, then there’ll be a winter hiatus, followed by episodes six through 10 airing weekly beginning Jan. 8.

The series will be available on Vox’s YouTube channel (6.59M subscribers). You can watch the trailer below.