YouTube Is Bringing Its Most Prominent Ad Product, The Masthead, To Smart TV Screens 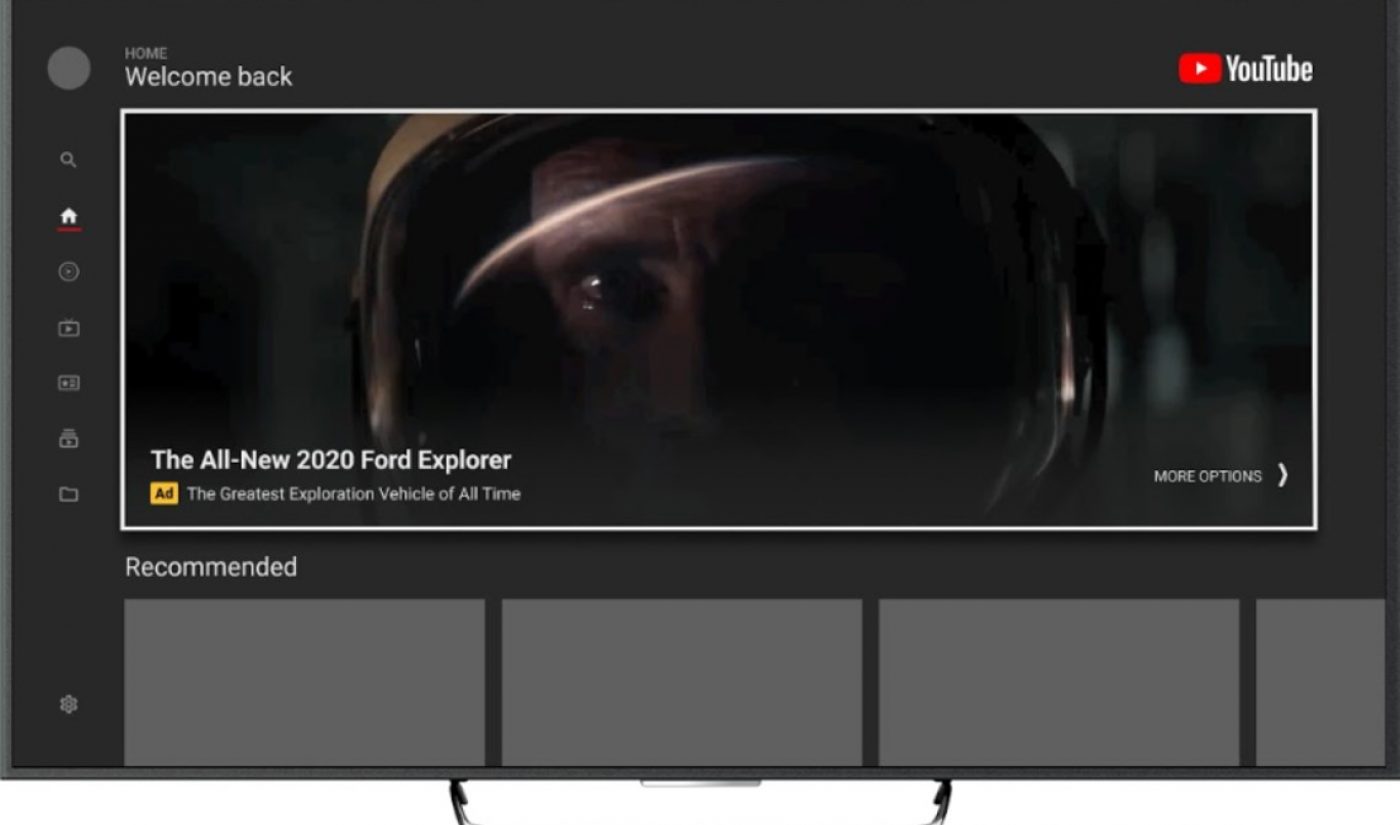 YouTube is bringing its most high-impact ad product — the Masthead — to viewers who consume content on their smart television sets. The format was previously only available on mobile and desktop devices.

The Masthead, a video ad that spans the full width of the top of the YouTube homepage, will launch immediately when audiences open the YouTube app on their TVs, the company says, and then start autoplaying within seconds. Television Mastheads are currently available for purchase as a global beta test. Mastheads will be sold on a CPM basis (more on that below), YouTube says, and can be customized based on the audiences that marketers are seeking.

CPM stands for ‘cost per mille’ and refers to the amount that advertisers pay per 1,000 ad impressions. In February, YouTube drastically altered the way that it sold Mastheads on mobile and desktop devices, adding the ability to buy Mastheads on a CPM basis in addition to an existing per-day option. This latter option, which is how Mastheads were launched, is much more expensive but sees ads distribute far more widely — to every single person who visits the YouTube homepage on the day of purchase.

As with CPM-based Mastheads on YouTube’s desktop site and mobile app, the TV Masthead format can be reserved in advance — as opposed to determined via the Google ads auction, which serves, in real time, the majority of ads across Google products. TV Mastheads can also be purchased as part of a cross-screen or single-screen buy, but they can’t be purchased on a daily basis, only via CPM.

YouTube said that the Masthead test is in response to “changing consumer behaviors” with respect to viewers “who are increasingly cutting the cord.” To that end, TV screens are YouTube’s fastest-growing device in terms of daily watch time, it says, to the tune of 250 million hours per day. YouTube also cited a 2018 study conducted alongside MediaScience Lab that found that YouTube ads on TV screens drove 10% greater lift in recall than ads on linear TV.

YouTube says that more ad updates will be coming to its TV app early next year.

The YouTube Masthead can be previewed with advertisers’ own content and customization options here, though prospective buyers must contact Google in order to be enrolled in the beta.