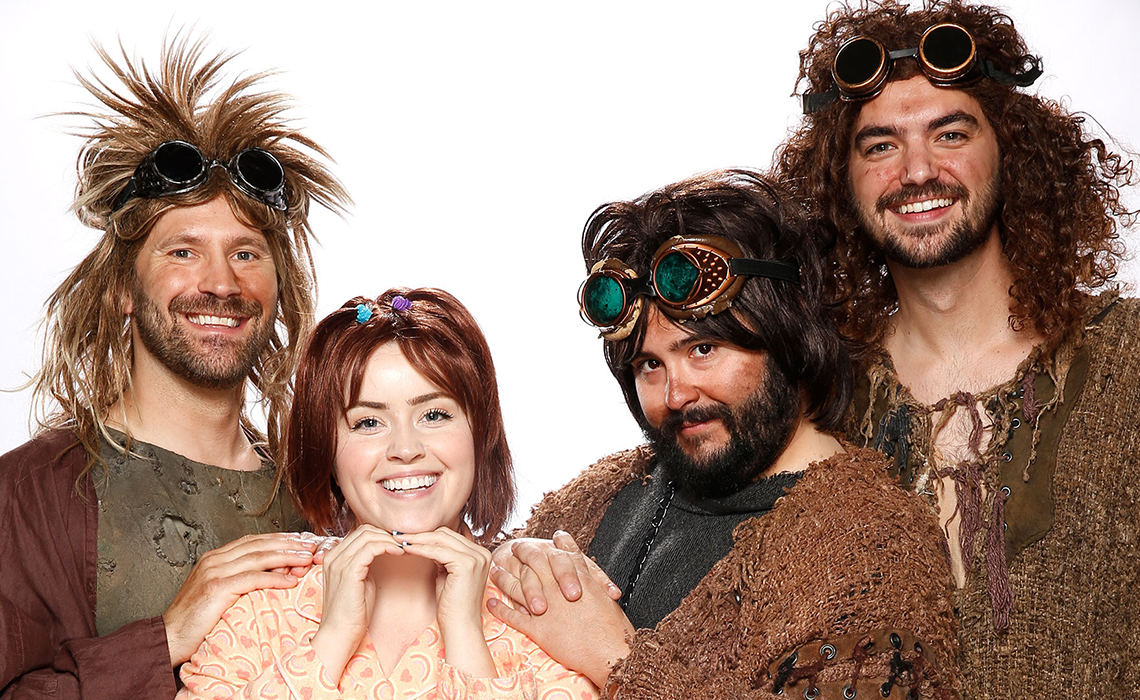 SourceFed’s spiritual successor, a foursome of the axed news/commentary channel’s original hosts now calling themselves The Valleyfolk, has won the first season of NBC’s comedy competition Bring the Funny.

Joe Bereta, Lee Newton, Elliott Morgan, and Steve Zaragoza comprised one of 40 total acts that went head-to-head in the 11-episode first season of the new series, which was hosted by comedian, actress, and singer Amanda Seales, and judged by comedy all-stars Kenan Thompson, Chrissy Teigen, and Jeff Foxworthy.

The foursome, who entered as a variety group, became the competition’s fan favorites thanks to their funny onstage sketches — like the one below, where a woman anxiously waiting for her husband’s surgery to end finds out the hospital they’re in is a little…odd.

How do we know they were fan favorites? Well, Bring the Funny’s series finale worked like this: four of the five final acts were chosen by the judges, but one finalist space was reserved for an act chosen by the audience. Viewers ended up selecting The Valleyfolk to move forward, and then, American Idol-style, ultimately voted for them to be the winners.

For their victory, Bereta, Newton, Morgan, and Zaragoza received a $250,000 prize. Together, they took to The Valleyfolk’s Twitter after the finale aired to pass along a heartfelt message to their supporters.

We just want to say thank you to all our friends and fans and family and voters and everyone behind the scenes and everyone who shared the stage with us. This has now entered the “unimaginable” zone and we couldn’t be more thankful… and stupid. We are very stupid. pic.twitter.com/9tmwyOAfcQ

Participating in the show has (since July) brought The Valleyfolk more than 10,000 new subscribers on YouTube, where they now sit at 288K. Folks coming to their content from the competition will find familiar fare: funny sketches, humorous breakdowns of odd incidents in the news, and audiovisual episodes of The Valleycast, where all four members get together to talk about the latest and greatest anything and everything. The foursome is also active on Patreon, where they have nearly 5,000 patrons supporting their endeavors.