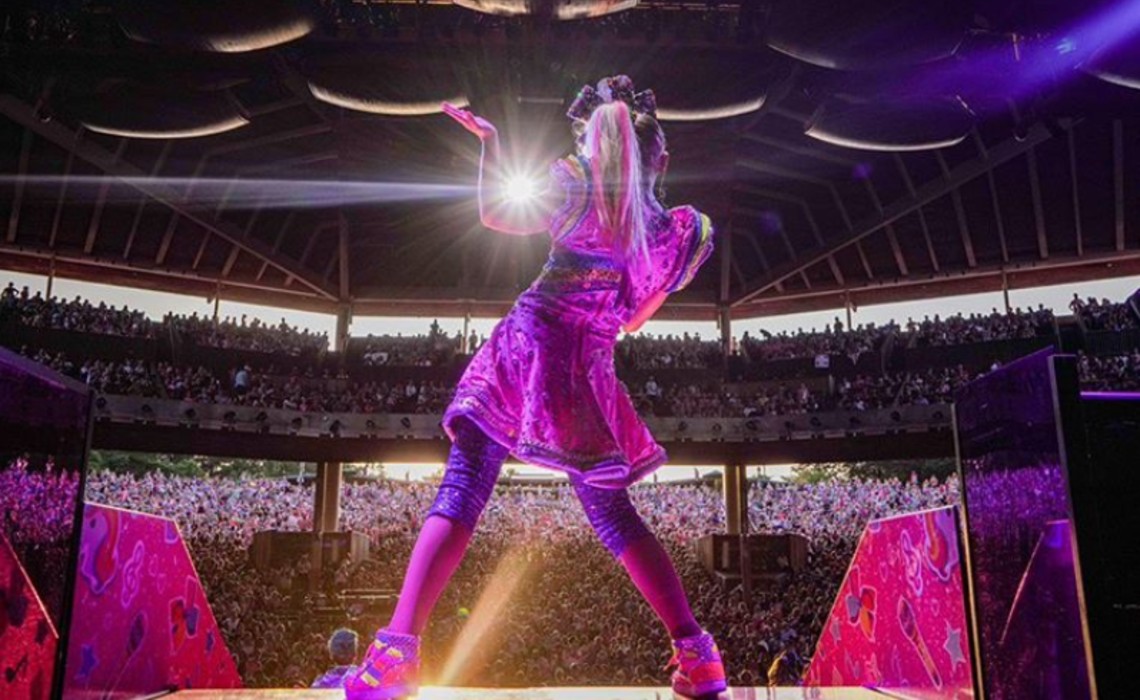 The game, launching next month on iOS and Android, enables players to join Siwa’s dance squad. Players must learn various dance styles, styling tips, and more while preparing for a big performance. (That virtual performance is inspired by Siwa’s worldwide DREAM Tour, which kicked off in May and is set to hit Australia in Jan. 2020). Live To Dance will also feature appearances by Siwa’s fan-favorite dog, BowBow.

The game — which is free to play but will include both ads and in-app purchases — is being developed and published by Israeli upstart TabTale in partnership with Nickelodeon, Variety reports. Nickelodeon is behind many of Siwa’s ventures — including the animated YouTube series The JoJo & BowBow Show Show and live-action series like School Of Rock and The Thundermans. Nickelodeon signed an overall talent deal with the 16-year-old — who counts 17.3 million TikTok followers, 10 million YouTube subscribers, and 8.7 million Instagram fans — in 2017.

“JoJo is an iconic, positive role model and a perfect fit for TabTale’s line of lifestyle games,” co-founder and CEO Sagi Schliesser said in a statement. “We created a whole new gameplay experience tailored to JoJo’s life as a singer and entertainer that we know fans will love.”