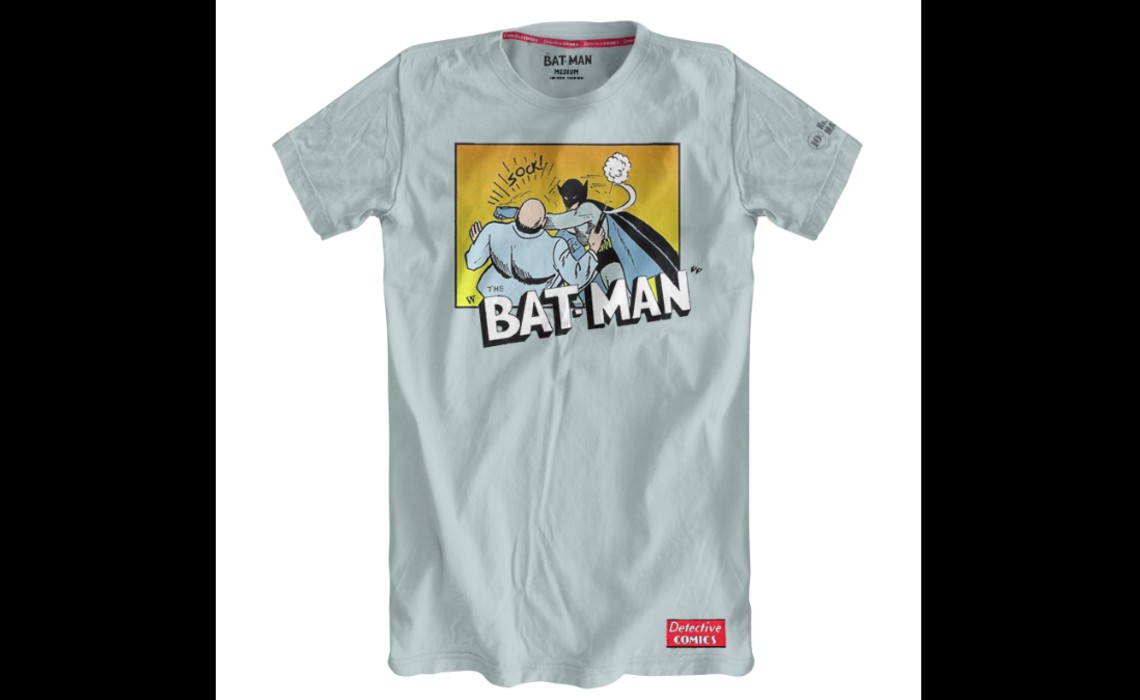 Dubbed Detective Comics #27 By Rooster Teeth, the line seeks to reimagine the aesthetics of the first Batman comics from 1939 into a fashion-forward clothing line. The partnership marks the first time that artwork from DC’s Detective Comics #27 — which tells Batman’s origin story — has been licensed, and is the first collaboration to come from an ongoing partnership that will mash up iconic Warner Bros. characters with Rooster Teeth brands.

The next phase of the partnership, launching this fall, will see Rooster Teeth create an Achieve x Batman clothing line that combines the gaming aesthetic of Rooster Teeth’s existing Achieve merch line — comprising fandom apparel inspired by Rooster Teeth’s Achievement Hunter gaming and comedy imprint — and infusing it with some of Batman’s darker elements.

“Through this whole integration into WarnerMedia, it’s been surreal to become a lot closer to the brands we’ve always been huge fans of,” Rooster Teeth co-founder Geoff Ramsey said in a statement. “Now, actually getting to work with Warner Bros. and DC on these collaborations, we’ve been like kids in a candy store. Comic books, video games, and cartoons are our inspirations as content creators, and it’s humbling to get to bring our style and aesthetic to these iconic designs and make cool stuff we want to wear.”