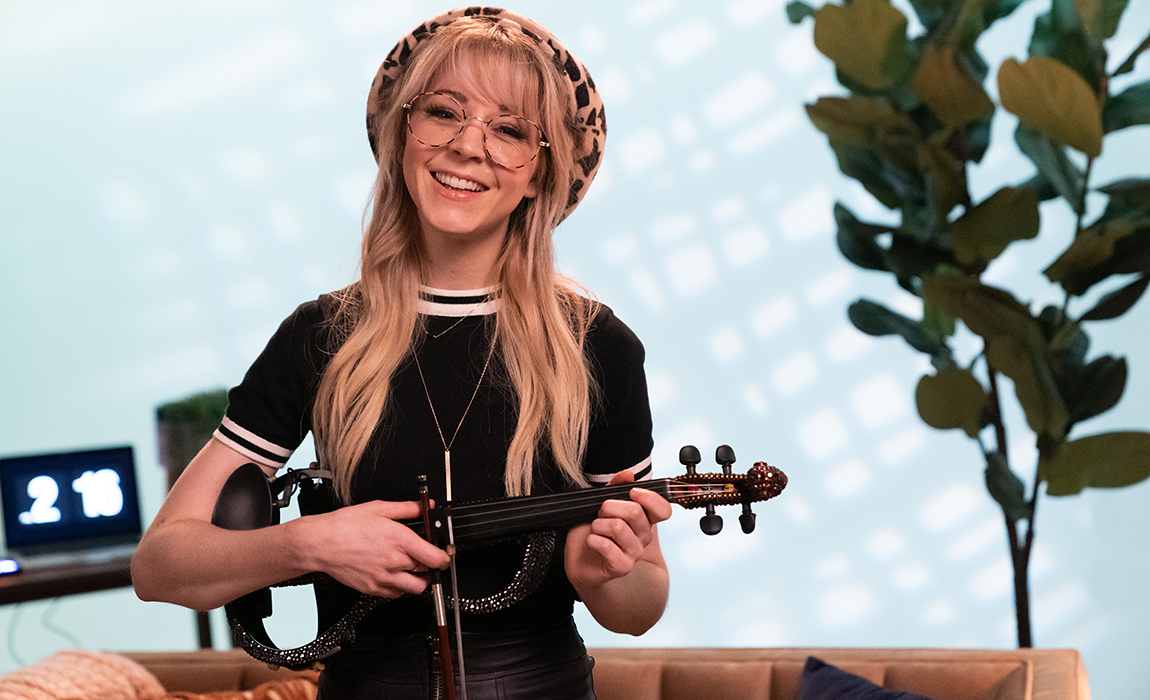 The Ad Council has partnered with top creators and musicians Lindsey Stirling, Hayley Kiyoko, Aminé, and Christina Perri for the latest installment of its ongiong mental health awareness campaign, Seize The Awkward.

The foursome’s installment, where each of them star in their own personal story video as well as one group video, debuted today to mark the beginning of September, which is Suicide Prevention Awareness Month.

Seize The Awkward launched in January 2018 with the goal of telling teens and young adults that it’s important (if sometimes uncomfy) to “seize the awkward” moment and have open conversations with friends and family about mental health. Suicide is the second leading cause of death among young adults, per the Centers for Disease Control, and with this campaign, the Ad Council aims to encourage kids to be honest with one another and seek support when they need it. Past installments in the ongoing campaign have featured notable YouTube creators like Markiplier, Liza Koshy, Hannah Hart, and Jessie Paege.

This month’s installment, along with involving Stirling, Kiyoko, Aminé, and Perri, was put together in partnership with the American Foundation for Suicide Prevention and The Jed Foundation. Throughout September, a number of major digital platforms, including Reddit, Facebook, Snapchat, and UPROXX, will debut their own content for this Seize The Awkward installment, as well as disseminate Stirling, Kiyoko, Aminé, and Perri’s videos. (You can see a complete list of involved platforms and their contributions below.)

“This extraordinary group of musicians and major digital platforms gives us the opportunity to authentically reach and engage teens and young adults throughout the country,” Lisa Sherman, president and CEO of the Ad Council, said in a statement. “Each of these musicians has an impactful, relatable story that will hopefully encourage young adults to start important and potentially life-saving conversations.”

In the group’s video, renowned YouTube violinist and dancer Stirling, who’s been open about her struggles with anorexia and depression, says, “The hardest thing with mental health is it becomes a spiral. And sometimes all you literally need is a little catalyst to help you to stop.”

You can see the stars’ group video above, and their individual videos here, here, here, and here. More content will debut over the course of the month from partner platforms — details below, taken from an Ad Council statement.

Billboard: Billboard, the global destination for the latest music news, issues and trends, will donate and run a comprehensive, supporting media campaign across its extensive ecosystem including social media promotion of the musician video series.

Café Grumpy: Café Grumpy, in partnership with Facebook, will offer Instagram users two-for-one coffee coupons to encourage them to visit a Café Grumpy with a friend to have a conversation about mental health over a cup of coffee.

Facebook: Facebook’s Creative Shop contributed creative services and donated media for a series of unique illustrations and animated videos on Instagram demonstrating the signs of emerging mental health problems and ways to help a friend by starting a conversation.

Goodtype: On Sept. 17, the Instagram art community Goodtype will promote a challenge to its more than one million followers. Followers will be encouraged to create an original work of art dedicated to Seize the Awkward and share why it’s important to talk about mental health with a friend.

Initiative: Global media company, Initiative, is providing their expertise to support the campaign through pro bono development and execution of a custom media strategy to secure additional high-profile targeted media.

Reddit: Reddit is supporting the campaign by promoting an Ask Me Anything with a mental health expert during Suicide Prevention Awareness Month. Participants will be able to ask questions related to mental health and how to support a friend who may be in need during the school year.

UPROXX: UPROXX, one of the largest millennial focused news and entertainment sites on the web, will be sharing the musician video series across its social platforms.