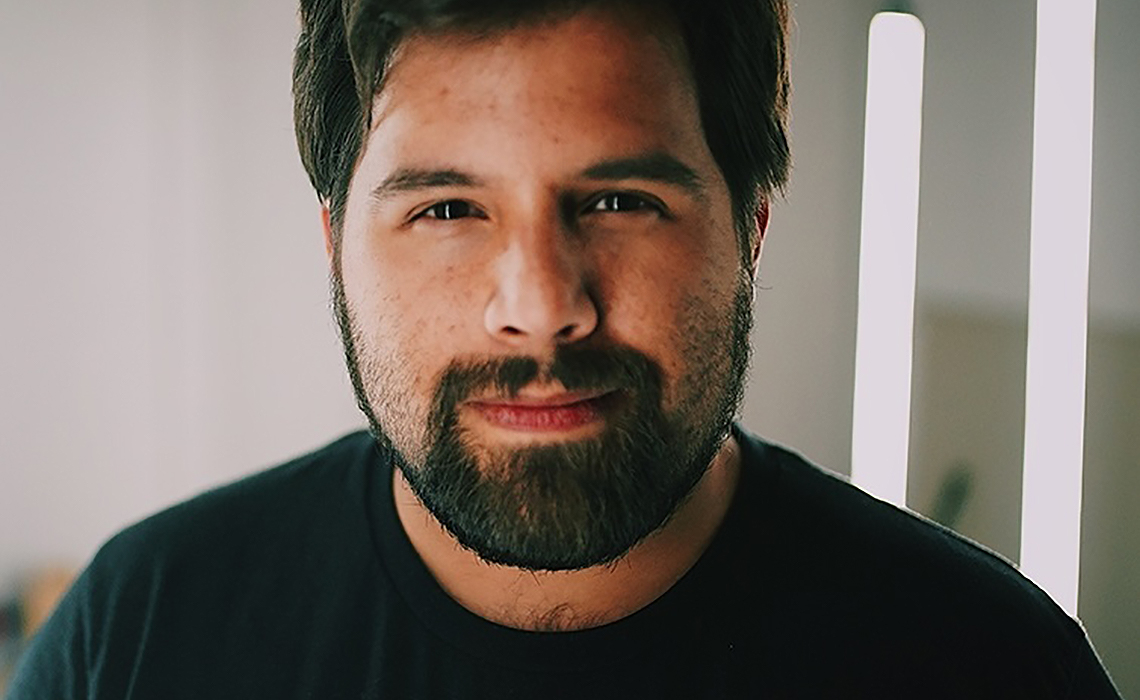 Caleb Hyles can cover anything. That might seem like hyperbole, but it’s really, really not. Take a glance at his channel, and you’ll see pitch-perfect covers of songs across octaves and genres, from the theme to hit ice skating anime Yuri!!! on ICE to 30 Second to Mars’ dramatic “The Kill” to Disney hits like “I’m Still Here” from highly underrated film Treasure Planet to country’s latest and greatest, “Old Town Road”…Hyles can do — and has done — it all.

But he’s not the only one spotlighted on his channel, which, of course, recently crossed the notable one million subscriber mark. Like most other cover artists, Hyles produces a number of videos that are “man and a mic” videos, focused on his face as he sings the song of the week. However, many of his other videos feature something unique to his channel: animations from guest animators that often blend an anime style with a song’s lyrics or mood or both.

Hyles was able to bring animators (who are all paid for their work and recognized in the videos’ credits) on after his channel first hit it big thanks to his cover of Frozen’s power ballad “Let it Go.” That was in 2014 — yes, it really has been five years since Frozen came out — and he’s continued to push his channel since then, not only with animations but also with remixes of songs that dramatically change the originals. (Take this extremely metal cover of “Defying Gravity” from Broadway play Wicked as an example.)

For Hyles, sharing his platform with other creators is part of his commitment to not only make great content, but also to make great kindness. His channel has become a space for positivity and the celebration of collaborative art — and he wouldn’t have it any other way.

Caleb Hyles: It’s humbling. I wouldn’t be where I am in my career if it wasn’t for so many gifted and life-giving individuals I’ve come to know over my lifetime. This milestone is just as much theirs to celebrate as it is mine.

CH: I am from the capital of Alabama, Montgomery. Life prior to YouTube was actually pretty similar to what it is now. As far back as I can remember (which isn’t very far because my memory is falling apart), my brother and I made homemade videos and uploaded them to the internet. Both our parents were performers and musicians, so we’ve always sort of had the performer bug in us and around us.

Tubefilter: What made you choose YouTube as the place to upload your content? This isn’t your first channel, so what made you decide to launch this one alongside your flagship channel, CrAzYbRoS?

CH: Yeah, YouTube was the second option, because the popular video upload website back in the early ’00s was called ‘Google Video.’ Basically, when YouTube came along, we started uploading our videos to both YT and GV just to cover our bases. YT was really restricting when it first came on the scene, so we greatly preferred Google Video. But YouTube eventually became our home, and I decided to make a second channel strictly for my song covers.

Tubefilter: You do animations to go along with some of your song covers, which is something quite unique to your channel. Why did you start incorporating animation? How do you find artists to work with?

CH: I started to incorporate animations into certain covers because the subject matter of certain songs lends itself to animation. Not only that, but I absolutely love AMVs [note: anime music videos] from the early ’00s.

Once I had a self-decided budget for projects, the idea that I could facilitate something akin to what I personally loved to watch was an exciting prospect. And finding animators was not too terribly difficult thanks to the reach social media has and the era of the “self-made artist.” I had over 50 legitimate options to chose within an afternoon of tweeting out that I was looking for an animator and asking for replies with portfolios and rates. I’ve also found many other artistic services through social media. It’s the equivalent of a worldwide bulletin board.

CH: If I were to attribute some “thing” to my longevity and attraction, it would be my overall passion for singing and willingness to put other creatives in a position to shine. I’ve loved singing/performing my whole life, and I do my best to make sure that shows in my performance videos. And with the animated covers, I let an animator take the reins and have their creativity bolster the video to something I could never achieve on my own.

Surround yourself with kind, determined, and passionate individuals, and you’ll better yourself.

CH: Listen to your audience. Always listen. Even when they’re mean. Always listen. There are numerous monetarily successful covers I have done because the general audience let me know that they wanted to hear and see my interpretation of a particular song. Now, not all suggestions you’ll follow through on are home runs, but the suggestion with the highest probability for success very well might be buried within the comment section of any of your videos. Sometimes, the audience knows you better than you know yourself.

CH:Depending on the difficulty of the song itself and whether I chose to just perform the song in front of a camera, make a full-fledged music video, or opt for a lyric/animation video, a cover can be done in as little as a week. Four months is the longest a video has taken. Who knows, though. If the project is ambitious enough, we could be looking at years.

CH: My cover of Disney’s “Let It Go” from the movie Frozen. That was my first “viral” hit, and was also the first time I learned to listen to an audience. Disney was the predominant cover material to be found on my channel from 2014-2015. I’ve since branched off into any and all kinds of genres, but you never stop learning what works and what genres should be revisited later.

CH: For YouTube specifically, the one-to-one communication that you have with your audience. The inherent critiquing and complementary nature of the comment section. Never in the history of entertainment has feedback for a piece of entertainment been so immediate. It’s fascinating!

CH: Continue to listen to my audience, always be on the lookout for future creators, and choosing kindness every step of the way. I’m not much of a “forward-thinking” lad, so I’ll just say that I’ll cross the inevitable bridges of adversity when I come to them.

You can add yourself to the ranks of Hyles’ more-than-a-million YouTube subscribers at his channel YouTube.com/CalebsCovers.

YouTube Millionaires: Michael Tucker Of ‘Lessons from the Screenplay’ Has Been Dissecting Movies For Years. Now, He’s Making His Own.