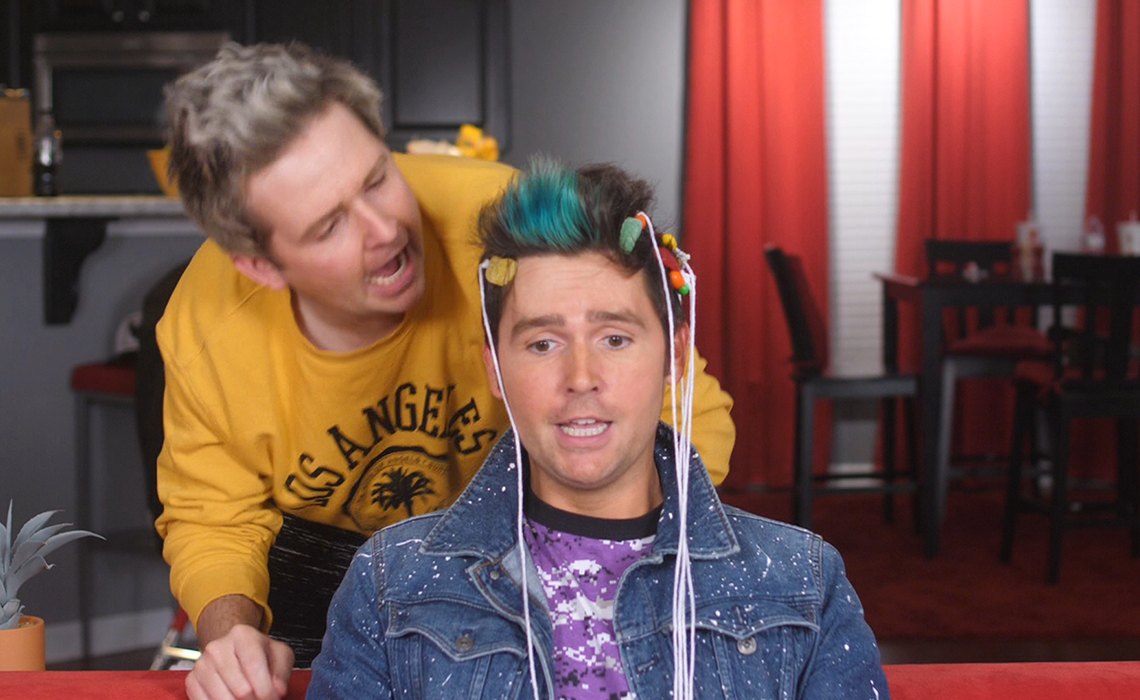 Ensemble, which was founded in 2016, focuses on representing clients in the comedy and family genres, and works to expand their existing platforms into franchises with associated intellectual property.

These latest three creators are at the tops of their games in humor and family content. Jesse and Mike, who hail from South Carolina, started their shared YouTube channel (appropriately called JesseAndMike) in 2007. They recently crossed the 10 million subscriber mark, and net between 150 and 250 million views each month. Their content consists of wild, wacky, prop-laden comedy sketches that often focus on what it’s like to have [insert random object] grow from your [insert random body part].

Shapiro tells Tubefilter that Jesse and Mike are currently working on a book series and are in development on a film, which will be produced by Shapiro and Ensemble.

8 Passengers, aka the Franke family, follows the adventures of parents Kevin and Ruby Franke, along with their six kids: Shari (16), Chad (14), Abby (12), Julie (10), Russell (7), and Eve (5). The family chronicles their relatable daily lives, including things like back-to-school shopping, first times, and what daily routines are like when you’ve got six kiddos to manage.

Finally there’s Todryk, who’s perhaps better known by her longtime blogging moniker The Rambling Redhead. She started a blog of the same name to track her adventures as a new mom, and since has catapulted the blog’s success into a book called Whines: 50 Perfect Wines to Pair with Your Child’s Rotten Behavior. She’s also cultivated a following on Instagram, nabbing 347K followers for her selfies, snaps of her kids, and updates about what’s going on in her household.

She’s currently in negotiations with a network to host her very own home improvement show, which, if you’ve seen how meticulous her own home is, likely won’t surprise you.