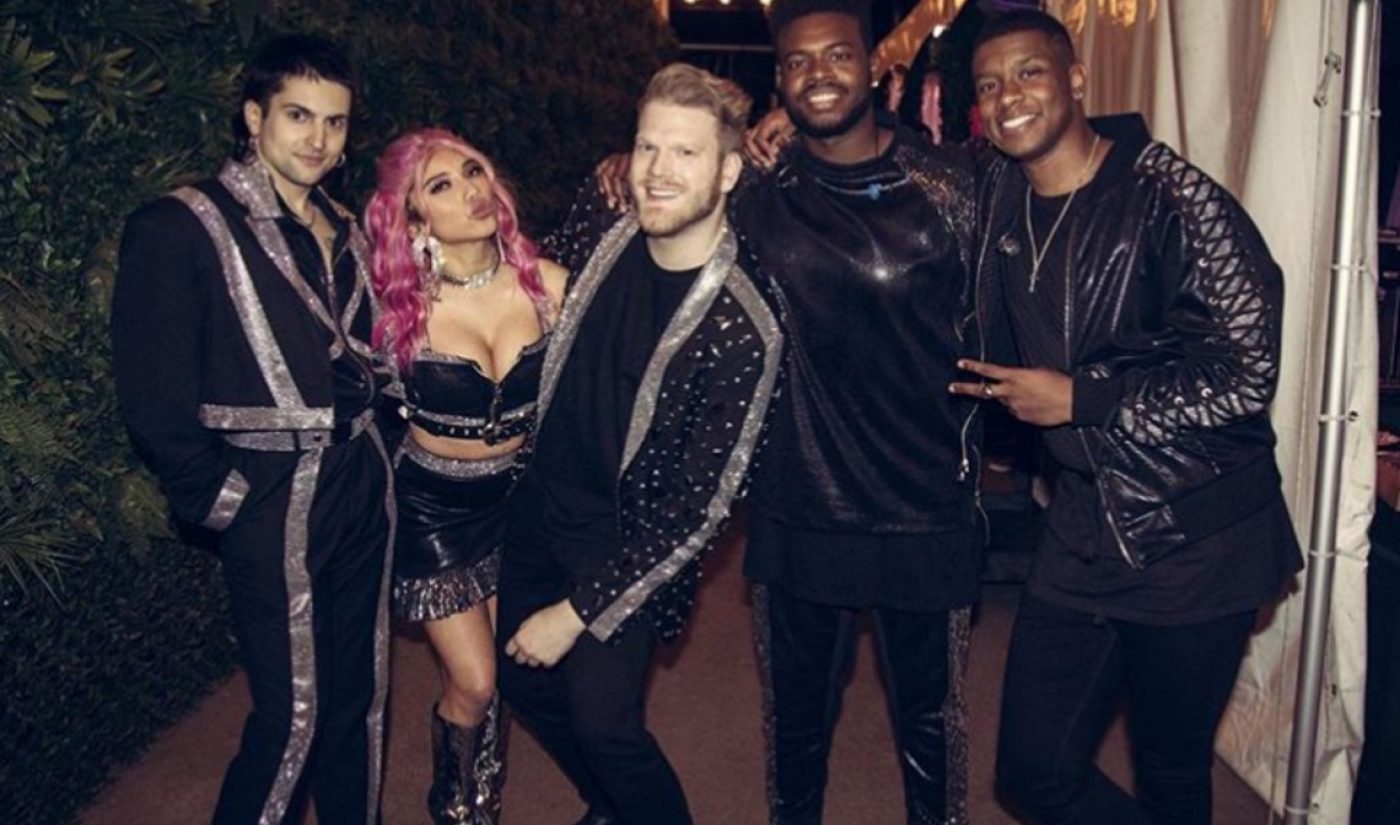 YouTube’s resident a cappella supergroup Pentatonix has just forged a year-long partnership with RCA as the electronics company kicks off promotion for its 100th anniversary.

The campaign has been dubbed ‘RCA Magic Moments‘, and serves to commemorate the fact that RCA pioneered the first radio, music records, and television sets, it says. Accordingly, on their current tour, Pentatonix sung “Happy Birthday” to one lucky fan during a stop in Washington — in a bid to create a ‘magic moment’ of its own — and then brought her backstage for a meet-and-greet and to be gifted some RCA-branded swag. (You can check out that moment via the band’s YouTube channel — which counts upwards of 17 million subscribers — below).

“Partnering with Pentatonix feels like the perfect way to celebrate the RCA brand’s centennial anniversary,” Claire Villeneuve, head of trademark licensing for RCA’s parent company, Technicolor, said in a statement. “For 100 years, we’ve committed to helping American households create ‘magic moments’ with their families. Similar to Pentatonix, who bring the magic and emotion to their fans, we do the same for our consumers. We hope that this partnership excites a new generation of consumers.”

RCA launched its 100th anniversary festivities at CES in January with the launch of several new products. Additional initiatives will roll out over the course of the next year, with more influencer suport and nationwide sweepstakes hosted via social media.

Pentatonix has sold 11 million albums worldwide. Most recently, the band released its arrangement of “Can You Feel The Love Tonight” from The Lion King. Their current tour will comprise 44 dates in North America — including New York City’s Madison Square Garden — as well as stops in Mexico, Brazil, Argentina, Japan, the Philippines, Australia, and New Zealand.