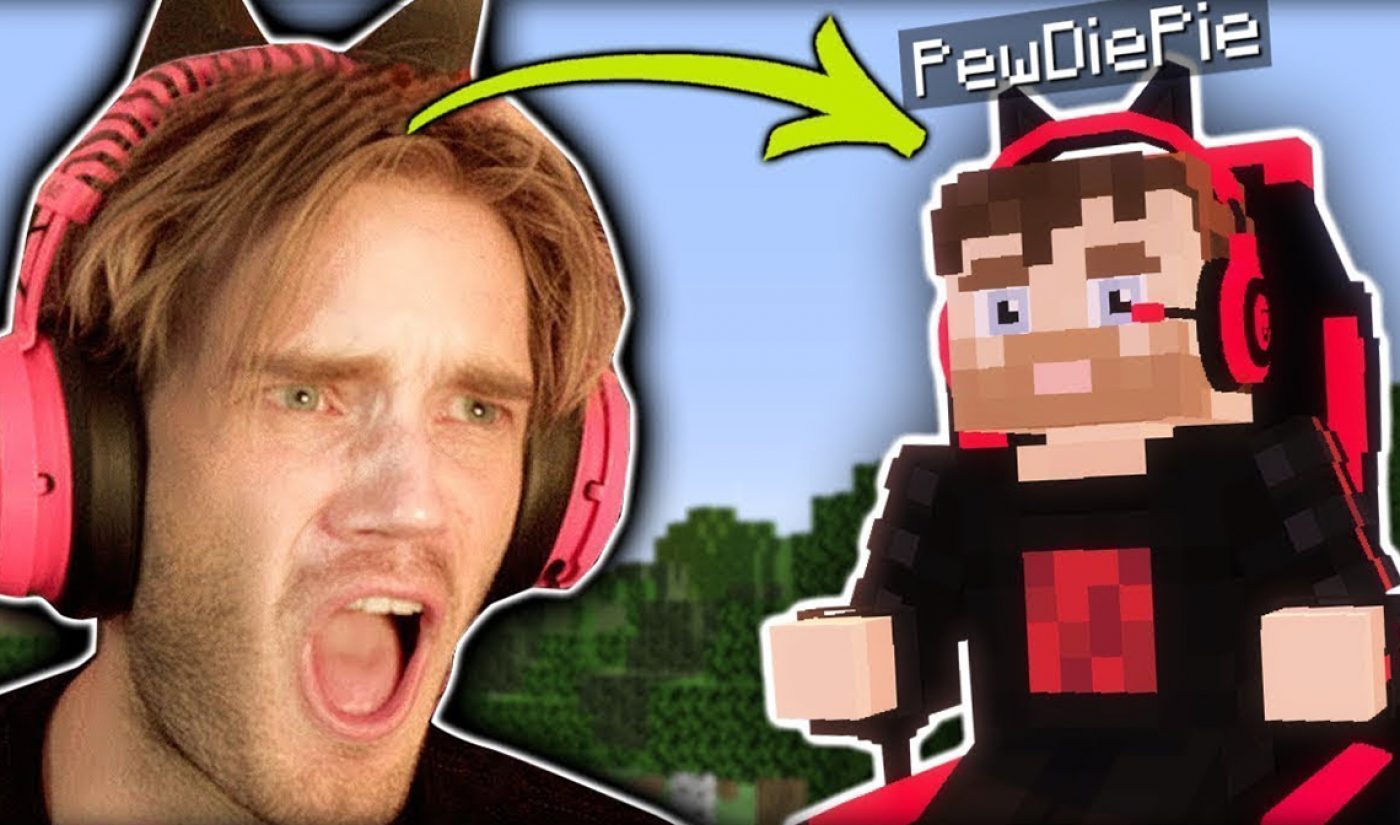 In his most recent vlog, PewDiePie discussed what the resurgence of Minecraft’s YouTube popularity has done for his channel, and reassured his 99.4 million subscribers that he’s not planning to quit the platform anytime soon.

“The channel has undergone some changes lately, you may have noticed,” he says, scrolling through the couple of dozen Minecraft videos he’s made over the past month. He says returning to Minecraft — the building game that inarguably laid the foundations for YouTube’s now-massive gaming sector — has seen “so much positivity with the channel and all the content.”

It’s not just positivity the Minecraft videos are generating, though. PewDiePie (whose real name is Felix Kjellberg) said his 10-year-old channel is now getting more monthly views than ever. He’s right: in July, his channel brought in 577 million views, the most it’s ever received in a single month.

And because of that, “The ad revenue is absolutely fantastic. Like, it could not be better,” Kjellberg says. “It is epic, I’m not gonna lie. I feel like I’m finally earning what people think I’m making out of YouTube videos.” (Estimates have put his annual earnings somewhere north of $12 million.)

This is a significant tone change from June, when Kjellberg posted a melancholy update about how his channel had seen a decline in both subscribers and views after he called off his longrunning battle with T-Series and asked fans to stop using the “Subscribe to PewDiePie” rallying call (which was used as a dog whistle by the Christchurch mosque shooter in March).

Kjellberg does take a moment in his new vlog to thank people who have continued to watch his videos despite “all the controversies and that stuff.” He’s referring primarily to the infamous 2017 incident where he paid two freelancers $5 to hold up a sign saying “Death to all Jews.” There have also been related controversies, like the Wall Street Journal’s subsequent investigation into his channel, which found nine more PewDiePie videos published prior to the “Death” video that also contained anti-Semitic imagery. And, most recently, there was an incident this past December, where Kjellberg recommended a YouTube channel that frequently posts anti-Semitic, white supremacist content. The specific video he recommended from that channel contained jokes about the death of activist Heather Heyer, who was killed in 2017 when a neo-Nazi drove into a crowd of counterprotesters at a white supremacist rally in Charlottesville, VA.

“Obviously looking back now, I kinda feel very stupid about it, and a lot of it wasn’t worth it,” Kjellberg says. Laughing, he adds, “So basically, I’m sorry for all the bad things I’ve done. I just want to play Minecraft, please.”

Last up, he tells his viewers he’s not quitting YouTube, but says he does plan to take a break, since he’s been producing one video per day for nearly a decade straight. “I don’t take breaks, I just keep going and going and going,” he says. “But it would be nice to just not have YouTube in my brain for the first time in ten years.”