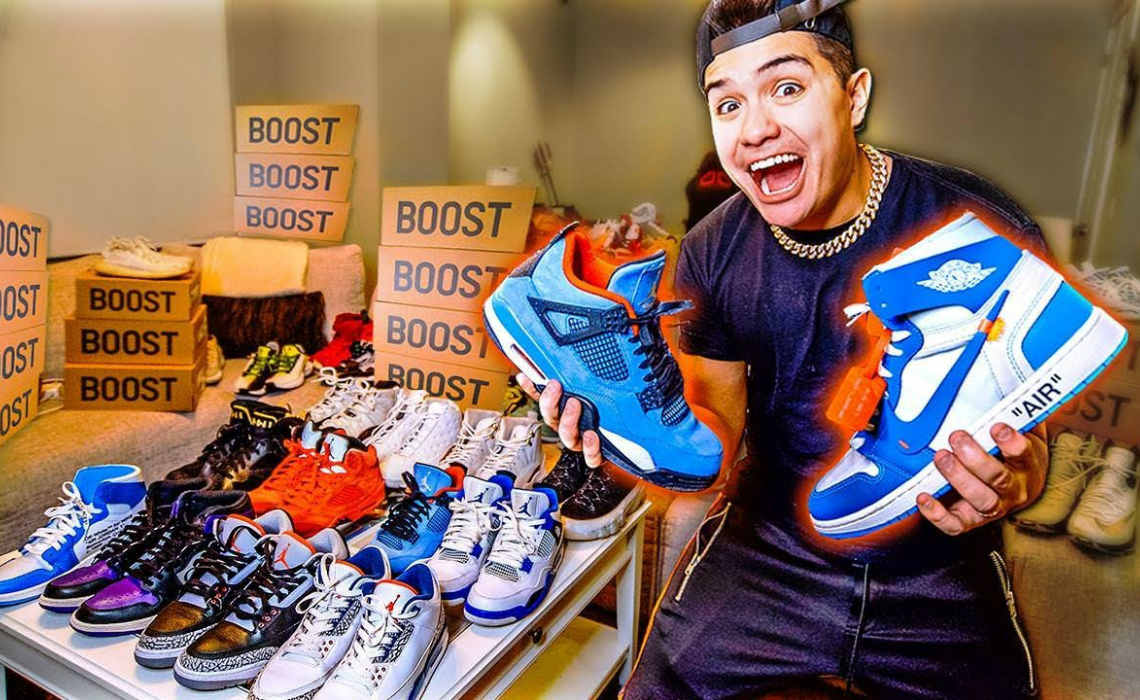 YouTube Millionaires: For Legit Vlogs, It’s All About Staying On Trend — And True To Who He Is

Tim, the first-name-only man behind YouTube channel Legit Vlogs, has a serious skill for keeping track of trends. The 21-year-old first started making content 10 years ago, inspired by his favorite YouTuber (and our very first YouTube Millionaire here at Tubefilter): Fred. But even while he was enjoying making videos with a similar feel as Fred’s, he knew those videos wouldn’t be on trend forever. So he kept an eye out for the next big thing. And the next. And the next.

Keeping an eye on trends didn’t mean he solely made content geared toward them, though. Tim’s ultimate goal was to make videos that blended his own personal passions with YouTube’s freshest, hottest hypes. What he ended up settling on was fashion. He moved from Fred-esque content to establishing himself as a reviewer of popular he dug — brands like Nike, Adidas, Supreme, and Off-White. That was back in the early days of the brands’ digital popularity, before YouTube exploded with a now commonly encountered type of creator: a hypebeast.

Search up “hypebeast” on YouTube, and you’ll find thousands of videos of folks reviewing, buying, selling, and just plain enjoying the brands mentioned above, and the sometimes lavish lifestyle (think flashy cars and high-end living spaces) that accompanies them. Once the culture started gathering speed on YouTube, Tim switched up his content to be less of a nuts-and-bolts review channel and more of a lifestyle channel chronicling his hypebeast adventures.

For his latest content adjustment, he’s started bringing his wife Beth on to the channel, giving things more of a family feel, and he’s begun incorporating pranks and content reminiscent of MrBeast, where he employs the income and platform YouTube’s helped him establish to give back to other people (as in the video below).

No matter what’s happening in the YouTube sphere, Tim’s always got an ear to the ground. And you can bet when the next big thing comes along, he’ll be riding that wave.

Tim: Hitting one million subscribers was a lifelong dream of mine. This is literally what I feel like I was made to do. I want to thank my fans for being there throughout the whole journey and supporting me through the struggles!

Tubefilter: Tell us a little about you. Where are you from? How did you meet your wife? What was life like before YouTube?

Tim: I’m originally from San Antonio, born and raised. I grew up in a family of seven, which was not easy at times, and my family also faced financial struggles at some points in my life, although going through those experiences shaped and defined the person I am today. It led me to my wife later on in life, at age 17. We got married in May of 2017. I was only 19 at the time.

YouTube has been a major part of my life. I started filming videos at the age of 11, so there wasn’t really a life before YouTube. Creating content was something I genuinely enjoyed even back then, and knew I wanted to do this for years to come.

Tim: I was inspired by Fred, to be honest. As a kid, I would create content similar to his because that was interesting and entertaining to me. I assumed that type of content wouldn’t be me forever, so I started to incorporate other things that resembled who I am as a person, and that made my channel even more relatable.

Tim: The hypebeast culture on YouTube really started to take off. Sneakers like Yeezys started to gain more traction from the average consumer. So, rather than just reviewing the hottest, newest thing, I wanted to grab the attention of a younger audience. I started to incorporating pranks and things revolving around the shoe itself and not necessarily the material and quality the shoe is made of. I believe this has helped my channel stand out not only because I’m able to reach my sneakerheads, but also entertain a new audience.

Tubefilter: So for those who may not know, tell us what a hypebeast is. How did you get into hypebeast culture? What draws you to this lifestyle and brands like Supreme?

Tim: A hypebeast can be described as someone who wants to dress the best or the freshest, buying the most popular brands that will grasp everyone else’s attention. Back in high school, I wanted to be that person, but the term “hypebeast” wasn’t cool then. I wanted to be the person with the most swag. I wanted the guys to see my outfits and think they were cool. I also wanted to catch the girls’ attention. So I would buy things that would reflect that.

As time went by, I adapted to the trends and things that were popular. I grew into this “hypebeast” culture but still buying things only because I wanted them, not because of the hype. Brands like Supreme, Off-White, and other designers are the things that do just that: catch people’s attention. It’s the brands people want now, and that will change.

Tim: Since I’m aiming to grab the attention of young viewers, I often refer to myself back in middle school and ask myself if I would watch this video. I like to remember what other kids and I enjoyed back in middle school and think of popular topics now, then incorporate them into my videos. An interesting way ideas come to my mind is when I am at the gym, pushing myself physically allows my brain to just think. I believe the audience comes back just because they see the quality and time I put into my videos. It shows that I am trying to create the best possible content for them.

Tim:Depending on the concept of the video, it can take anywhere from a couple of hours to even an entire day. I like to keep filming and creating every day I can.

Tim: Once I realized that I need to be an entertainer and not a reviewer, I noticed a bump in my views and subscribers. My audience really enjoys videos where I give back to the community and don’t buy things for myself. It allows my audience to understand where I came from and give back to those who support me and are in the position I once was in.

Tim: Although the videos I like to create take up a majority of my time, I never forget to get in the gym no matter what hour of the day that is. I also like to game up — gaming channel coming soon! I also manage my own brand deals on the side and attend church every Sunday.

Tim: I would like to branch out of sneakers and grow into a personality channel that my audience will still love. I aim to become the biggest Latino influencer. I just started working with Michael Gordon as my manager over at Fullscreen.

You can add yourself to the ranks of Tim’s more-than-a-million YouTube subscribers at his channel YouTube.com/LegitLooksForLife.