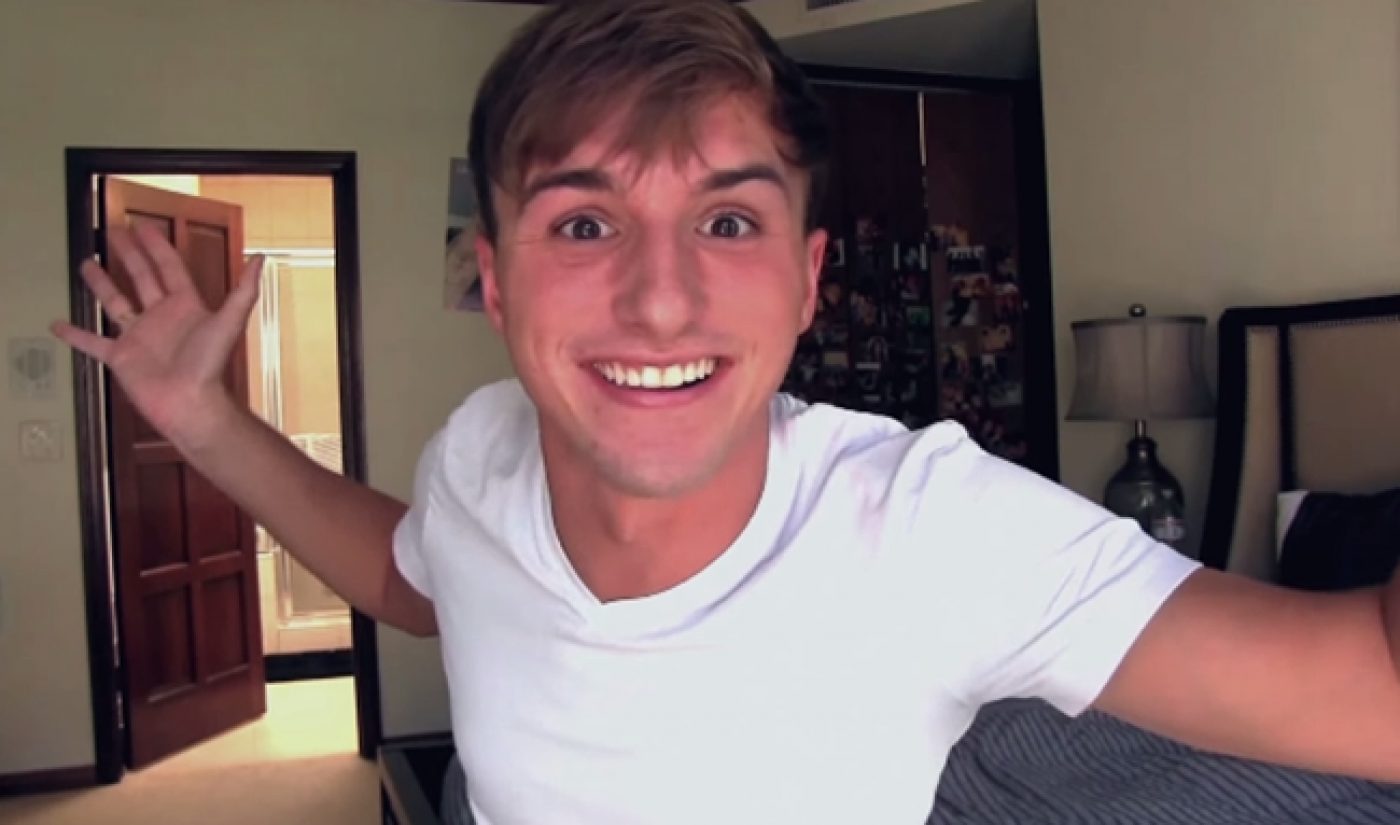 Currently, there are 871 YouTube channels with at least one million subscribers. In April 2009, though, there was just one: Fred. The YouTube home of Lucas Cruikshank‘s polarizing, screechy-voiced character was the first channel to ever achieve a seven-digit subscriber count. After becoming one of YouTube’s first stars, Cruikshank became one of the first YouTubers to make it to TV when Fred: The Movie debuted on Nickelodeon.

About two years ago, Cruikshank ceased regular updates on the Fred channel, and he began making videos on the Lucas and Jenny channel he launched with his friend Jennifer Veal. Recently, though, Fred has returned. After a fake launch involving a fictional Korean corporation, Fred himself came back to YouTube on August 28th. With YouTube’s first million-subscriber man back in business, we figured it was time for a special edition of YouTube Millionaires. Here’s what Cruikshank had to say about the past, present, and future of the Fred character.

Tubefilter: How did it feel to become the first YouTuber to ever reach one million subscribers?

Lucas Cruikshank: It felt surreal! I just remember feeling so thankful and having a hard time grasping the fact that so many people watched my videos.

TF: What was your favorite part about the creation of the old ‘Fred’ videos?

LC: Expanding the Fred “world” was my favorite part. People really got into it too! I still get letters asking what Kevin, Judy, Fred’s Mom, Bertha, and even Claudio are doing now.

TF: Is there anything about the ‘Fred’ movies that, looking back, you would’ve liked to have done differently?

LC: Nah, I had a blast and learned so much. Some of the younger fans, who discovered Fred when he was on Nickelodeon, have a strong attachment to the character as he appears in the movies and TV show. Older fans identify more with the Fred from my original YouTube videos. Whichever Fred they prefer, I’m happy people are still watching and enjoying everything we made!

TF: What made you decide to stop creating new ‘Fred’ videos?

LC: It was at the point where they were becoming forced and redundant. I knew that it was time to close that chapter.

TF: What do you think is the most significant difference between the YouTube ecosystem ‘Fred’ grew up in and the current one?

LC: When I started doing Fred, YouTube was only like a year old and people were figuring out what it was going to be. I think Fred helped YouTube develop as a medium into what it is today. It’s a lot more of a community now and a lot more personality driven. It’ll be interesting to see how things change in the future.

TF: What fueled your decision to bring back the FRED Channel?

LC: Fred was such an amazing creative outlet for me growing up, so I wanted to let other kids experience that. That’s why we decided to make this new FRED a community where families can submit their own videos and get involved with the creative process. We want to encourage people to make and contribute in addition rather than just watching.

TF: What is the most interesting response you received about the ‘New Fred’ videos that went up right before your return to the channel?

LC: A dad at the grocery store came up to me and asked about them and he seemed really concerned. He was so nervous that someone has hacked me.

TF: How do you plan to balance your appearances on the ‘Fred’ channel with the ongoing content on your vlog channel?

LC: I don’t think that will be an issue, there’ll always be time for both and more.

TF: What should ‘Fred’ fans most look forward to on the relaunched channel?

LC: We’ve made a bunch of great stuff including one-off videos, music, and short series. We’ve already premiered our puppet show Stormy & Baker and one of our game shows, In Your Face. By the time this article comes out we may have already premiered our first animated show, which is a Minecraft machinima (Editor’s note: Yep.) Soon we’ll launch a web site where people can submit their own videos, and with that comes our first FredQuest user-generated footage contest. There is more fun stuff planned that I can’t say much about yet, but we’ve found some talented younger YouTubers and we’re helping them take their art to the next level. It’s going to be really cool!