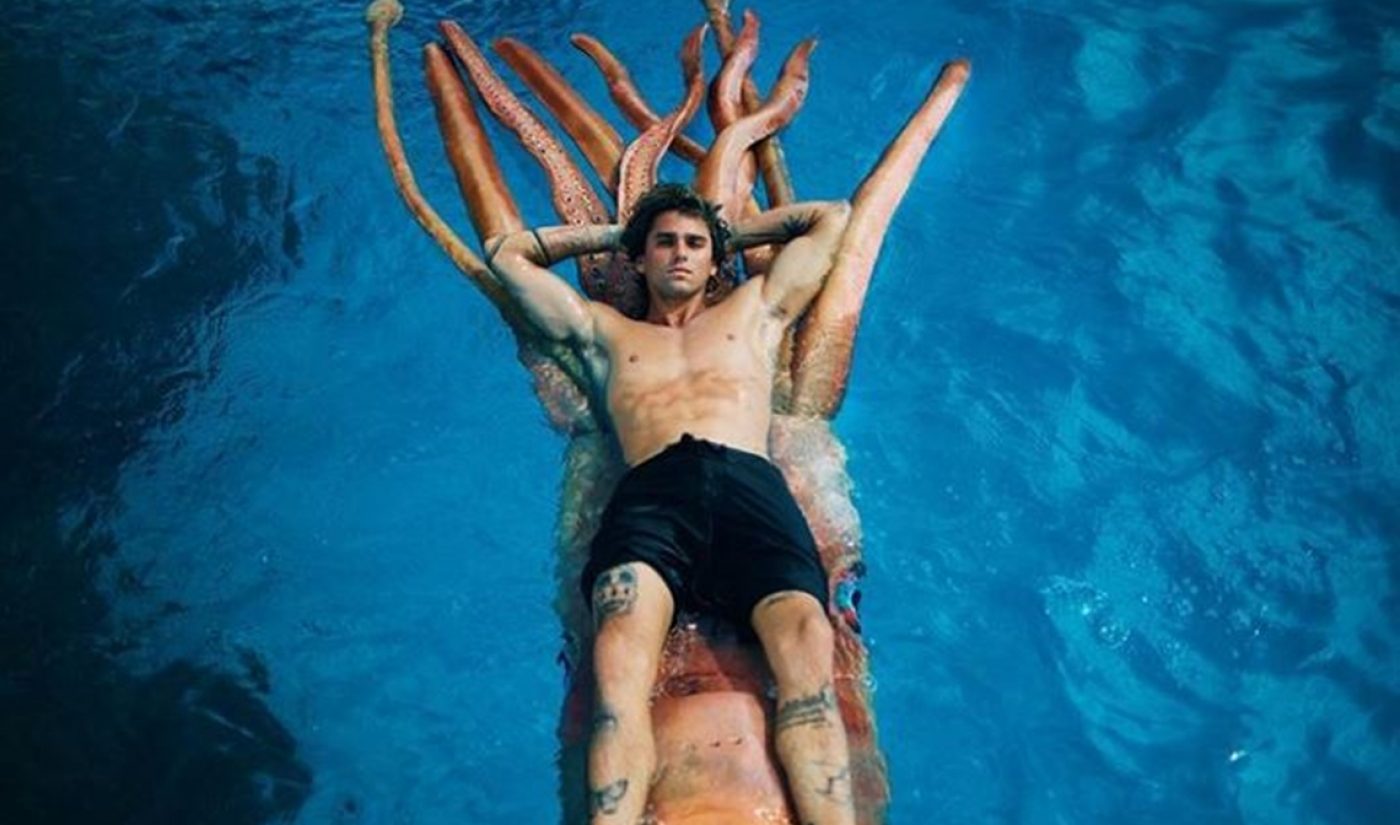 Influencer Jay Alvarrez, an extreme sports enthusiast who is best known for his travel-themed (and occasionally thirst-trapping) content on both Instagram (6.4 million followers) and YouTube (1.3 million subscribers), has launched a new series alongside fellow creator Lucas Asher in honor of the first-ever World Reef Awareness Day, which took place on June 1.

The multi-part series, titled Omerta Cortex, dropped last week on Alvarrez’s channel. In episode one, Alvarrez, Asher, and The Real Tarzann — an animal and wildlife creator  with 489,000 subscribers whose real name is Mike Holston — ventured to Bora Bora to adopt a coral reef and ride giant squids. They are also partnering with coral gardeners to personally fund conservation programs. Following the reef preservation episode, Omerta Cortex will follow more adventures as the guys travel around the world to raise awareness for myriad causes.

Both Alvarrez and Asher hail from Hawaii, and Omerta Cortex is to the name of their self-styled creator collective. In Latin, the phrase ‘Omerta Cortex’ translates to ‘code of consciousness’.

Alvarrez and Asher first became passionate about coral reef preservation while travelling to Tahiti and Moorea for a photoshoot with model-influencers Michele Maturo, Casey Boonstra, Eva Quiala, and Ayla Woodruff, where they learned that a nearby coral reef mosaic was being threatened by pollution, global warming, and other factors.

You can check out the debut episode from the Omerta Cortex series below: