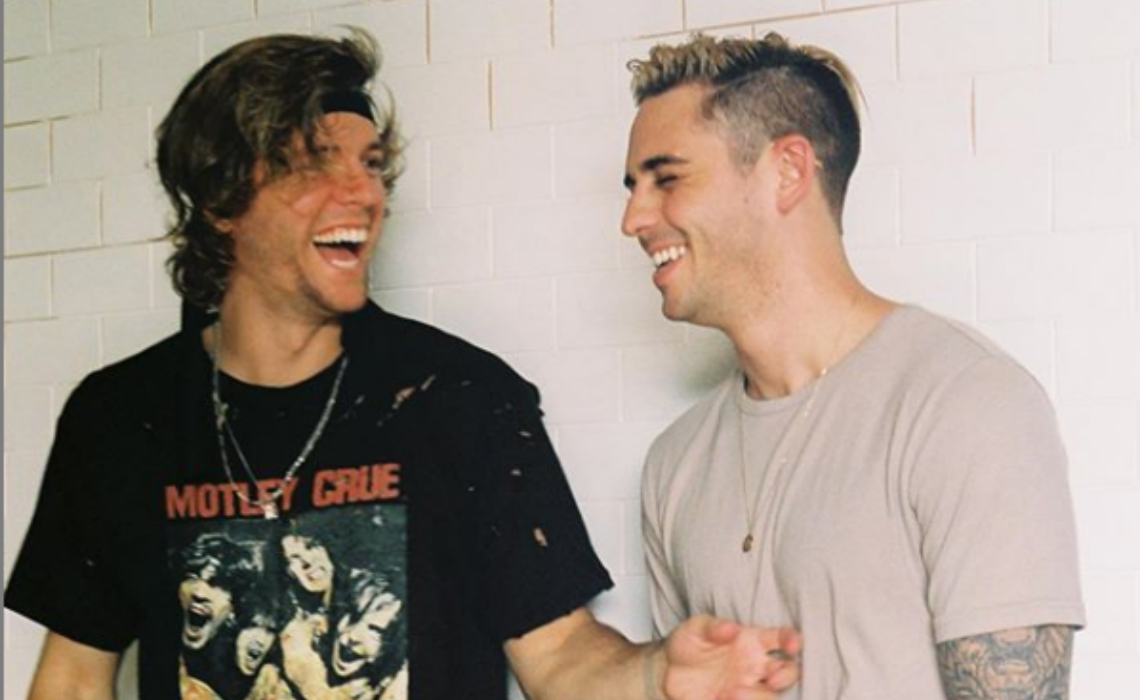 Creators Going Pro: For Musicmaking Duo NEFFEX, YouTube Opened All The Doors To A Full-Time Career

Bryce Savage and Cameron Wales’ first joint music venture was less than impressive. At the time, they were 15 and total strangers, brought together by the nascent high school punk rock band they’d both joined. Savage was cultivating a powerful singing voice and sharpening his songrwriting skills, while Wales, intrigued by instruments, leaned more toward the production side.

They both readily admit the band was kind of a fail. But it did give them one good thing — each other.

The duo, who together now make up the band NEFFEX, eventually separated to attend college in different states, and lost touch. Years later, just before they were set to graduate, they ran into one another again. “We realized we were both still producing and making music in our free time,” Savage told Tubefilter in February, when we interviewed NEFFEX to celebrate its YouTube channel hitting one million subscribers. “We asked each other when we were happiest in our lives. And it was when we were 15, making terrible music together.”

As more experienced musicmakers, they decided to give it another shot. That’s how NEFFEX was born. But the more important thing is how NEFFEX was formed. Because Savage and Wales knew they wanted to share their music on YouTube, but they also knew they needed to mold a content strategy that would set their songs apart from the millions upon millions of others on YouTube, and get their stuff out there to an audience who needed it.

So they came up with one: Give all their music away for free.

That’s right. Every single song NEFFEX produces is copyright- and royalty-free. That means Savage and Wales’ fellow creators can use them however they want in their YouTube videos without having to fear a copyright claim or demonetization.

What began as a plan to get their names out there soon flourished into a brand for NEFFEX. After realizing that fellow creators were the audience they’d been looking for, they committed to releasing a brand-new, complete song each and every week for the creator community. Their philosophy and reliability earned them a reputation in the creator community as a go-to place for folks who need everything from pounding rock anthems to softer ballads. And that reputation has brought them 1.7 million subscribers and upward of 25 million monthly views.

Now, Savage and Wales are on the verge of taking the next step in their careers — the kind of step that comes with record labels and sold-out tours. In fact, they’re prepping right now to head out for a European tour this October…but we’ll let them tell you more about that, and the rest of their YouTube journey, below.

Tubefilter: So first, welcome back to Tubefilter! Has anything changed since you chatted with us in February for YouTube Millionaires? We know you mentioned wanting to make some new kinds of content . . .

NEFFEX: Of course, thanks for having us back! A lot has changed, actually — we have an EP coming out soon that we’ve been working hard on, and we also have a tour coming up in Europe in the fall, so that’s all very exciting.

Tubefilter: During our first interview, you mentioned you’d tried sharing your music on platforms like Soundcloud and Facebook, but things didn’t really take off until you started posting to YouTube. What makes YouTube so good at driving traffic to your songs?

NEFFEX: Soundcloud and Facebook are great for virality due to their share and repost features, but for that reason, they are heavily inundated by share and repost networks that charge money to work your music around. So while we saw good traffic on both Soundcloud and Facebook, it just seemed more competitive at the time — and, with no budget, difficult to excel in. With YouTube, we saw great organic traffic because other YouTubers were using our music in their videos, and their followers would then go look up our songs and discover us.

Tubefilter: How does YouTube factor into your current career growth plan? How do you use it to market your music?

NEFFEX: YouTube is our No. 1 outlet for marketing music right now, with Spotify a close second. We’ve established a huge fanbase on YouTube that knows us and loves our music and shares our music with their friends, family, and followers every time we post something new. With Spotify, we’ve also amassed a large following. Spotify is a fantastic platform because of playlists like Discover Weekly and Release Radar, where they put our music in front of new listeners at no charge to us.

NEFFEX: The first time we ever saw a check for our music was actually through an independent label release on our single “Messed Up.” That’s when we started to realize there’s some real money in streaming. Our first check from AdSense came probably two and a half to three years ago. We were just kind of accumulating views and money on YouTube, and eventually logged into the backend of YouTube and decided to collect the few thousand we had earned. Initially, our AdSense revenue was kind of a bonus.

Tubefilter: Making the leap to producing copyright-free music seems like a bold (and intimidating) business decision. How did you two decide that was the kind of content you wanted to produce?

NEFFEX: We realized that when you’re nobody and nobody knows your music, it’s not the time to be selfish and picky. That’s the time to show the world what value you have to offer, and ours was in the form of music. We just wanted people to hear it, and instead of collecting pennies on the stream, we were just more excited to see new fans and listeners. So releasing everything copyright-free and allowing creators to expose us to a new audience was a no-brainer for us.

Tubefilter: NEFFEX produces one complete, fully-produced song each and every week. Why is it important for you to maintain that packed release schedule?

NEFFEX: It’s important on social media and for personal growth to develop a routine. And we realized that in this day and age, more content equals more growth — so long as that content is quality content. So, we tried to figure out the shortest amount of time it would take to create a full song, and that was one week. Then we picked a day to release and made sure we stuck to our schedule and routine no matter how great or terrible the track was that week.

NEFFEX: We realized we were professionals the day we got to quit our jobs. I believe that was sometime around March or April of 2017. But yeah, anytime you get to go full-time in something because you’re making enough money to survive is a good time to consider yourself a professional.

Tubefilter: How has YouTube allowed you to connect with other creators? Do you feel like the YouTube community has had a big influence on your careers as musicians?

NEFFEX: YouTube has led us to all of our opportunities. It’s how we’ve grown our following and it’s why people started to recognize us as legitimate artists. So yes, it’s helped us connect with other creators more than any other platform, and the YouTube community has 100% had an influence on our career as musicians. As an entertainer, you want to stay true to yourself but also make the fans happy, so our YouTube following has definitely influenced us stylistically at times.

Tubefilter: How many people work with you behind the scenes? Do you have an editor? What about a manager or network?

NEFFEX: We have a team of about five outside of us two band members. That includes management, lawyer, business manager, and booking agent. We are going to be adding a creative team soon as well. We think a creative team is a crucial component at this point in our careers as we continue to expand. We want to infuse our current team with new perspectives and keep building out our brand. We always strive to be lean and efficient with how we operate, and see a major value-add with a creative team to bring their experience and help us continue growing.

Tubefilter: Have either of you experienced burnout? What do you do to combat it?

NEFFEX: We have absolutely experience burnout before. Doing 100 songs in 100 weeks, it happens a few times, haha. The best thing to do is to know when to take breaks, how to take vacations, and honestly just keep plugging away, because it gets better. We were pretty over it by like song 76, but knew we wanted to make it to 100 in 100, and some of our favorite songs came out after song 76…so I’m glad we didn’t stop.

Tubefilter: What’s going on with your music careers outside of YouTube?

NEFFEX: I think on top of just being polished songwriters, we’re very calculated in what we do and surround ourselves with an amazing team. Being able to work quickly but with quality is important too.

Tubefilter: What’s next for NEFFEX and your channel? What are you building toward?

NEFFEX: We want to be some of the biggest, most established artists in the world. YouTube will be the platform that most likely helps us get there, but we’re hoping to see some other platforms help us develop as well. We hope to look out into a crowd of 10,000 people one day, all singing our lyrics back at us.