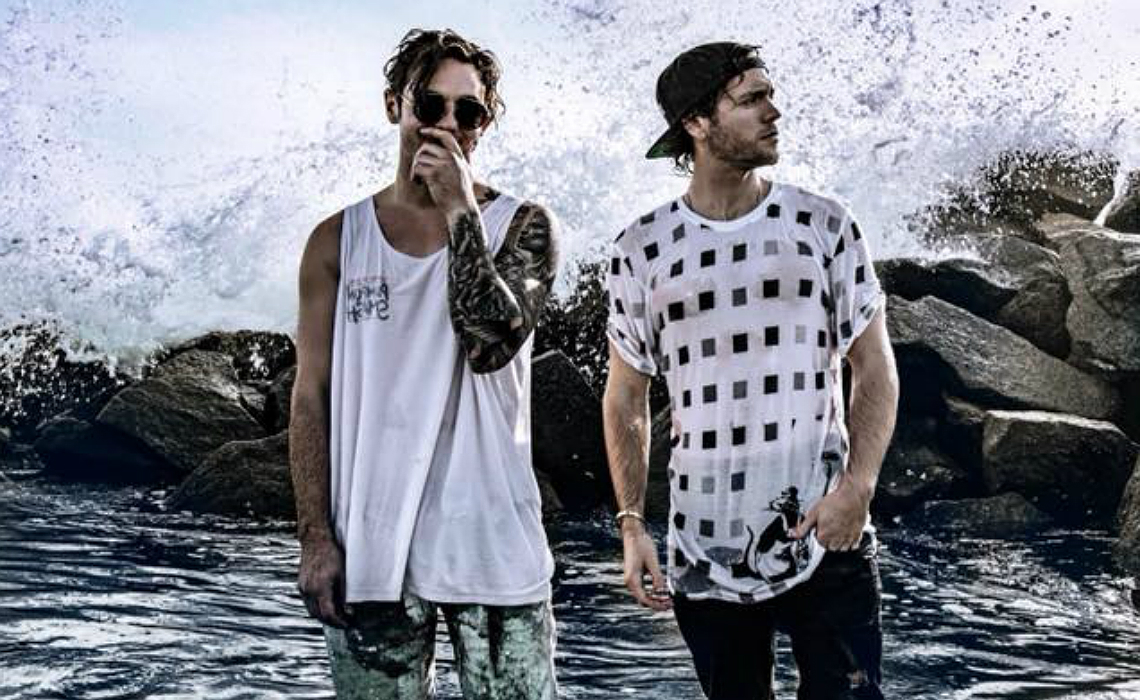 YouTube Millionaires: NEFFEX Supplies YouTube’s Creator Community With A New Copyright-Free Song Each And Every Week

Ask a YouTuber about finding background for their videos, and you’ll likely get a sigh and a long-suffering look. That’s because in many cases, YouTubers can’t find copyright-free or inexpensive-to-license music to use in their videos. And if they use even a few seconds of music that is copyrighted, they run the risk of their entire video getting demonetized. It’s a constant struggle — one NEFFEX wants to help ease.

The duo, comprised of Cameron Wales and Brandon Horth, has dedicated all its creative efforts to making a library of professional, copyright-free songs for fellow creators (and anyone else) to use in their videos and other content. NEFFEX puts out a new song each Wednesday, an intensive endeavor that requires Wales and Horth to spend dozens of hours in the studio every week.

NEFFEX’s offerings run the gamut from raw, electronic-heavy songs like most recent release “Rumors” to pounding rock anthem “Careless” to softer, Linkin Park-reminiscent “Broken Dreams.” Along with constantly producing music in varying genres, Wales and Horth manage NEFFEX’s sizeable merch shop and other arms of the behind-the-scenes business, including forays into new types of content.

Check out our chat with them below about their journey together from 15-year-old bandmates to YouTube Millionaires.

NEFFEX: It feels incredible. Ever since starting our channel and posting a song a week, we’ve been hustling toward reaching this goal and getting that gold Play Button. It feels amazing to finally hit it. We just want to say thanks to every single fan who has subscribed, followed, and shared our music. It’s surreal to have so many people out there listening to NEFFEX.

Tubefilter: Give us some quick background! How did the two of you meet, how did you decide to become NEFFEX, and why did you choose YouTube as the primary platform to share your songs (as well as Spotify and Apple, of course)?

NEFFEX: We met when we were around 15 years old, in a high school punk rock band. The band wasn’t great, but we got along well, so Cam and I broke off from the group and started making our own music. Acoustic guitar raps, some synth-style music, whatever we felt like making.

Eventually, we were separated by college and Cam moving up to Los Angeles, but we reunited the summer going into my senior year and realized we were both still producing and making music in our free time. We asked each other when we were happiest in our lives, and it was when we were 15, making terrible music together. So, we decided to start working together again, and came up with the name NEFFEX and the symbol.

We actually chose a number of different platforms, starting on Soundcloud and Facebook for the advertising and sharing features, but once we started posting our music on YouTube copyright-free, things started to take off, and YouTube became our primary platform for exposure to be discovered. It filtered tons traffic over to Spotify and Apple Music, too.

NEFFEX: YouTube is going to be crucial for us to communicate and start talking to and with our fans. With the new features like Stories, Community, and livestreaming its going to be where we update a lot of our fans on our touring schedule, merchandise, new music, etcetera. YouTube’s role is basically marketing our music. It lets people know we’ve released a new song, and lets other YouTubers know they can use it in their videos as well. We plan for YouTube to continue serving as a crucial foundational component for our growth long term.

Tubefilter: Why is it important to you to offer copyright-free music for YouTubers to use?

NEFFEX: It’s important because there’s not enough music out there that’s copyright-free for the amount of creators there are in the world. And there’s definitely not a lot of diversity of genre when it comes to copyright-free music. We’re hoping to provide high-quality music in great quantities, with genre diversity.

Tubefilter: What do you think makes your voices—and music—stand out on YouTube?

NEFFEX: I think we stand out because of the number of genres we create while offering all our music copyright-free. It allows all types of creators with any type of content — vlog, adrenaline junkie, gamer, lifestyle — to find music that works for them.

Tubefilter: Is YouTube a full-time job for you both? What else do you get up to in your daily lives?

Tubefilter: What’s your production schedule like? You guys put out a new song every Wednesday, so that’s gotta involve some crazy work hours…

NEFFEX: Ohhh yeah, it’s insane, haha. We got the formula down, though, between the two of us. We each take a chunk of the week to work on our part of the track, and it takes pretty much one week on the dot for us to finish a song every time. It’s a full-time job — at least 40+ hours per week for each of us. This includes getting better at our craft as well, plus research and all the business aspects.

Tubefilter: When did you notice your channel really starting to pick up subscribers? How did you know when you’d found your audience, and how did you grow that audience?

NEFFEX: We noticed it… I want to say around the time we released our 10th or 11th song. We started to really see our channel gain subscribers, and could see bumps in subscribers as people used our music in their content. It was such an epic feeling — we were addicted to the growth, and each new stream we would get. We started to notice our audience was mainly creators, influencers, and YouTubers themselves, and then parts of their audiences would also like our music and start following us. So we just continued putting out music and letting people now it was copyright-free.

NEFFEX: Our favorite part is that it’s our full-time job to be creative and come up with new ideas and songs. Being able to connect with so many fans at once is amazing too. Our fanbase has been incredibly supportive in listening and sharing our music, and their incredible feedback constantly inspires us.

NEFFEX: We’re hoping for big things in 2019. We have various music goals we will begin to reveal in the near future, as well as various YouTube and social media goals, which all include more and more content, upgraded content, and some cool projects. Hopefully a tour in the near future, too! 🤘

You can add yourself to the ranks of NEFFEX’s more-than-a-million YouTube subscribers at their channel YouTube.com/neffexmusic.