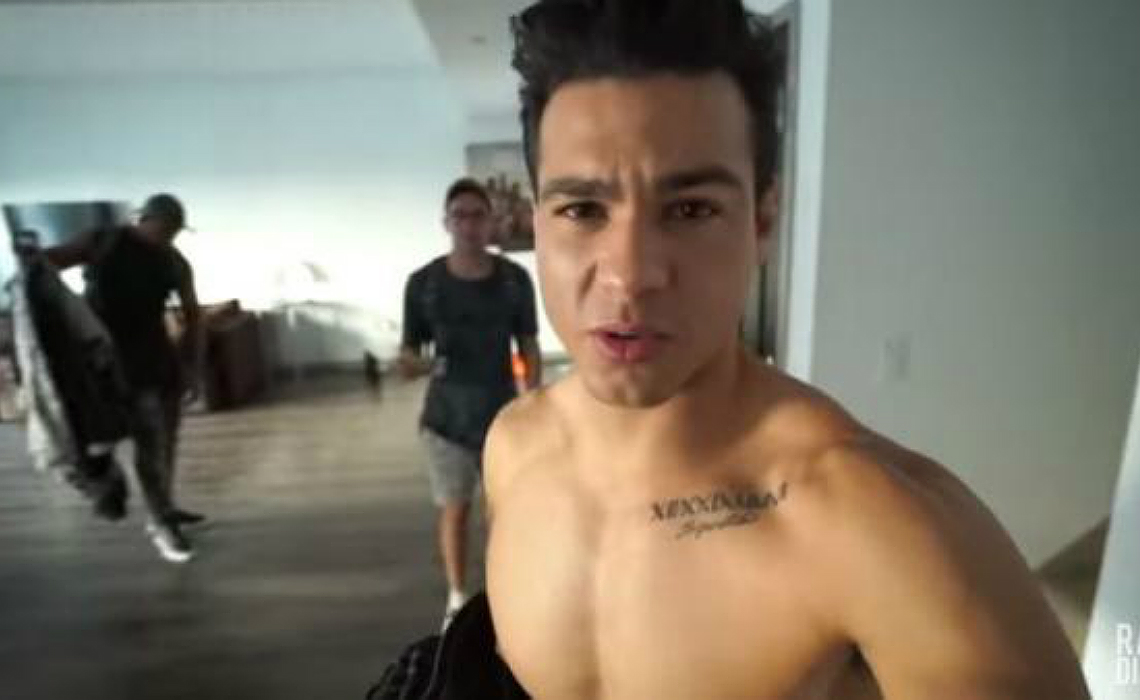 Ray Diaz, a YouTube creator and Instagram personality, has been arrested for physically assaulting his girlfriend, fellow influencer Angelica Salek. Because Salek is 17, and therefore under the age of consent in California, he’s also been charged with sexual assault.

Salek posted a disturbing, surreptitiously-recorded video clip on her account last week. In it, Diaz, who’s 33, can be heard yelling at Salek and repeatedly striking her. (The clip has since been deleted.)

Shortly after Salek posted the clip, Diaz told YouTube channel The Hollywood Fix he wasn’t dating Salek, and claimed the clip was an example of “voice acting.” Salek then provided YouTube channel DramaAlert with a second clip, and a longer version of the first — nearly two minutes of total footage. In the second clip, Diaz screams at Salek, telling her he’s going to “f-ck her up” and “end up punching you so f-cking hard.” He escalates to screaming that she should kill herself so he can “get out of it already.”

DramaAlert’s video was posted July 11 — the same day as a tweet from the Los Angeles Police Department (LAPD), which did not name Diaz, but did confirm the department was aware of social media posts “alleging physical abuse and sexual relations with a minor.” The department said it had “directed a group of investigators to look into these allegations.”

Diaz was arrested July 12 by the elite Robbery-Homicide Division Special Assault Section of the LAPD, with the assistance of the San Diego Police Department, the LAPD said in a tweet.

Diaz posted his bail and was released. No court date has been announced.

We have also asked whether Diaz’s account will be terminated if he is convicted. Generally, YouTube only terminates a creator’s channel if they’re convicted of a crime and their YouTube content is closely related to their crimes, as in the cases of the Fantastic Adventures and SevenAwesomeKids channels. The owners of both those channels were arrested for abusing minors, and both posted content containing victims.

But YouTube also sometimes reacts differently to special cases. In February, it terminated the channel of convicted sex offender Austin Jones. His content, which mostly consisted of Jones playing music, did not show any of his victims, but because he used the fame garnered through his channel to prey on underage fans, YouTube chose to delete it.