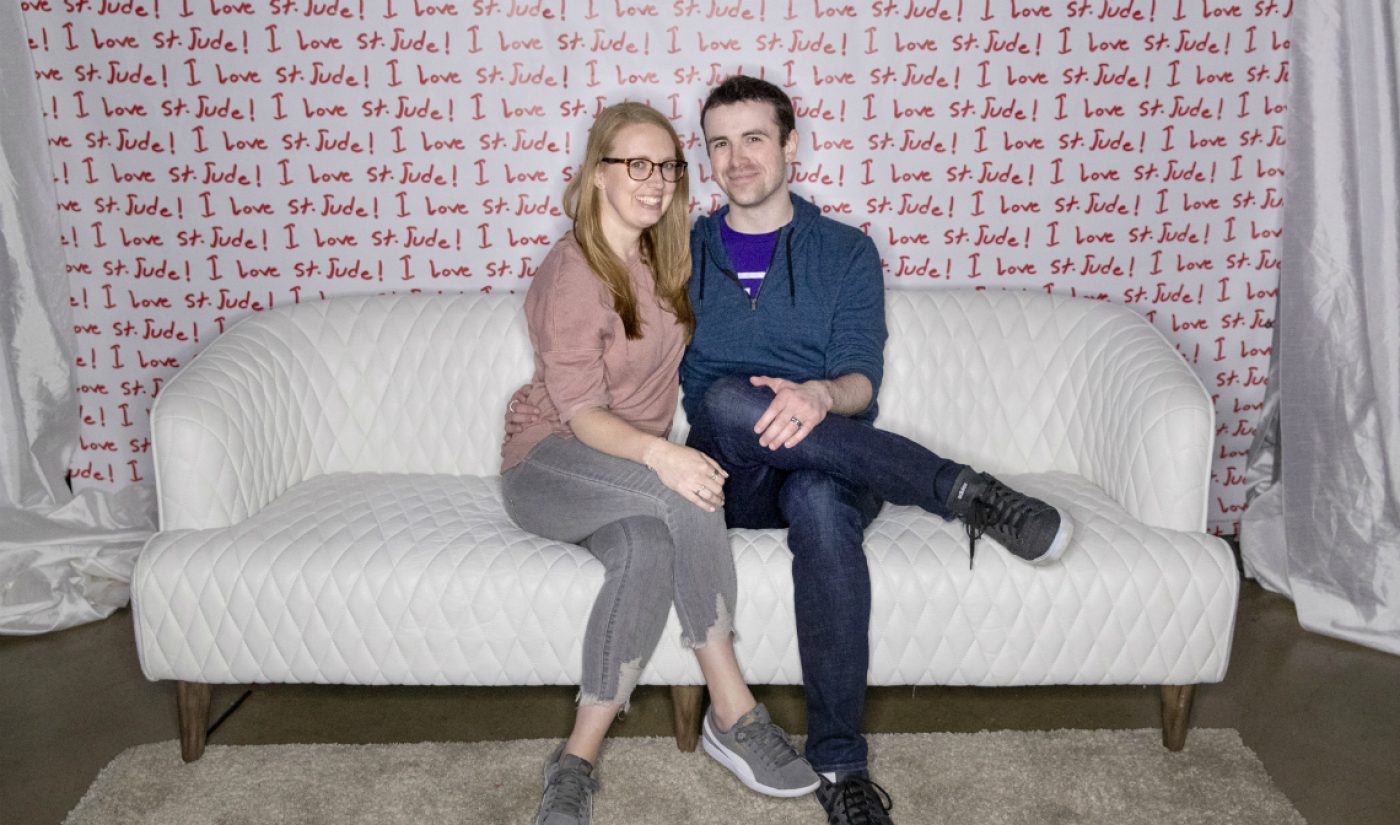 In May, thousands of gamers came together for St. Jude Children’s Research Hospital’s annual monthlong PLAY LIVE fundraising event. Together, they brought in $2.1 million — but a whopping $920,000 of that was raised in just four hours thanks to a live stream from one top Fortnite-focused Twitch creator: DrLupo.

DrLupo (aka Ben Lupo) has been involved with fundraising for St. Jude since 2017 as an avid participant of PLAY LIVE and GuardianCon, a multi-day summer convention that holds gaming marathons to benefit the hospital. In the past two years, he’s mobilized his Twitch following of 3.4 million people to raise a total of more than $3 million for St. Jude, which requires $1 billion in funding per year to provide 100% free cancer care for kids and to conduct research aimed at eradicating childhood cancers altogether.

This week, in recognition of that dedication, St. Jude honored Lupo by naming him its very first Creator of the Year.

“DrLupo is sharing his time and talent to bring the gaming community together to support our mission,” Richard Shadyac Jr. — president and CEO of St. Jude’s fundraising arm ALSAC — said in a statement. “His drive and dedication to the children of St. Jude have created a legacy in his community, and by engaging his platform, he has encouraged his peers and fans to do the same. He has helped lay the foundation for a new era of fundraising, and we are incredibly grateful.”

The gaming community, through PLAY LIVE, has raised more than $17 million for St. Jude since 2014. Last month, Melanee Hannock, chief digital and innovation officer at ALSAC, told Tubefilter that creators like Lupo have been “revolutionary” for the hospital’s fundraising efforts.

Lupo was presented with the award during the hospital’s annual Volunteer Awards Dinner. In accepting the award, Lupo, who visited St. Jude in person for the first time this year with his wife MrsDrLupo, said, “Interacting with the kids and their families made me feel more motivated than ever to exceed our goals.”

He added, “Receiving this award is such an incredible honor, but our work won’t stop. We will do it again next year, and every year thereafter, until children don’t have to fight cancer anymore.”