In The Ever More Crowded Streaming Space, YouTube Is “Zigging Where Other People Are Zagging,” Susanne Daniels Says 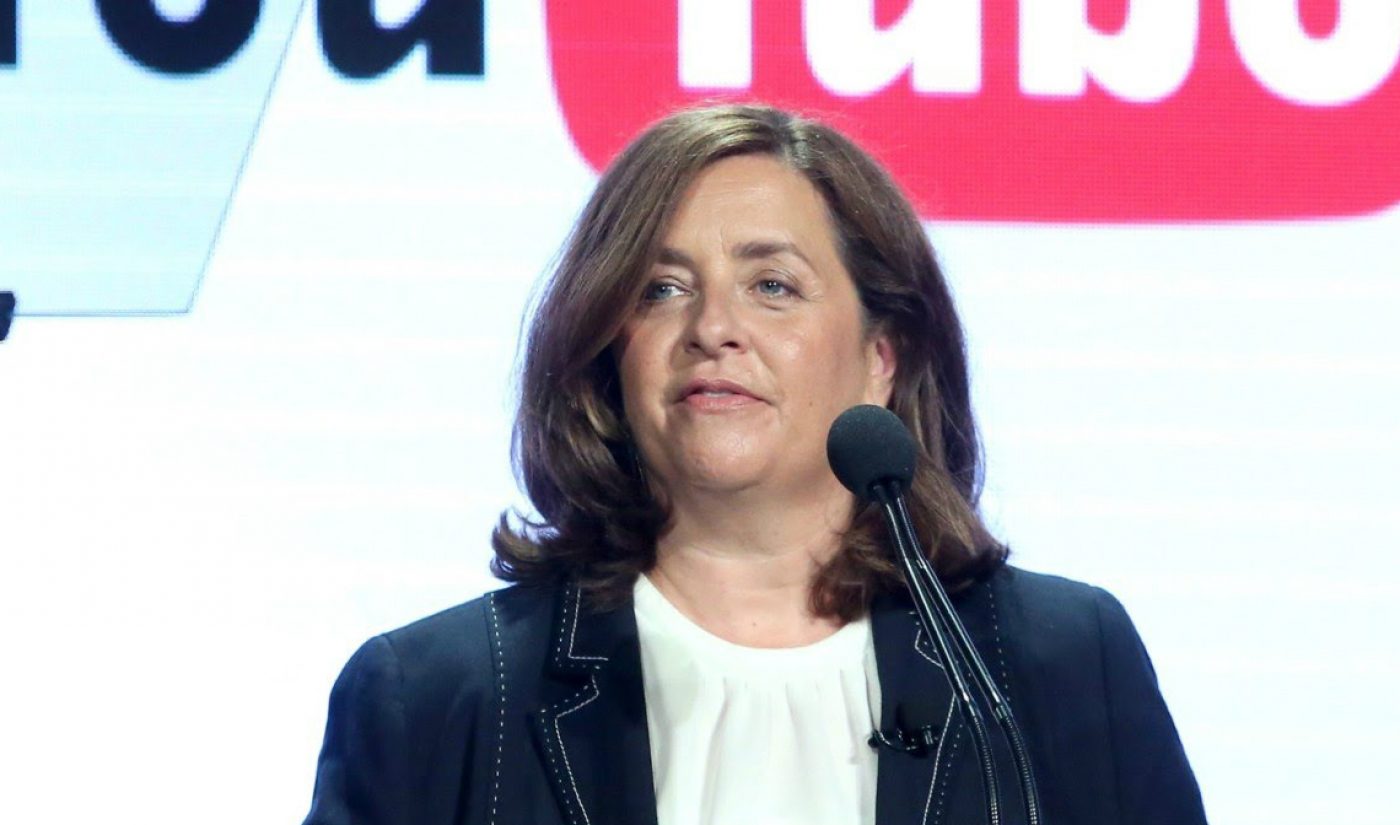 When Susanne Daniels, YouTube’s head of original content, joined the company in 2015, her job was to get people to pay (then) $10 per month to subscribe to the newly-launched YouTube Red, which housed original programming produced by the platform.

But in the four years since Daniels came on board, the streaming space has become more and more crowded, with already-established top players like Netflix, Hulu, and Amazon soon to be joined by Disney+, WarnerMedia’s as-yet-unnamed service, and Quibi — which says it’s not a Netflix competitor, but is nonetheless a service with lots of Hollywood power planning to charge around the same price as Hulu per month for access to its homegrown content.

YouTube’s response to that changing landscape was a seismic pivot from keeping its original programming service — now called YouTube Premium — behind a (now) $12 per month paywall. Instead, the company’s taking all that premium content and making it ad-supported — aka free to watch — by 2020.

“There is a plethora of SVOD services right now, and we do something really well,” Daniels recently told the Los Angeles Times.

That “something” is drawing eyeballs to the countless hours of ad-supported content made by YouTube’s creators. Those creators upload more than 500 hours of new content every single minute across the platform, and YouTube users are lapping it up at a rate of more than one billion hours of content watched each hour.

“Our core business is outstanding and successful and, really, the No. 1 global video platform — so why not take advantage of our strengths and focus there?” Daniels said. She added, “Part of the way we’re thinking now is, ‘What can only be done on YouTube?’”

A significant part of what can only be done on YouTube is content starring the platform’s top creators doing what they do best, Daniels said. In April and May, YouTube announced a fleet of planned free-to-watch originals starring native creators including Mark ‘Markiplier’ Fischbach (23.9 million subscribers), Dude Perfect (43.1 million), Marques Brownlee (8.8 million), and Jake Roper (308K).

Each of the creators’ originals are an extension of the content they already make on YouTube. Fischbach’s scripted original is an interactive special based on a project he self-produced for his YouTube channel in 2017. Roper’s unscripted show is based off his most-watched video, where he tests whether people could actually survive all the hits the iconic robbers in Home Alone took over the course of the film. And Brownlee, who’s a tech enthusiast, will examine retro tech with guest stars like fellow YouTubers and expert engineers.

One of YouTube’s originals starring a native creator is Liza on Demand with Liza Koshy (16.9 million). The series’ first episode, which is not paywalled, is one of Koshy’s most-viewed videos, but the rest of the series has visibly suffered from being behind a paywall, the Times reports. The first episode has received 27 million views and more than 47,000 comments. The second episode, by contrast, has received just over 3,000 comments.

YouTube hopes that when it erases the paywall, series like Koshy’s can maintain the momentum her first episode received — and trade in the subscription fees for a hefty return of ad dollars.

Ultimately, “We’re zigging where other people are zagging,” Daniels said.

YouTube’s shift hasn’t been without growing pains. It’s slimmed down its investment in originals significantly, which has seen it acquire fewer properties and cancel a number of shows, like Origin, Overthinking with Kat & June, Ryan Hansen Solves Crimes on Television, Champaign ILL, Sideswiped, and Do You Want to See a Dead Body. It also recently lost the Kirsten Dunst-starring and George Clooney-produced On Becoming a God in Central Florida, reportedly due to issues securing advertising.