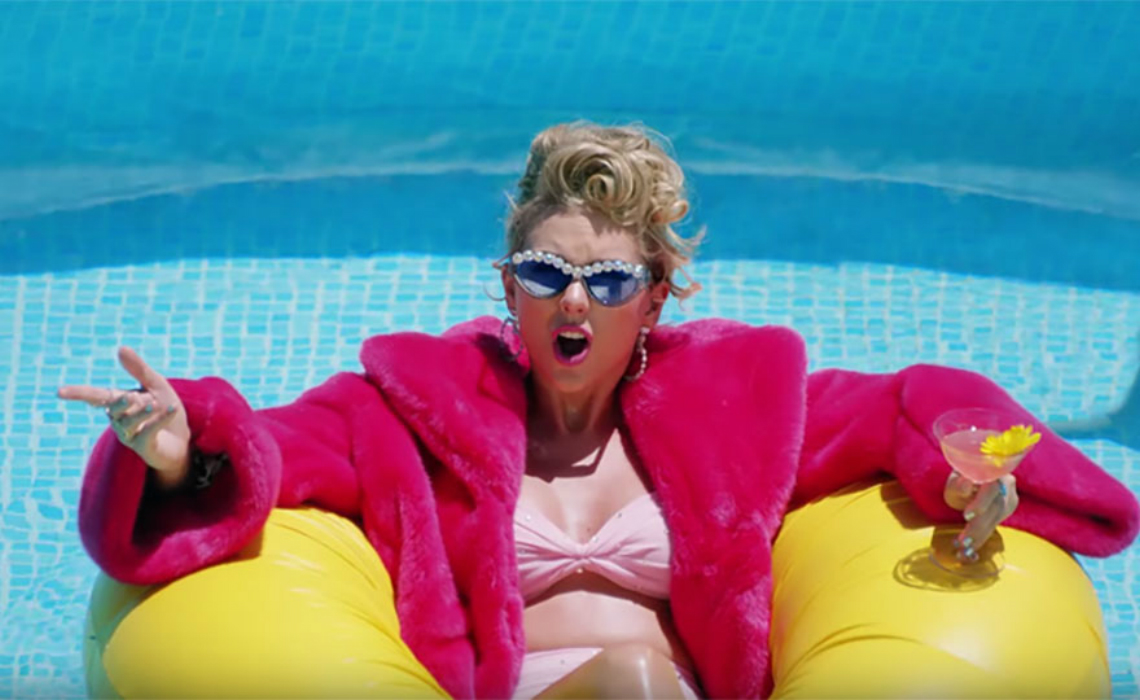 Hannah Hart, Todrick Hall Among LGBTQ+ Celebs In Taylor Swift’s “You Need To Calm Down” Video

YouTube creators Hannah Hart and Todrick Hall are among the dozens of queer celebrities who appear in Taylor Swift’s freshly-dropped music video for her new single “You Need to Calm Down.”

The song is about Swift’s support for the queer community, as well as her own experiences in dealing with online hate.

Hart, who has 2.4 million subscribers on the platform, and Hall, who has 3.1, appear in the video as Swift’s neighbors in a cheery, pastel-plastered motor home park. Hart’s best known on YouTube for cooking (mis)adventures documented in the long-running My Drunk Kitchen series, but she’s recently nailed down deals with Ellen Digital Network and BuzzFeed to star in two new digital series.

Hall is a singer, songwriter, choreographer, and actor who joined YouTube in 2006 and previously appeared in Swift’s 2017 video for her track “Look What You Made Me Do.” He’s currently featuring in YouTube’s original series Step Up: High Water, and serves as the resident choreographer on RuPaul’s Drag Race. He rose to fame in 2010, after making it to the top 16 contestants in season nine of American Idol. On YouTube, he shares vlogs, reaction videos, and behind-the-scenes glimpses of his projects — including a recent video where he posed with Swift while appearing in Broadway’s run of Kinky Boots.

Other notable celebrities to appear in “You Need to Calm Down” include Laverne Cox (Orange Is the New Black), Ellen DeGeneres, RuPaul, Hayley Kiyoko, Adam Rippon, Adam Lambert, Billy Porter, and the Fab Five of Netflix’s Queer Eye reboot (that is: Tan France, Bobby Berk, Karamo Brown, Antoni Porowski, and Jonathan Van Ness, who recently came out as nonbinary).

It also features Katy Perry, who’s long been engaged in a bitter feud with Swift. The two have publicly announced their reconciliation, and hug at the end of the video.

At press time, the music video is No. 1 on YouTube’s ‘Trending’ tab, and has received 25 million views in 24 hours. (While that’s an impressive number, it barely scrapes the record set by her last music video, “Me!,” which premiered at the end of April and netted 65.2 million views in its first day.)