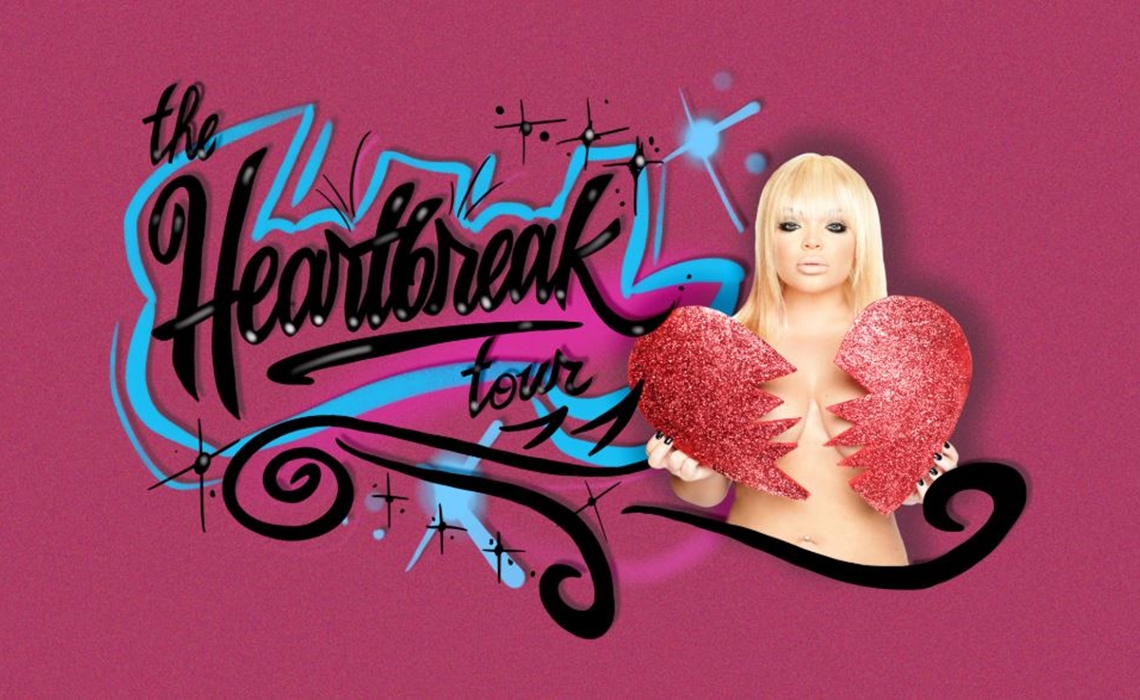 Veteran vlogger and aspiring musician Trisha Paytas is hitting the road once again on her forthcoming Heartbreak Tour.

The show — named for the fact that Paytas recently separated from her boyfriend, fellow vlogger Jason Nash — will kick off in Dallas on July 27 and conclude on Oct. 20 in Los Angeles. The show is being produced by X1 Entertainment.

In an announcement video, below, the 31-year-old says that she will perform original songs released over the years, including seven EPs — from 2015’s Fat Chicks to 2017’s Chicken Parm And Heartbreak. She’s also bringing dancers on the road to accompany her on choreographed numbers. Paytas says that the tour has been conceived in the wake of her devastating breakup, which led her down a path of substance abuse. She says music has been key to her healing and happiness.

There are a total of four ticket tiers. General admission is priced at $30, while admission with a post-show meet-and-greet is priced at $80. ‘All Access VIP’ will include early access to the venue as well as a pre-show meet-and-greet ($200), while the ‘Chicken Parm & Glitter Super VIP’ package, priced at $600, includes a backstage tour with Paytas, first access to the venue, a private meet-and-greet before the show, an appearance on Paytas’ Instagram Stories, and a Glitter Bitch Box. (Glitter Bitch is a subscription box startup that Paytas launched last month, comprising hand-picked beauty products, lifestyle items, and accessories. A bi-monthly subscription is priced at $60).

By our count, this is Paytas’ third tour to date. Last summer, she and Nash embarked on the Trisha & Jason Are In Love tour, produced by Fullscreen Live. And the following fall, she hit the road for Trisha Paytas Live — also with Fullscreen, whose touring division has subsequently shuttered. Trisha Paytas Live comprised eating, dancing, YouTube challenges, and live covers.

You can check out Paytas’ announcement video below: