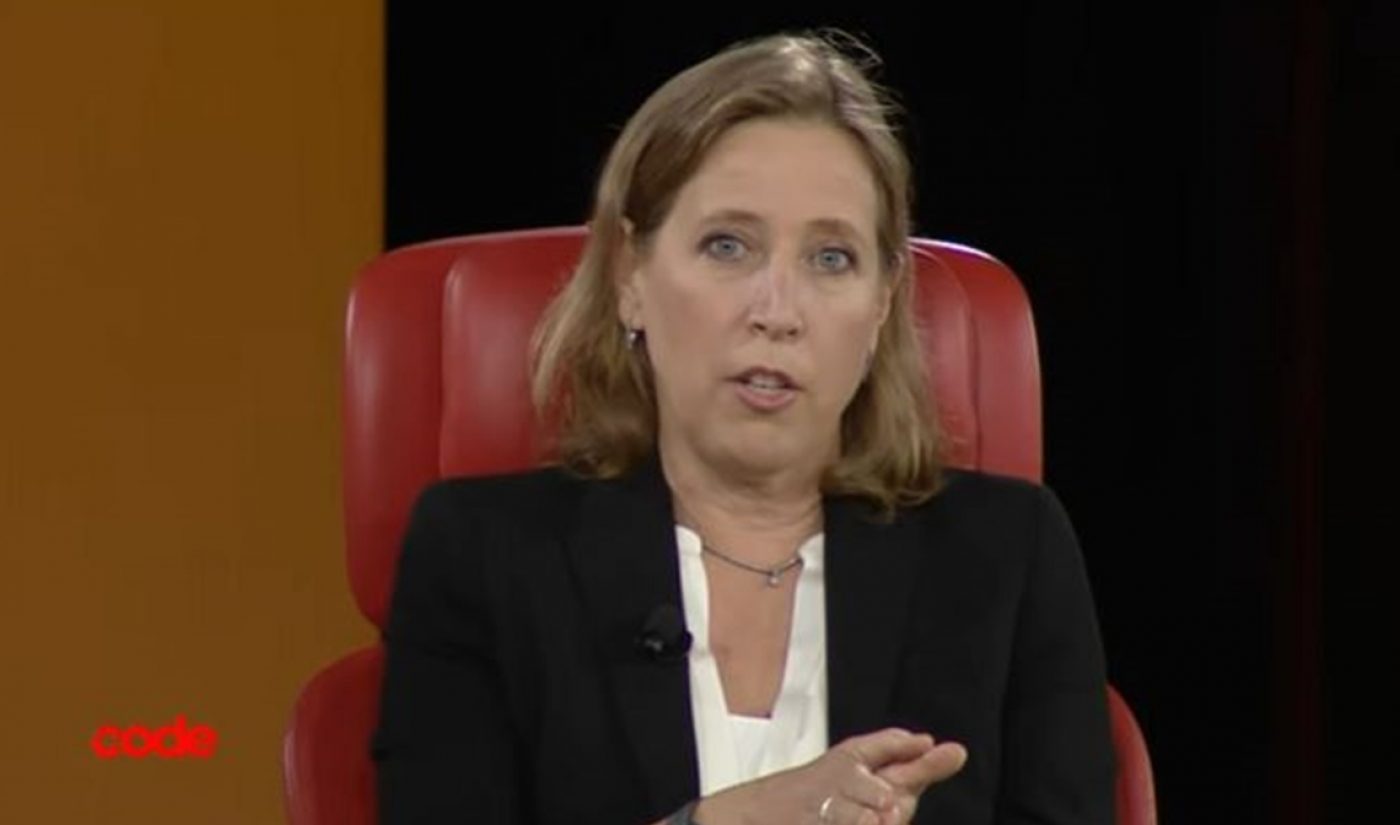 Susan Wojcicki offered sincere apologies to the LGBTQ+ community during an appearance at Code Conference yesterday over a controversy last week in which Vox journalist Carlos Maza described homophobic harassment at the hands of right-wing YouTube star Steven Crowder.

At the same time that she apologized for causing the community any hurt, Wojcicki defended YouTube’s decision to let Crowder’s videos stand (though his channel has since been demonetized). YouTube also says that it is continuing to reassess its policies around harassment.

“I’m really personally very sorry,” Wojcicki said when asked about the firestorm. “YouTube has always been a home of so many LGBTQ creators, and that’s why it was so emotional…People have given a lot of criticism, like ‘Why did you change your logo to rainbows even though you made this hard decision?’ And it’s because as a company we really want to support this community. It’s just that from a policy standpoint, we need to be consistent. If we took down that content, there would be so much other content that we would need to take down. We don’t want to just be knee-jerk, we need to think about it in a very thoughtful way.”

Wojcicki gave as examples rap songs and late-night monologues — which include racial slurs and sexist comments, and which the company would presumably be called upon to take down if it had axed Crowder’s channel. She also explained that YouTube looked at the context of all of Crowder’s videos to conclude that the purpose of the clips in question — in which he called Maza a “lispy queer” and “gay Mexican” — wasn’t solely to harass.

On a broader scope, Wojcicki said that YouTube’s policies continue to change at lighting speed — noting that the company has rolled out 30 policy changes in the last couple months. The most recent change — which will result in the removal of thousands of channels that engage in hate speech and extremist rhetoric — was the result of months and months of consideration and the input of hundreds of staffers and consultants. Wojcicki insists that that launch had nothing to do with the Maza/Crowder situation, but that it would likely help to curb a lot of anti-LGBTQ+ attacks on the platform.

You can check out Wojcicki’s Code Conference interview in full right here.