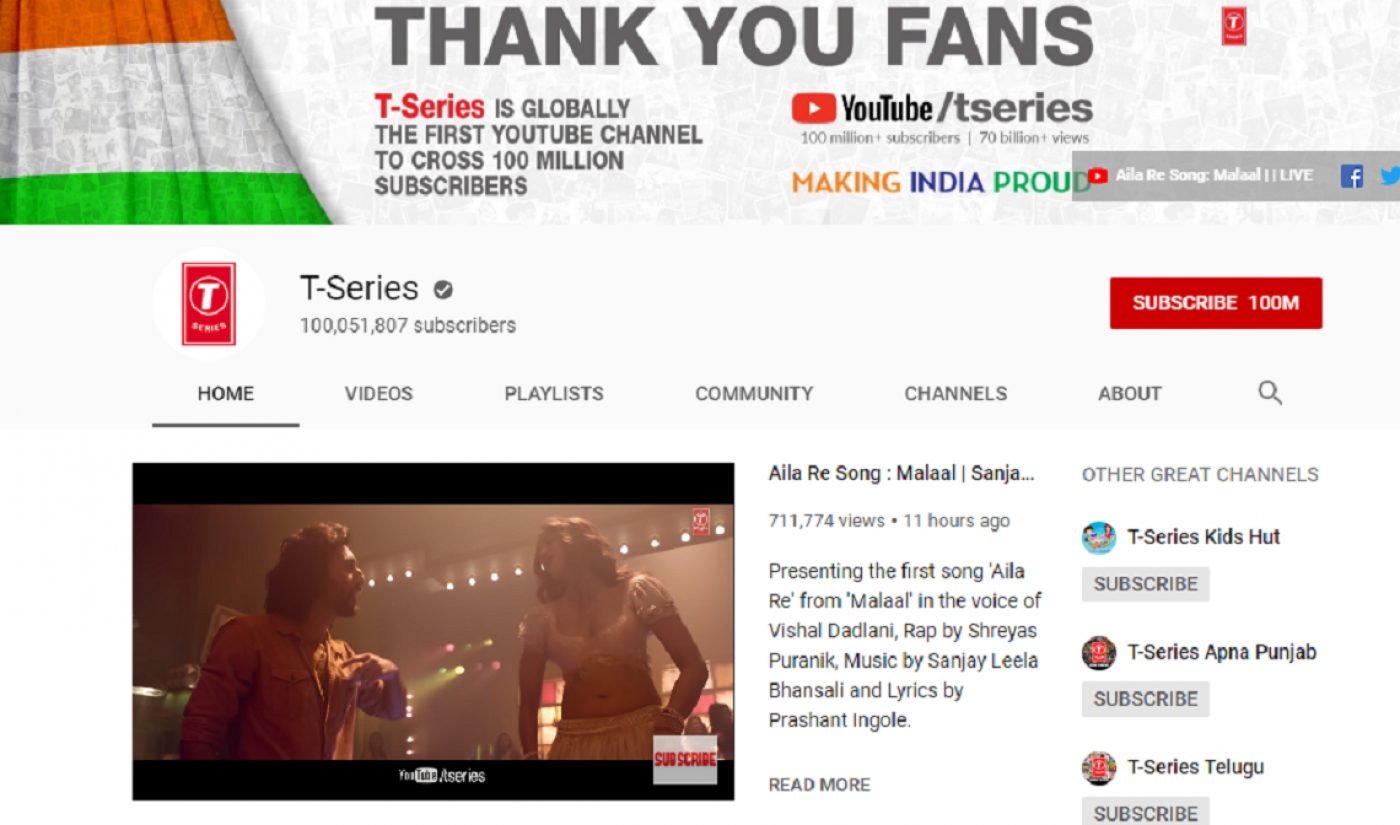 T-Series, the Bollywood record label that became the bane of PewDiePie’s YouTube existence last year, has become the first channel in the platform’s history to cross 100 million subscribers.

For those not in the know, the channel began rapidly growing in popularity last summer as YouTube expanded its presence in India, which has a massive population — 1.3 billion people. T-Series’ subscriber count nearly caught up with PewDiePie’s (real name Felix Kjellberg) several times in the latter half of last year, but supportive stunts from YouTubers like MrBeast and Markiplier — as well as newsmaking stunts from a number of hackers — brought in gobs of new subscribers, keeping him ahead of the company.

On March 31, after a few weeks where T-Series’ subscriber count briefly overtook his before surging ahead entirely, Kjellberg — who currently has 96 million subscribers — officially conceded with diss track “Congratulations” (which promptly got him in legal hot water, as T-Series filed suit against him over the song).

Since that concession, T-Series’ sub count has grown by at least 100K subscribers every day, sometimes reaching as high as 150K per day — and once, on April 14 (the day it filed suit against Kjellberg) bringing in 393K new subs, per internal Tubefilter data. At press time, the company’s channel is sitting at roughly 100,045,000. 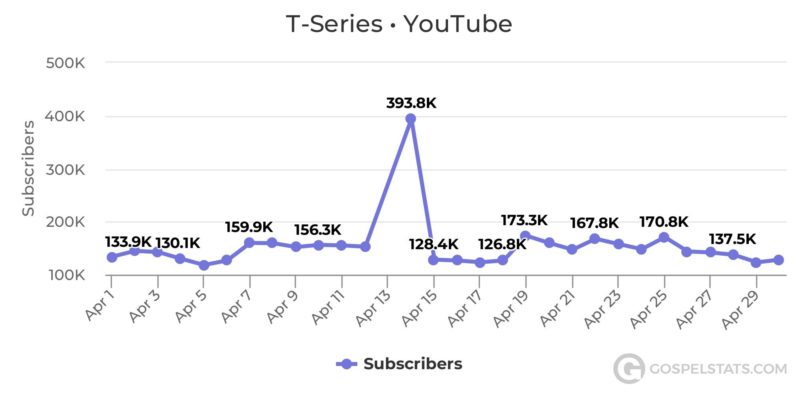 Kjellberg conceded to T-Series on March 31. Here’s a chart showing T-Series’ subscriber growth over the next month, including that April 14 spike.

One of the reasons so many YouTubers and YouTube users in general gathered to support Kjellberg during the height of the T-Series battle was because they worried T-Series’ rapid growth was a sign YouTube was increasingly becoming a hub for massive corporations rather than independent creators — especially those creators that had built up their followings over years of hard work, as Kjellberg had.

Now a company has become the first “YouTuber” to earn the platform’s biggest milestone yet.

Tubefilter has reached out to YouTube to enquire about what the 100 million subscriber Play Button will be.