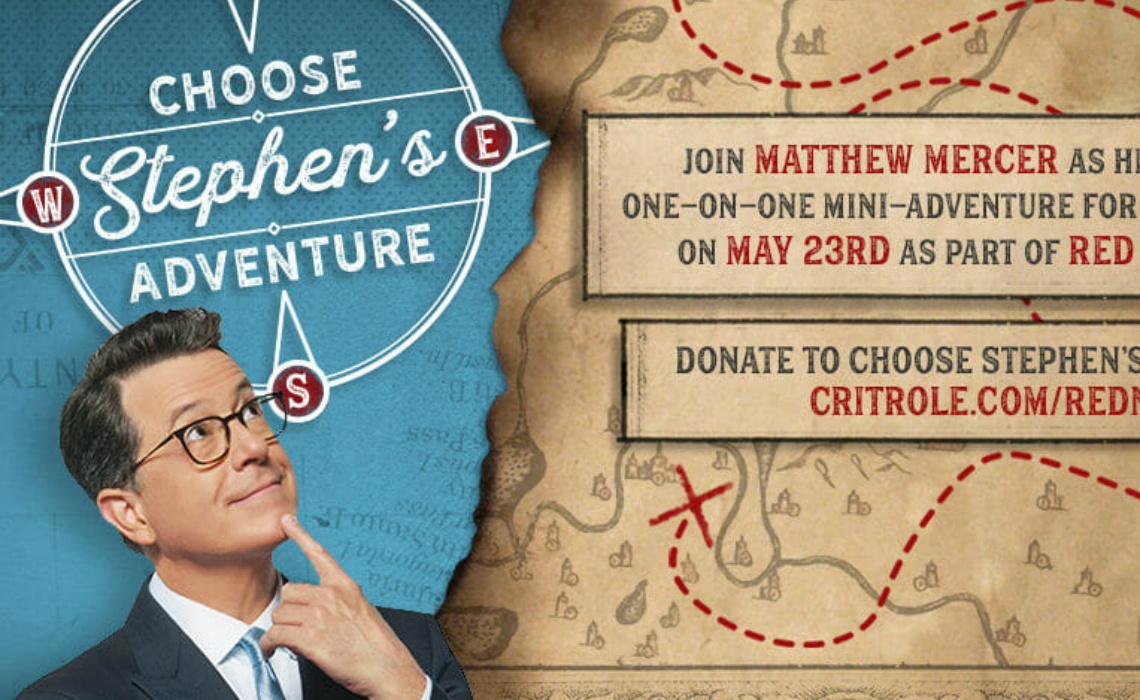 Mercer usually wrangles a handful of players for Critical Role, his popular, long-running, and Kickstarter-record-breaking Dungeons & Dragons web series, which originally debuted on YouTube and now airs weekly on Twitch. However, for this special — which was prefilmed and debuted today on YouTube — Colbert was the sole player…and things had a bit of a twist.

To raise as much money as possible, Colbert and Mercer put decisions in viewers’ hands. By donating on fundraising platform Tiltify, viewers who tuned in to the live filming chose Colbert’s character class, his traveling companion, the legendary weapon he had to acquire, and ultimate villain he had to defeat.

Those viewers raised tens of thousands to be donated to Comic Relief USA, the organization behind Red Nose Day. Their funds, along with all money collected for Red Nose Day (which is on its fourth year), are contributed to grants that support programs helping children in poverty. Half the money goes to programs in the U.S. and Puerto Rico, and half the money goes to communities in Latin America, Africa, and Asia, the organization says.

You can watch Colbert and Mercer’s adventure below. Their fundraising campaign for Comic Relief USA will remain open for donations until May 28. You can contribute here.