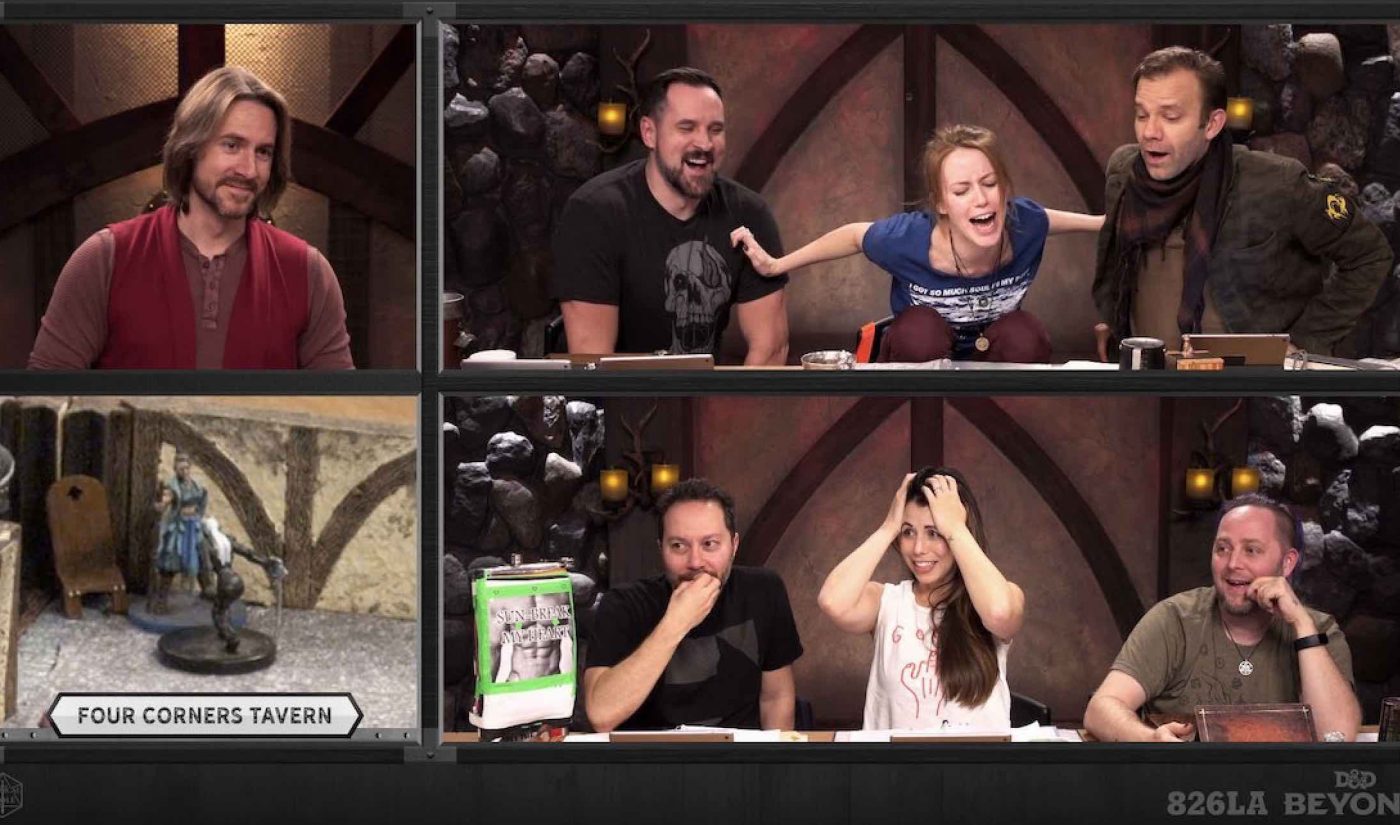 It’s been a rough time for social media, from last week’s live-streamed slaughter in two Christchurch mosques to dismay over the technology’s cultural and human impacts to political calls for corporate breakups and tighter regulation. But every once and awhile, stories come along that remind us of the sector’s power to create unlikely stars who cobble together a huge audience out of thin air, while creating cool stuff that makes money.

Breaking Crowdfunding Records Millions Of Dollars At A Time

Such is the case with Critical Role, the long-running web series on YouTube and Twitch. The show features a group of real-world pals, all actors, sitting around a table playing Dungeons & Dragons, the dice-heavy game about adventurers and orcs, kobolds and balrogs. Now that hardy band of pals is setting records on Kickstarter, raising $7.7 million in less than two weeks to create an animated series, The Legend of Vox Machina, built on the characters and stories from the series’ hundreds of hours of game play.

“It’s beyond our wildest expectations,” said Sam Riegel, a voiceover director and Critical Role cast member. “We hoped we might be able to raise maybe enough to make a two-part introductory pilot. It very quickly became apparent that fans had other plans for us. We’re over the moon with the results but have to figure out how many episodes we can make now.”

But out of such unpromising visual materials can the Interwebz fashion unlikely coolness.

The Kickstarter campaign launched March 4 and surpassed its original $750,000 goal in just 40 minutes. A $1 million stretch goal was quickly posted and even more quickly surpassed. Since then, the loot has continued to roll in, like some super treasure chest unlocked deep in a dungeon at the climax of one of Critical Role‘s adventures. Along the way, Vox Machina set Kickstarter records for an animation project.

It’s important to remember how unlikely this kind of runaway success is on Kickstarter. Yes, some $4.1 billion has been raised on the crowdfunding site in the decade since it launched, according to a recent study by TheHustle.co.

But barely a third of Kickstarter projects (37%) actually reach their fundraising goal, and are thus able to keep all the money they raise, the study found. Successful projects of any type raised a modest average $23,000. For projects in the “film” category, that average is far lower, at $13,000. So the Vox Machina project threw the Kickstarter equivalent of triple 6s, a critical roll of the dice indeed.

The Critical Role of Storytelling and Distribution

The original show stacked up 373 hours of weekly game play videos in “Campaign 1”  that are still posted on YouTube, where they attracted 29 million views. New episodes play live on Twitch every Thursday night, followed by an on-demand version on YouTube.

Episodes of the animated series will be built around an original story line before segueing to material from one of the most popular parts of Campaign 1, the Briarwoods story arc. Veteran TV screenwriter Jennifer Muro (Star Wars: Forces of Destiny, Spider-Man) will fashion the story lines into more compact animated episodes (“an exciting adventure story,” minus “the four-hour episodes and pee breaks,” cracked Riegel).

“We’re going to tell that original story line,” said cast member Travis Willingham. “We know where the characters are going to go, where the ups and downs are. We just need to dive in and begin the telling of the tale.”

Titmouse Studios, the Emmy-winning production company behind Netflix hit Big Mouth and several other shows, will create the animation. The voiceover cast will include all the Critical Role members, an easy decision given that the day jobs for most are as actors who do a lot of voiceover work.

Critical Role already has spawned half-a-dozen other web series, and created a Vox Machina comic book with Dark Horse successful enough to lead to an ongoing comics series. Now comes the question of where the animated series might run when it is delivered next year.

“We don’t actually know where this thing is going to be shown,” Riegel said. “We’re going to make it as high quality as possible and hope that someone is smart enough to pick it up and run with it.”

I’m not too worried about them finding a distributor. The era of Peak TV has created fierce competition among distributors for shows that come pre-marketed with a definable and ardent audience. That’s pretty much exactly what Critical Role has created.

“Everything is out in front of us,” Willingham said. “We’re waiting to see how the world at large responds.”

There’s A Little D&D In All Of Us

I particularly love this little success story. A long time ago, in a land far away, I was a shy teenager in a new high school who somehow stumbled across a couple of equally geeky guys who invited me to play a new game called Dungeons & Dragons. Every day at lunch for that whole school year, we played a little bit of a campaign. I moved away again after that year, but continued to occasionally play D&D and its thousand descendants wherever I landed in life.

Three decades later, my son became a fan of the game, now in its Fifth Edition and owned by a subsidiary of a subsidiary of Hasbro. Now in his mid-20s, he still regularly treads the trail that D&D first blazed to create new worlds, imagine stories and connect with friends new and old. It’s helped him build relationships, understand narrative storytelling, and unleash his plentiful imagination.

At its best, and it can be hard sometimes to remember this, social media also has allowed millions of others to do the same, in wildly varying ways and through countless outlets. For me, that’s the true treasure unearthed here, both for the Critical Role band of friends who turned a tabletop game into a budding media empire, and for all those fans who tune in every week to watch them play.