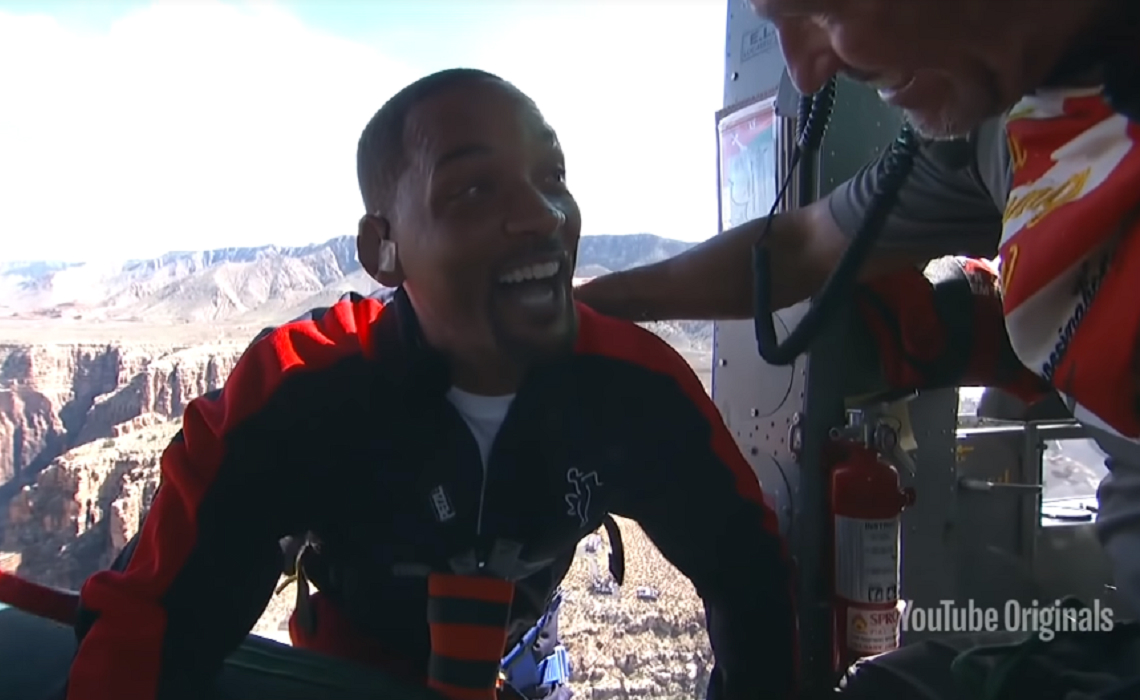 In 2013, YouTube took home a technical Emmy Award for handling the onslaught of content uploaded to the site every day. That said, since dipping its toes into the original content game back in 2016, the video giant has yet to be formally recognized — despite the previously-stated aspirations of global programming head Susanne Daniels.

To be fair, YouTube Originals did nab six Daytime Emmy Award nominations in 2018, though that ceremony is less prestigious than the Primetime Emmys, which is the highest honor in TV.

This year, YouTube has its sights set on several Primetime categories, and is making it its goal to get Hollywood vet Will Smith his first-ever Emmy nomination. Variety reports that the company is repackaging what was originally billed as a live special event, Will Smith: The Jump — a bungee jump over the Grand Canyon for charity in honor of Smith’s 50th birthday — into a series so that it can be submitted in the ‘outstanding short form nonfiction or reality series’ category. The video of the jump itself (below) — which was the result of a dare by YouTube adventure channel Yes Theory — has clocked 19.6 million views to date.

After submissions are tendered for the Primetime Emmys, which are slated to be held on Sept 22, the 23,000-member Television Academy votes on nominees. Nominees will be announced on July 16, whereupon voting members will cast their ballots for the final victors.