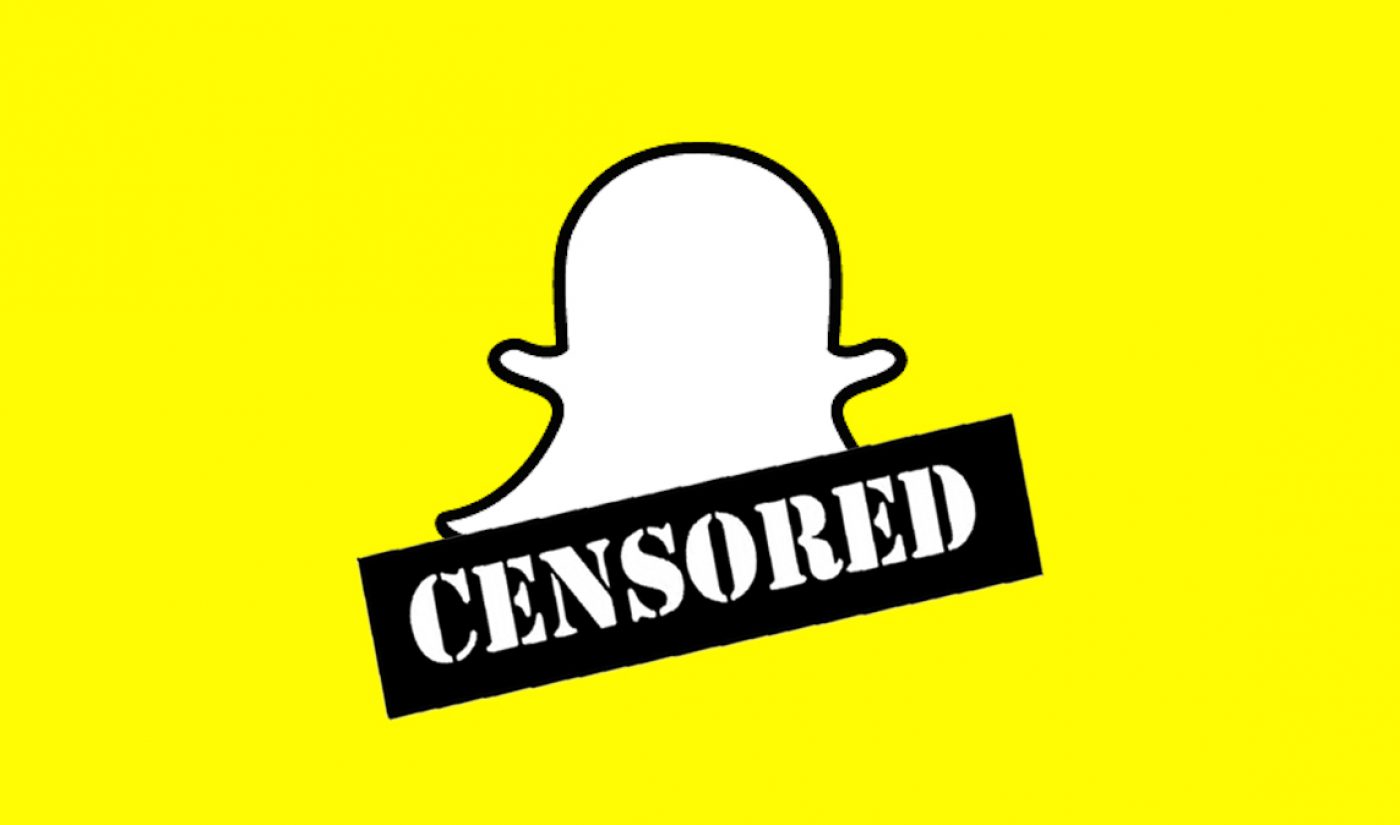 Despite its long-running reputation as a handy app to send private photos that self-destruct, Snapchat doesn’t want your nudes.

Or, at least, it doesn’t want nudes from adult entertainment company Naughty America, which recently rolled out a series of X-rated augmented reality Snapchat lenses to promote its products.

Naughty America apparently hopped into the free-to-use studio to create the lenses, then distributed said lenses on its website for use by its service’s subscribers. It also offered those subscribers source files for the holographic images of its stars, along with an instruction manual, so they could make their own similarly X-rated lenses. (Snapchat appears to have deleted the copies of the lenses created within its studio, but Naughty America still has the holographic image source files.)

If you’re wondering how Naughty America made the lenses in the first place if they violate Snapchat’s guidelines, Naughty America’s instruction manual (link NSFW) offers up some clues. It appears the company used the lens studio, but purposefully did not include any NSFW language or image previews that would have revealed their graphic nature. Naughty America also chose not to make the lenses viewable to the public.

All lenses created with the studio must go through an approval process with Snapchat before they’re made available to other users. Naughty America apparently got its lenses approved thanks to the measures mentioned above, but privatized them so they didn’t pop up in Snapchat’s library. Then it distributed them itself — and Snapchat is not happy about that.

However, Variety reports Naughty America is still distributing copies of the lenses’ source files to those who want them, so Snapchat hasn’t been able to eradicate the lenses from its service completely.

Naughty America’s CEO, Andreas Hronopoulos, doesn’t seem keen to bow to Snapchat. He told Variety that creating and sharing the lenses is akin to sharing personal photos with a friend on Snapchat. “We are just privately sharing them,” he said.