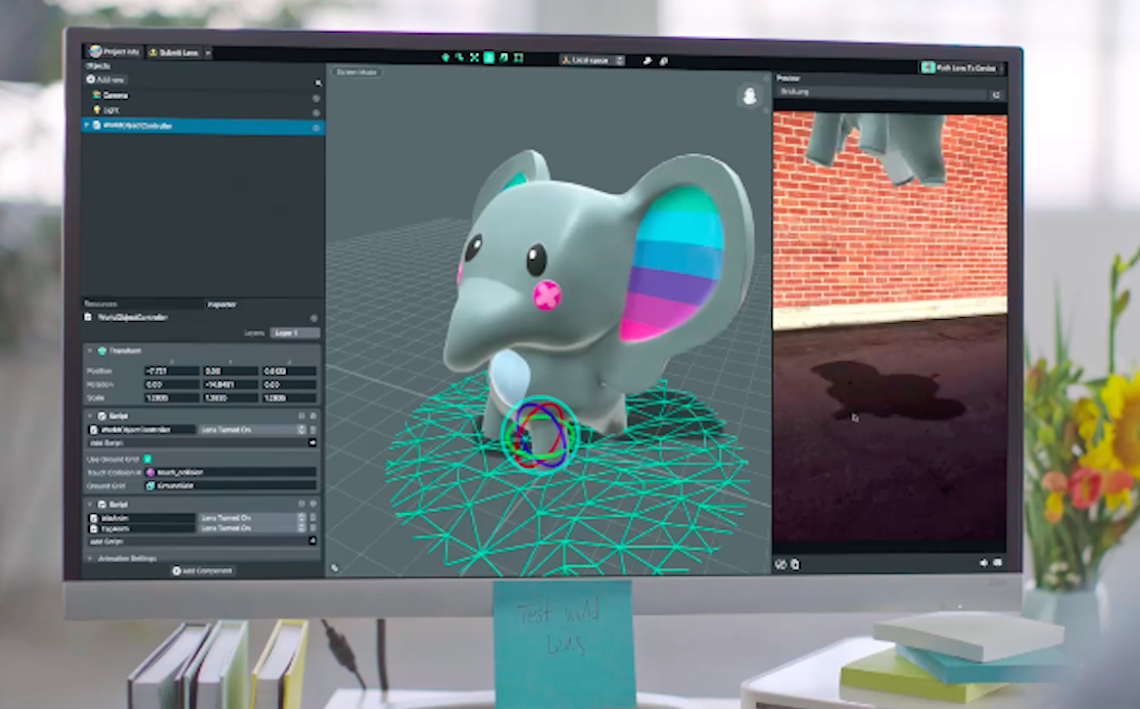 Snap Inc. just announced Lens Studio, a free app that developers, creatives, and brands can use to animate their own Lenses for Snapchat.

Lens Studio lets users create their own 3D animations and make corresponding Snapcodes (essentially QR codes) that others can use to activate them. If you use Snapchat, you may already be familiar with some of the characters Lens Studio is promoting, like the hotdog who flips in his bun and the adorable unicorn who vomits rainbows.

However, the most pragmatic use of Snap’s latest announcement may be for brands. Major entertainment companies like Netflix and NBCUniversal have already partnered with Snapchat to create augmented reality Lenses promoting some of their biggest properties. To get viewers excited for season two of Stranger Things, Netflix created a spooky door-shaped Lens with Snapchat. By interacting with the Lens, users could find themselves in Stranger Things character Will’s house. Meanwhile, NBCUniversal’s Lens promotes—you guessed it—the ever-popular Minions franchise.

BMW also partnered with Snapchat to create an AR experience for users. A more practical use of Lens Studio technology, BMW gives potential customers the ability to poke around an AR version of the car they might eventually decide to buy, or at least check out in person.

Snapchat also touts Lens Studio uses for developers and students. One developer, an “interactive installation artist,” used the toolkit to build an “infinity orb,” while a woman named Anna Nesbitt created her Lens to encourage young girls in third world countries to get interested in robotics.

While Snapcodes allow users to “unlock” other creators’ and brands’ Lenses, its on those creators and brands to market their codes. Snapchat won’t promote others’ Lenses unless the creators pay for sponsored Lens advertisements on the social platform. Once users unlock a Lens, they get to play with it for the next 24 hours.

The creation of Lens Studios also lets Snapchat outsource its AR design. TechCrunch pointed out that the job of mass AR creation is too big for Snapchat’s in-house developer team alone to handle. In addition to letting outside developers into the platform, this self-serve option might also prove more appealing for brands working with social media agencies, who’s employees can easily create advertising content through Lens Studio.

Snapchat has reported that users (both brands and individuals) have created over 3,000 Lenses in the past year. Meanwhile, about one third of Snapchat’s users interact with those Lenses every day.