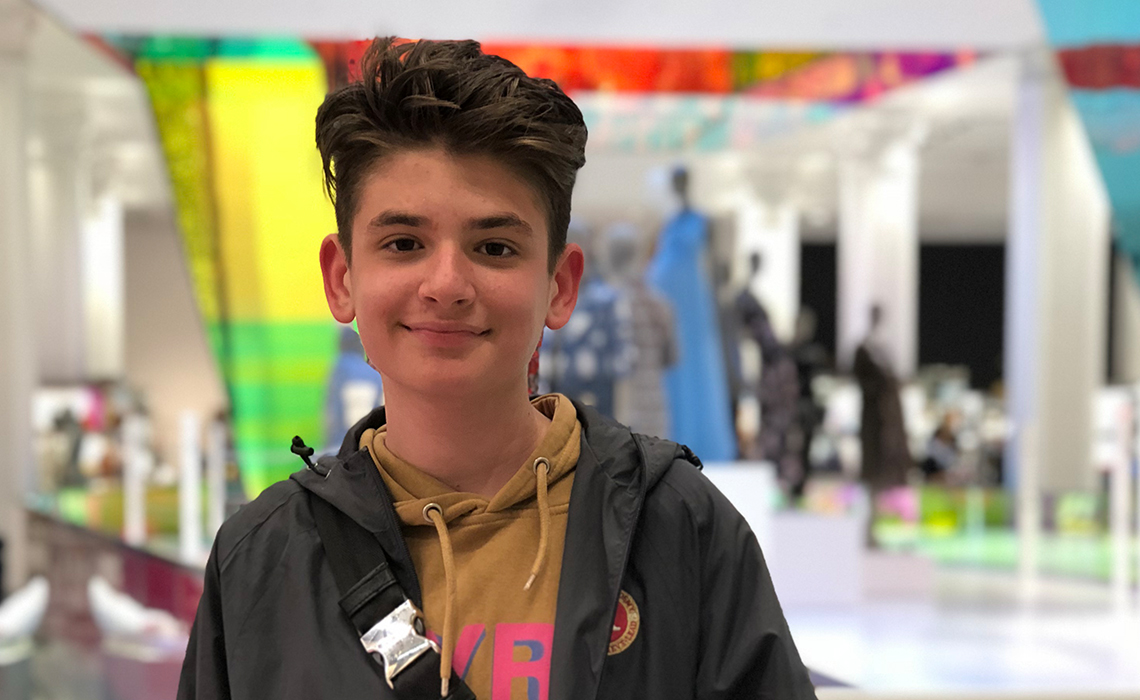 It’s probably not a surprise to hear that slimes are big business on YouTube. In fact, they’re big business all over the internet. From Instagram to TikTok to Facebook, there are millions of videos on the web featuring all types of slimes — sticky, fluffy, clear, iceberg, cloud, fishbowl, butter…and, well, the list goes on. One thing the slime sector has seriously mastered is innovation, and to see a slice of that innovation, you can head over to JSH DIY’s channel.

14-year-old JSH DIY (who asked us to refer to him as J) started posting slime content on YouTube in 2017, just before the make-your-own-slime trend really kicked off. He’d been tuning into slime content for a while, but had noticed that while people loved making ASMR-esque content with slime, they didn’t often make the slime itself. He also noticed that on the occasional content where people were making slime, viewers left comments wondering how to make slime without controversial ingredients like glue and Borax.

J saw a niche he could fill. So he went for it. He opened his YouTube channel with a swath of experimental DIYs about how to make slimes that hold their shapes, slimes printed with designs, even slimes made from Peeps. And, of course, how to make slimes with no glue.

In the two years since his first video, J has turned his channel (which now has 1.5 million subscribers) into a sort of mad scientist’s slime lab. He’s constantly trying new slime recipes — and it isn’t just the successful ones that make it to YouTube. J also posts his failed attempts, letting fellow slime-makers see what might not work so they can try themselves.

J is currently in eighth grade and due to start high school in the fall, which means he doesn’t exactly have a wealth of spare time. But whenever he’s got the chance to mix up a new batch, you can find him on YouTube, sharing his latest and greatest slime inventions.

J: It still doesn’t feel real to me. Growing up, watching YouTube creators reach big milestones was exciting to experience as a fan, but to achieve this kind of following myself is surreal. Holding a gold YouTube plaque was something I never thought I would get to do! I LOVE each and every single one of my subscribers and want them to know how much I appreciate their support!

Tubefilter: Tell us a little about you! Where are you from? What made you want to join YouTube?

J: I am 14 years old and am currently in eighth grade. I live on the West Coast with my family. I have one younger brother, who has just started a channel called Jasper Knows Best. I also have an older sister who enjoys life away from the camera, although I wish she would film with me, too. When my sister and I were little, we would watch videos of kawaii toys. We used to film and create our own videos, not for YouTube, but just for fun. In 2017, I posted my first video, which was a DIY squishy tutorial. Just a couple of months later, I posted a second video to my channel, which was a video on how to make slime out of hand soap. The timing couldn’t have been better, as the slime trend was just taking off.

Tubefilter: As you mentioned, your first videos were slime videos, so clearly you had your content strategy nailed down from the beginning. How did you get into slime? Were you watching other slime-focused YouTubers before joining the platform yourself?

So, I decided to make a video sharing a recipe I had figured out when I was about nine. In this video, I showed how to make slime using just hand soap and salt. I quickly posted the video, and just days later, news broke out in mainstream media that stores were completely selling out of glue due to the new slime craze. My parents couldn’t believe it when we discovered that this video suddenly had 4,000 views. Within a week, that video had garnered over half a million views. Over the next couple of months, I developed my channel by posting more tutorials on making slime without glue, and my channel took off from there!

J: Almost every slime YouTuber showcases the same slime recipe: glue mixed with some sort of laundry detergent or eye contact solution. On my channel, I show people how to make slime out of ingredients that they don’t have to go out and buy.

Tubefilter: Why do you focus on glue-free slimes?

J: Ever since the slime trend started, there has been a demand for tutorials to make slime without glue. People are always looking for new ways to make slime out of ingredients they already have at home, so I try to gear my content with this in mind. No-glue slimes are more exciting to watch because they are made with nontraditional items ranging from water to Crayons.

J: Many people wouldn’t believe how long it takes to create a 10-minute video. To make a video, I have to come up with ideas, get supplies, set up for the shoot, film, edit, create tags to promote the video, and then post. During the school year, it can be pretty tricky to make more than one new video a month. This can be stressful, because I know other creators are producing one or more per week. My mom tells me that they are probably not fourteen years old, though, haha.

Tubefilter: How do you decide what kinds of slimes to try, and to make videos about?

J: I love to try and start trends by experimenting with new ingredients. I’m most proud of starting the water slime and no-glue slime trends. In my videos, I not only show recipes that work well, but I also show the many failed recipes I try. People seem to find watching the failed recipes equally as interesting as the successful ones. Showing the failed recipes allows my audience to see what other creators might not include in the final cut.

J: I received my silver Play Button a few months before I turned 13. Since then, I’ve continued to master my content creating skills and have worked hard to provide the type of content my subscribers are wanting to see.

J: Like most American kids, I go to school five days a week. After school, my afternoons are pretty full of homework and YouTube. I do enjoy watching YouTube almost as much as I enjoy creating content. My parents think I have a little bit of a screentime problem, but I like to think that it’s all productive. I also enjoy snowboarding and being with my family.

J: I love getting to see what my audience thinks about the videos and interacting through comments.

J: I am excited to begin branching out my content. Although I will still be uploading slime videos, I am going to begin introducing new content to my channel. I”m working on some exciting projects, so please stay tuned!

You can add yourself to the ranks of J’s more-than-a-million YouTube subscribers at his channel YouTube.com/JSHDIY.