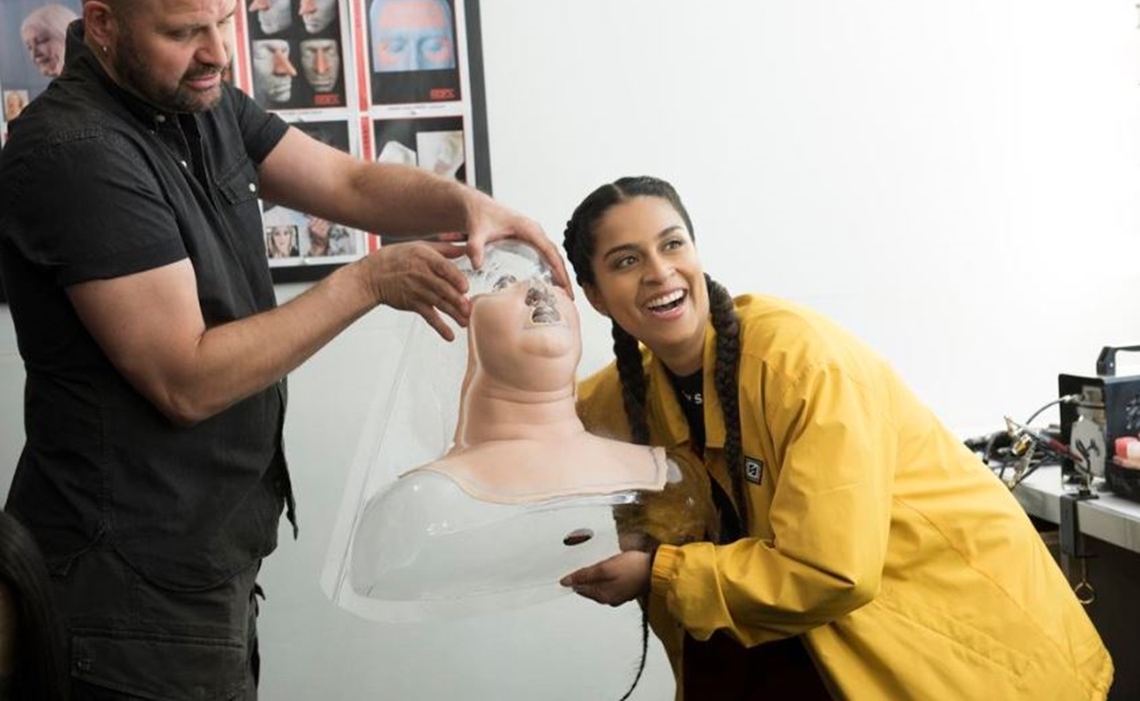 YouTube megastar Lilly Singh is still in the process of conceiving her NBC late-night talk show, A Little Late With Lilly Singh. But in the meantime, Singh will be guest-starring on a hit Nickelodeon series called The Substitute.

The Substitute is a hidden-camera prank show from the producers of Undercover Boss, where celebrities are transformed by a team of special effects artists to go under cover as substitute teachers and surprise unsuspecting students. In Singh’s episode (which you can preview below), she goes to Woodrow Wilson Middle School in California in full prosthetics to prank Math, English, and Natural History students. When Singh’s true identity is revealed at the end of the episode, a $25,000 donation is also tendered to the school.

The Substitute premiered on April Fool’s Day last month and ranked as the top show in its time period for kids aged 6 to 11, Nickelodeon says.

In addition to A Little Late, Singh is also a UNICEF Goodwill Ambassador. Her two YouTube channels count a combined 17.5 million subscribers.