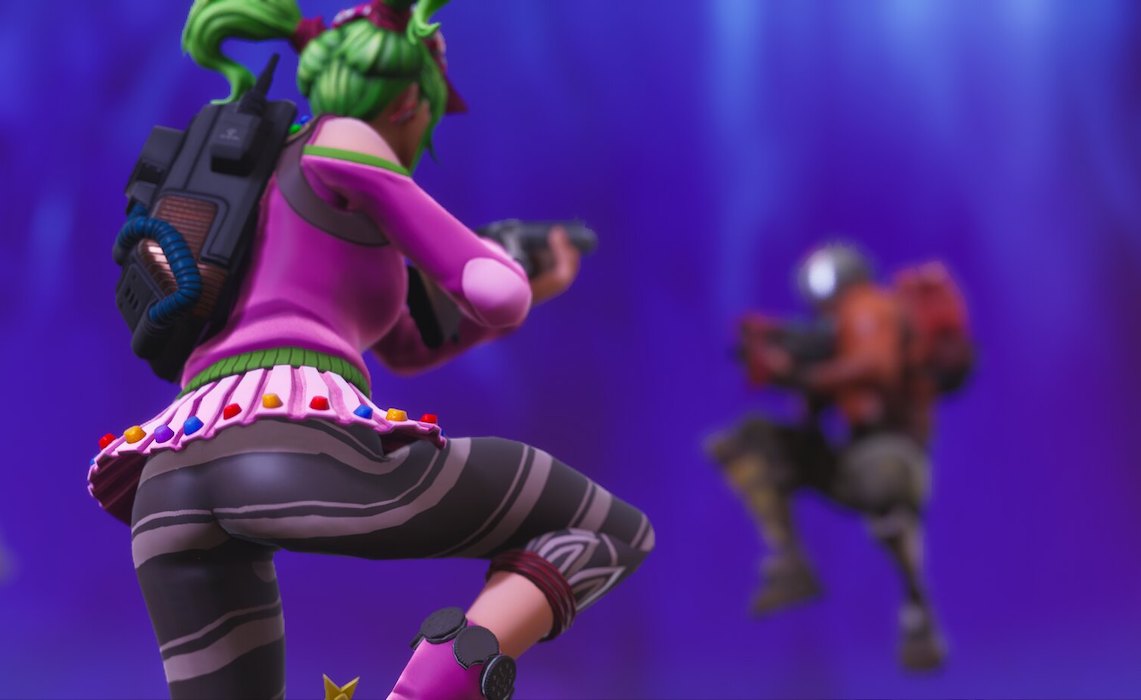 Insights: ‘Fortnite’ Is The New Social-Media Platform – Here’s What It Means

As arguments rage about the relative merits and limits of Facebook, Instagram, YouTube, Twitter, Snapchat, and TikTok, people seem to be overlooking the hot new social-media platform, less then two years old and already occupying a huge share of the attention of young digital natives.

That social-media platform is Fortnite, technically a free video game that not incidentally has accreted more than 250 million users on just about every computing platform out there and still rakes in revenue from cosmetic add-ons to the tune of $300+ million a month. Since its release in August, 2017, the game has swiftly taken over many of the functions of messaging apps, streaming-video services, and social-media platforms for players, especially young ones.

I’ve mentioned previously how school kids are camping in Fortnite community lobbies, hanging with friends, watching events, and even playing the game. Now, a National Research Group study details the hybrid, increasingly central position that Fortnite occupies in the lives of its players, especially compared to the major streaming-video and social-media services. NRG revealed its initial findings at this week’s LA Games Conference. (Methodology note: NRG surveyed 1,500 people between the ages of 10 and 54 over a week’s period in March 2019. Miller said the full study should be available within a couple of weeks through gaming@nationalresearchgroup.com.)

To put it mildly, Fortnite is a major part of its players’ lives, said Grady Miller, NRG’s VP of strategy and innovation. Especially among the youngest gamers, Facebook, Snapchat, Instagram, and also Hulu, Netflix, and other video and social media outlets are losing out to Fortnite. Netflix acknowledged as much in a shareholder letter last winter.

Among the 40% of teens and tweens who play at least once a week, Fortnite consumes an average 25 percent of their leisure time. If they weren’t playing Fortnite, that time would be divvied up in relatively equal proportions on other games, social media, going to movies, listening to music, playing sports, reading, and spending time in person with friends.

Instead, they’re hanging in what Miller called “a uniquely social space. (Fortnite is) sitting in this unique middle position.”

In part, Miller means that even as a game, Fortnite is unusual. Its youngest players bring an unusual mix of cooperative and competitive mindsets, wanting to play alongside their friends, rather than trying to beat them. That’s different from how older gamers play on any platform, and speaks to the social component of the game.

Importantly, Fortnite “allows players to express their true selves,” by selling “skins” and other digital goods to customize the look of players’ in-game avatars, Miller said. “The dance modes and skins are a way to live your authentic self in ways you can’t do in other titles.”

Compare that to, say, Facebook, where youths must be present as their physical self, and must fend off the oppressions of nosy relatives, college admissions counselors, potential employers and everyone at their school. Indeed, the study suggests that students see most social-media sites as generally isolating, sometimes depressing, and likely to expose them to bullying.

With Fortnite, by contrast, youths are most likely to say the game “lets them be part of their friends’ moments and experiences,” “gives them a sense of adventure,” is “fun,” “puts them in a good mood,” and “allows them to connect with friends and family.” When’s the last time you felt that way about Facebook?

“These are benefits we would not typically use in talking about a game platform,” Miller said. “It’s no wonder this game has caught fire with teens and tweens whose lives really align with what Fortnite offers.”

Those kinds of strong positive affinities are less common for young gamers when talking about most traditional social-media sites. The biggest exception is YouTube, where a lot of Fortnite programming, both recorded and live, can be found.

Gaming Can Be A Lean-Back Entertainment Experience, Too

And speaking of competitors such as Netflix and Hulu, Fortnite offers its own lean-back entertainment experience. That could mean watching a big-name streamer such as Ninja play and chat on Twitch (by a large margin, Fortnite has both the biggest audiences and the most streamers on Twitch, where live streams and videos of gameplay totaled more than 103 million hours in March 2019 alone). Or it could mean watching games involving their closest friends.

More importantly, Fortnite maker Epic Games is beginning to offer other kinds of programming, beyond just blowing up prominent game features every so often.

The biggest example was February’s free electronic-music concert by Marshmello. When 10 million visitors showed up for a free, 10-minute performance, brands and advertisers noticed, a lot. Finally, they had a way to reach big audiences of young people who don’t watch traditional TV anymore.

It’s also worth pondering what this all means for the future of social media. Miller suggested some sites may have an easier time adapting to a Fortnite-shaped world than others. Certainly, Snapchat is trying, with its recently announced initiative to create in-site multiplayer games. And we’ll see what Google comes up with in Stadia, its just-announced game-streaming service that almost certainly will be tightly tied to YouTube.

And the sites that can figure out bow to let people customize their online presence in a safe and fun way, so players can express more of their true selves, are probably best positioned to succeed with younger audiences.

So is Fortnite ready to evolve into, as Epic’s CEO Tim Sweeney has suggested in recent weeks, the Metaverse envisioned in bestselling book and movie Ready Player One? That’s going to take longer than a fortnight or two to realize. But, and this was another set of conversations at the LA Games Conference, virtual-reality headsets are getting better and better, and prices are dropping notably.

Just think about all those young players accessing Fortnite with a nifty new VR headset like the well-reviewed Oculus Quest, and the ability to build their own virtual, safe, and true expressions of self through the game’s Creative Mode. Now we’re talking Meta Awesome.

Insights: Snap Reaction To New Initiatives Is Great, But Can Spiegel Sustain This Win Streak?