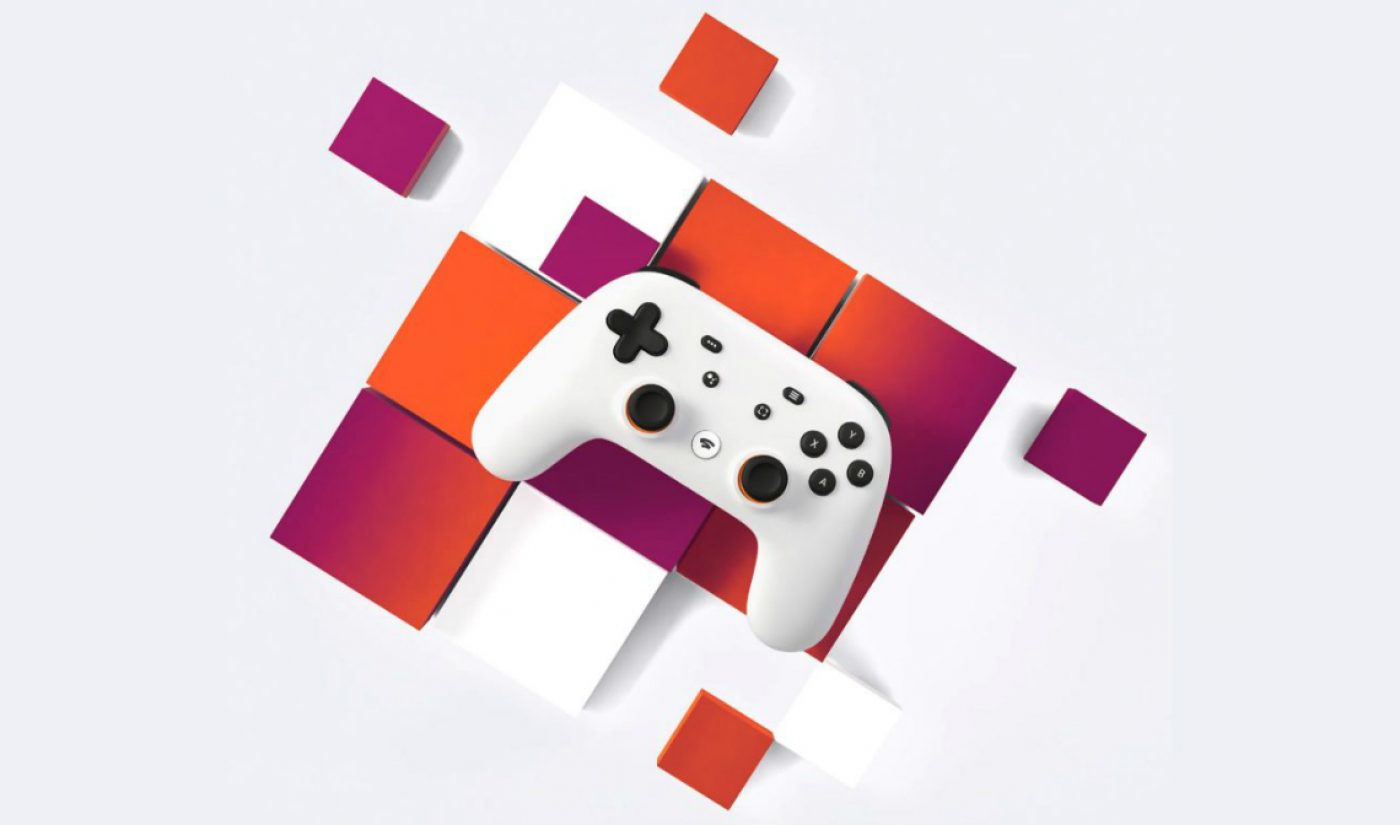 Today, Google announced its ambitious bid for a slice of the video game development sphere.

That bid is called Stadia, and it’s a cloud-based game platform where users will be able to play games instantly — no download required — on computers and mobile devices via Google’s Chrome browser. Google also unveiled Stadia Games & Entertainment, its own in-house game development studio, which will be headed by Jade Raymond, the founder of Ubisoft Toronto.

On top of those announcements, though, Google revealed that Stadia is coming with some major streaming features built specifically for YouTubers.

“We’re always looking for ways to strengthen the connection between creators and viewers, and Stadia is designed to bring them together like never before,” Ryan Wyatt, YouTube’s head of gaming, said during Google’s announcement at the 2019 Game Developers Conference. Gaming creators are particularly important to YouTube because, collectively, they rake in a 200 million viewers per day, he said. (In 2018, those viewers resulted in a record-setting 50 billion hours of gaming content watched on YouTube).

So, how exactly will Stadia bring gaming creators and viewers together? With the created-for-YouTube features Crowd Play and State Share.

Using Crowd Play, YouTube creators and their audiences will be able to play games together while creators are livestreaming. That’s a huge difference from the current situation. As Wyatt explains, right now, “on traditional platforms, you’d have to fire up your console or your PC and just hope that you get matched up” with a YouTuber. So, for example, if a viewer wants to play Apex Legends with a YouTuber while they’re livestreaming, that viewer has to get into the general Apex Legends player pool and just hope they’re loaded into the same match — a very slim chance. With Stadia’s Crowd Play feature, however, creators can give viewers an option to load right into the same match.

“You’ll be able to simply click a button displayed right in the stream, and jump in and play with YouTube creators you’re watching,” Wyatt said.

As for State Share, it radically expands on Let’s Plays — a longtime YouTube gaming genre where creators play through an entire video game. With State Share, creators who are playing a Stadia game can capture an exact moment of their gameplay — maybe a tough situation where their character is out of ammo, but must sneak past a group of super-powerful aliens — and let viewers drop directly into it, playing the scenario to see if they could make it through themselves.

“Imagine the endless variations that creators can layer on top of all their favorite games by specifically designing challenges oriented to their unique audience,” MatPat, the creator of The Game Theorists YouTube channel (11.4 million subscribers), said at the announcement event. “For creators, you suddenly become a game-maker yourself.” (MatPat has been consulting with the Stadia team as Google builds the platform).

YouTubers can expect more information about all of these features in the coming months, Wyatt said. For now, however, we know that YouTube will have more general integrations with Stadia, like ‘Play Now’ buttons that can take a person from watching a game on YouTube to playing it in as little as five seconds.

If you’re wondering what games Stadia will offer, there isn’t much info available yet. But Google did announce that the first Stadia title will be Doom Eternal — the fifth installment in the horror/sci-fi first-person shooter Doom franchise.

While these are major announcements, they’re not without a foundation. Last year, Google tested what we can now assume was a beta version of Stadia’s systems, letting gamers play the then-newly-released Assassin’s Creed: Odyssey in their browser with 1080p quality. All Stadia games will be available in the higher 4K resolution — though Google hopes to push up to 8K in the future.

Stadia will launch later this year in the U.S., U.K., and Canada. You can watch Google’s full announcement below.