Shane Dawson Snags Shorty Award For ‘YouTuber Of The Year’ 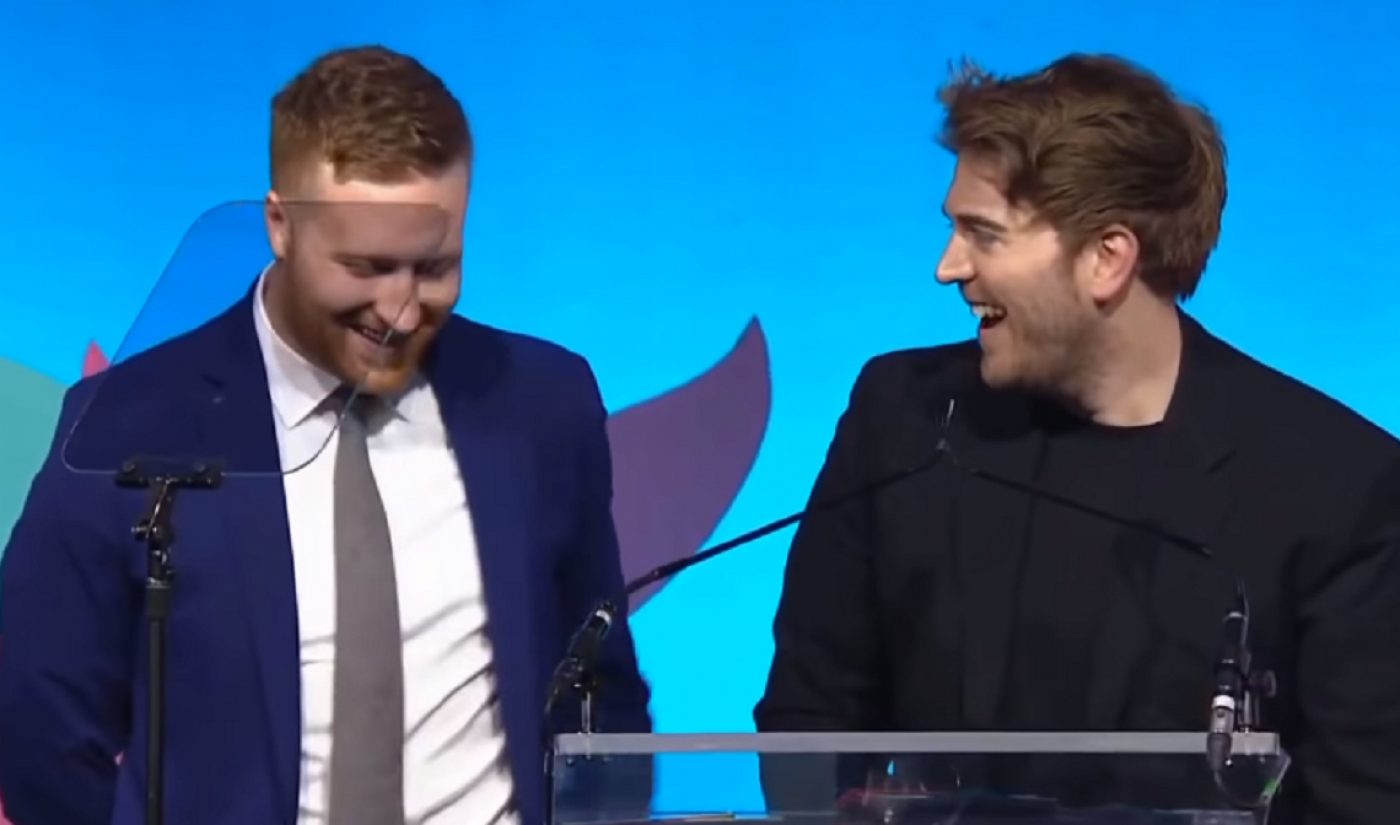 The YouTube documentarian, who has 21.5 million subscribers on the platform, won the ‘YouTuber of the Year’ award for his work on series like The Truth about TanaCon and The Mind of Jake Paul. Also up for the award were a number of other top YouTubers, including David Dobrik (12.2 million), Emma Chamberlain (7.6 million), Guava Juice (13.5 million), James Charles (16.5 million), and the featuree of his TanaCon series, Tana Mongeau (4 million).

Dawson and longtime editor Andrew Siwicki, who has worked on all of Dawson’s series, came up to accept the award together.

But it was comedian Kathy Griffin, the presenter of the award, who came back up onstage to give Dawson’s acceptance speech for him. “All right, Shane doesn’t f-cking know how to do this,” she joked, stealing the mic and towing him back to the podium.

“Hi, my name is Shane Dawson,” she said, speaking for him. “I started out exposing things about my life that were real. I was honest year after year after year, and you guys stayed with me, and you went through my trials and tribulations.

“I just want to thank you guys for helping me grow, because I did it myself,” she added. “I learned how to light. I learned how to edit. I figured it all out myself, and I love what I do, and I work my butt off, and I hope you guys still love it.”

Dawson tweeted at Griffin (who collaborated on a video with him last year) after the ceremony, thanking her for her ongoing support.

Kathy, thank you for being my hero, my mentor, and my friend. i can never express how much you mean to me and how much your words meant to me. i love u so much :,) ❤️ pic.twitter.com/v6ksezwBlM

Dawson wasn’t the only Shorty winner in his household last night. His fiancé Ryland Adams (4.1 million) took home ‘Vlogger of the Year.’

You can see Dawson (and Griffin) accept his award below.