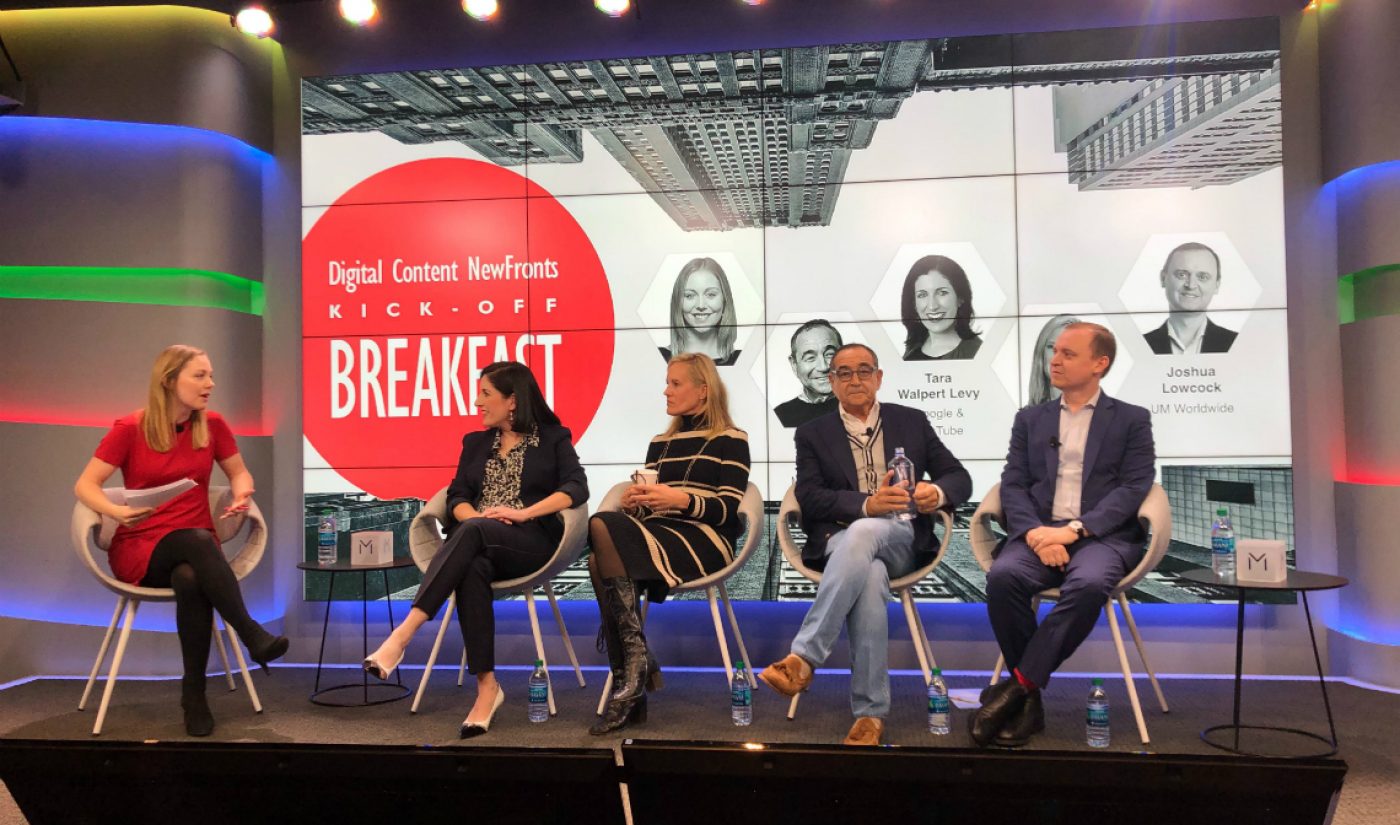 YouTube’s feeling up for a little healthy competition in the ad-supported streaming space.

Shontell chimed in, “So you actually want Facebook Watch to do that well?”

“That would be great,” Walpert Levy replied.

Facebook Watch, which launched in 2017 and went global last August, currently counts around 400 million monthly viewers, putting it far behind YouTube, which now clocks a whopping 2 billion. The streaming space is dominated by other giants with hundreds of millions of users — Netflix, Hulu, Amazon Prime Video — and is about to become even more crowded as Disney, Apple, and WarnerMedia plan to launch their own streaming services later this year.

It seems YouTube’s hoping that fiercer competition will amp up the amount of advertising dollars marketers are willing to pour into the streaming space. If more cash does come flowing in, that’ll be good for YouTube, since it’s in the midst of a major shift that’ll see all its original programming become free to watch (aka ad-supported) by 2020.

You can check out our interview with Brian Albert, managing director of media partnerships at YouTube and Google, above, and our chat with Kassan below: